Context. Despite being a commonly observed feature, the modification of the velocity structure in spectral line profiles by hyperfine structure complicates the interpretation of spectroscopic data. This is particularly true for observations of simple molecules such as CH and OH toward the inner Galaxy, which show a great deal of velocity crowding.
Aims: In this paper, we investigate the influence of hyperfine splitting on complex spectral lines, with the aim of evaluating canonical abundances by decomposing their dependence on hyperfine structures. This is achieved from first principles through deconvolution.
Methods: We present high spectral resolution observations of the rotational ground state transitions of CH near 2 THz seen in absorption toward the strong FIR-continuum sources AGAL010.62 - 00.384, AGAL034.258+00.154, AGAL327.293 - 00.579, AGAL330.954 - 00.182, AGAL332.826 - 00.549, AGAL351.581 - 00.352 and SgrB2(M). These were observed with the GREAT instrument on board SOFIA. The observed line profiles of CH were deconvolved from the imprint left by the lines' hyperfine structures using the Wiener filter deconvolution, an optimised kernel acting on direct deconvolution.
Results: The quantitative analysis of the deconvolved spectra first entails the computation of CH column densities. Reliable N(CH) values are of importance owing to the status of CH as a powerful tracer for H2 in the diffuse regions of the interstellar medium. The N(OH)/N(CH) column density ratio is found to vary within an order of magnitude with values ranging from one to 10, for the individual sources that are located outside the Galactic centre. Using CH as a surrogate for H2, we determined the abundance of the OH molecule to be X(OH) = 1.09 × 10-7 with respect to H2. The radial distribution of CH column densities along the sightlines probed in this study, excluding SgrB2(M), showcase a dual peaked distribution peaking between 5 and 7 kpc. The similarity between the correspondingly derived column density profile of H2 with that of the CO-dark H2 gas traced by the cold neutral medium component of [CII] 158 μm emission across the Galactic plane, further emphasises the use of CH as a tracer for H2. 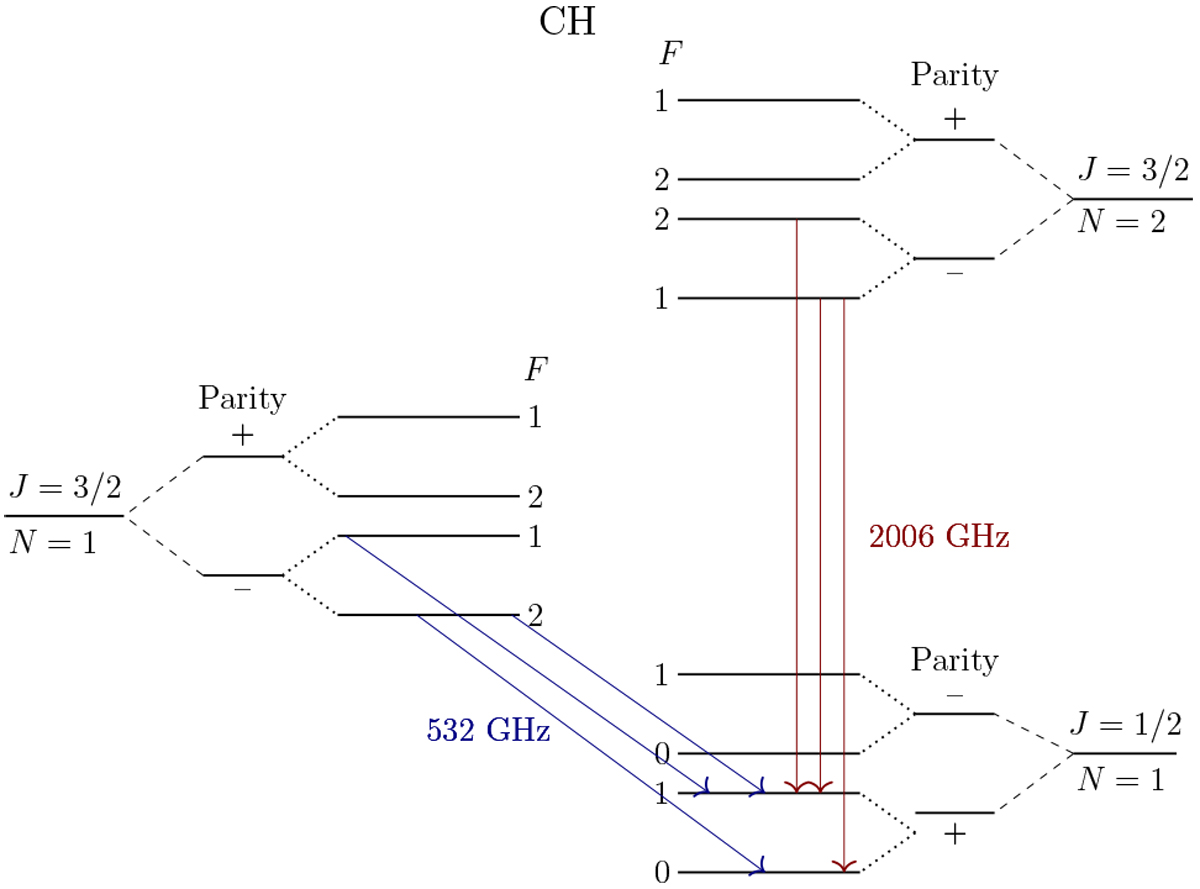