The CALIFA view on stellar angular momentum across the Hubble sequence

We present the apparent stellar angular momentum over the optical extent of 300 galaxies across the Hubble sequence using integral-field spectroscopic (IFS) data from the CALIFA survey. Adopting the same λR parameter previously used to distinguish between slow and fast rotating early-type (elliptical and lenticular) galaxies, we show that spiral galaxies are almost all fast rotators, as expected. Given the extent of our data, we provide relations for λR measured in different apertures (e.g. fractions of the effective radius: 0.5 Re, Re, 2 Re), including conversions to long-slit 1D apertures. Our sample displays a wide range of λRe values, consistent with previous IFS studies. The fastest rotators are dominated by relatively massive and highly star-forming Sb galaxies, which preferentially reside in the main star-forming sequence. These galaxies reach λRe values of ∼0.85, and they are the largest galaxies at a given mass, while also displaying some of the strongest stellar population gradients. Compared to the population of S0 galaxies, our findings suggest that fading may not be the dominant mechanism transforming spirals into lenticulars. Interestingly, we find that λRe decreases for late-type Sc and Sd spiral galaxies, with values that occasionally set them in the slow-rotator regime. While for some of them this can be explained by their irregular morphologies and/or face-on configurations, others are edge-on systems with no signs of significant dust obscuration. The latter are typically at the low-mass end, but this does not explain their location in the classical (V/σ, ɛ) and (λRe, ɛ) diagrams. Our initial investigations, based on dynamical models, suggest that these are dynamically hot disks, probably influenced by the observed important fraction of dark matter within Re. 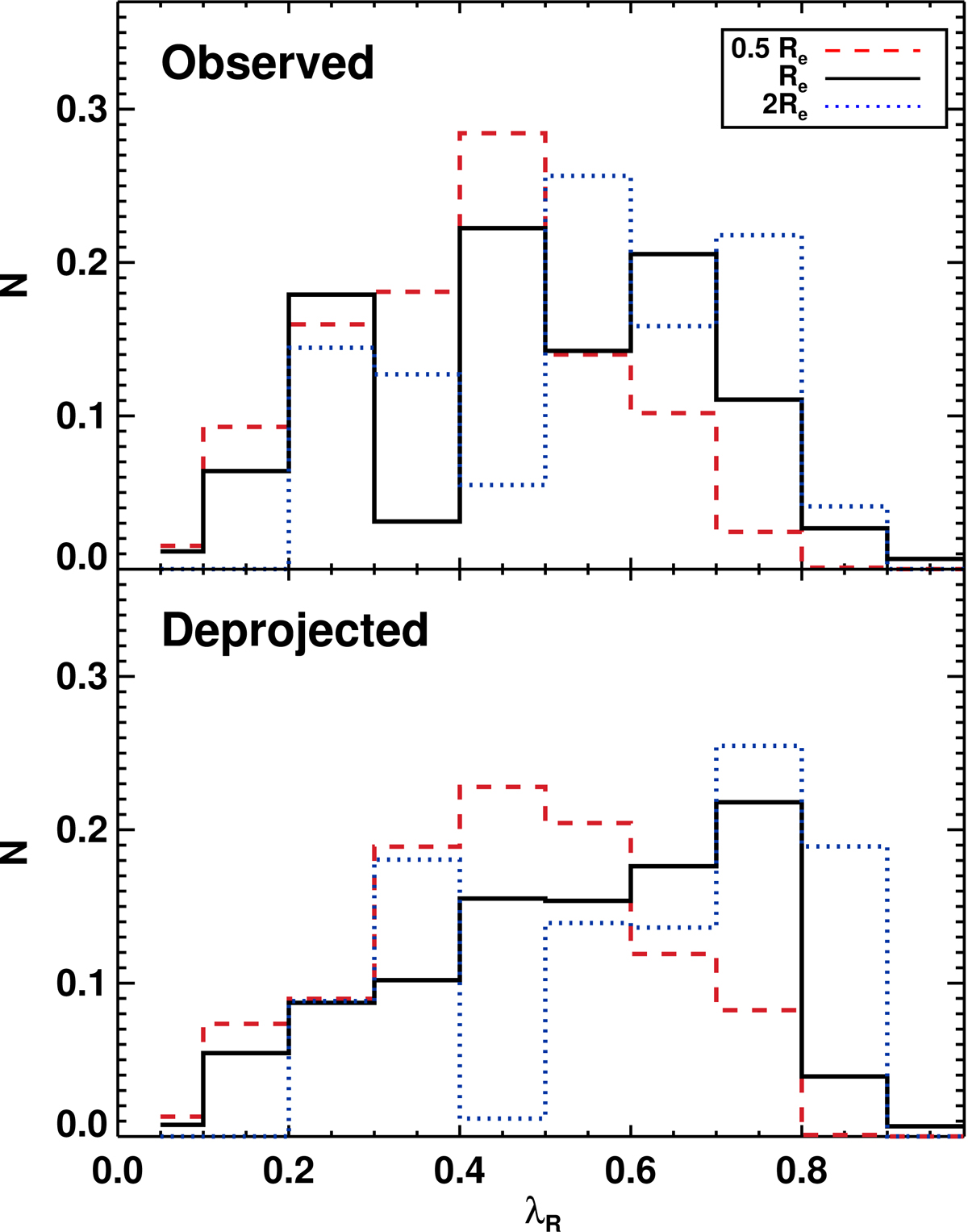