Quasar main sequence: A line or a plane

Context. A quasar main sequence is widely believed to reveal itself through objects represented in a plane spanned by two parameters: the full width at half maximum (FWHM) of Hβ and the ratio of Fe II to Hβ equivalent width. This sequence is related to the application to quasar properties of principal component analysis (PCA), which reveals that the main axis of variance (eigenvector 1) is codirectional with a strong anticorrelation between these two measurements.
Aims: We aim to determine whether the dominance of two eigenvectors, originally discovered over two decades ago, is replicated in newer high-quality quasar samples. If so, we aim to test whether a nonlinear approach is an improvement on the linear PCA method by finding two new parameters that represent a more accurate projection of the variances than the eigenvectors recovered from PCA.
Methods: We selected quasars from the X-shooter archive and a major quasar catalog to build high-quality samples. These samples were tested with PCA.
Results: We find that the new high-quality samples indeed have two dominant eigenvectors as originally discovered. Subsequently, we find that fitting a nonlinear decay curve to the main sequence allows a new plane spanned by linearly independent axes to be defined; this is based on the distance along the decay curve as the main axis and the distance of each quasar data point from the curve as the secondary axis, respectively.
Conclusions: The results show that it is possible to define a new plane based on the quasar main sequence, which accounts for the majority of the variance. The most likely candidate for the new main axis is an anticorrelation with a black hole mass. In this case the secondary axis likely represents luminosity. However, given the results of previous studies, the inclination angle likely plays a role in the Hβ width. 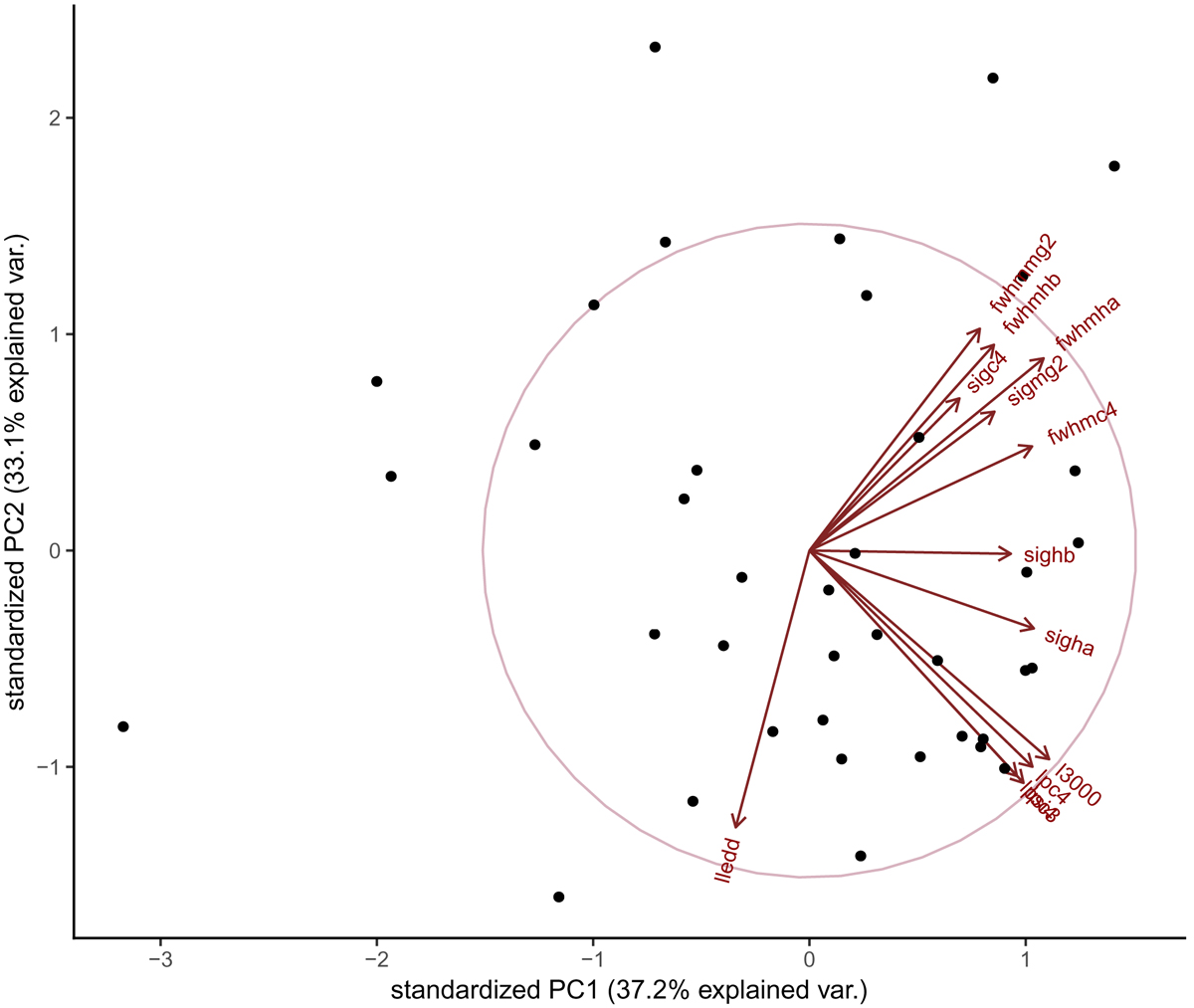