We carried out a detailed strong lensing analysis of a sub-sample of eight galaxy clusters of the Cluster Lensing And Supernova survey with Hubble (CLASH) in the redshift range of zcluster = [0.23 - 0.59] using extensive spectroscopic information, primarily from the Multi Unit Spectroscopic Explorer (MUSE) archival data and complemented with CLASH-VLT redshift measurements. The observed positions of the multiple images of strongly lensed background sources were used to constrain parametric models describing the cluster total mass distributions. Different models were tested in each cluster depending on the complexity of its mass distribution and on the number of detected multiple images. Four clusters show more than five spectroscopically confirmed multiple image families. In this sample, we did not make use of families that are only photometrically identified in order to reduce model degeneracies between the values of the total mass of a cluster source redshifts, in addition to systematics due to the potential misidentifications of multiple images. For the remaining four clusters, we used additional families without any spectroscopic confirmation to increase the number of strong lensing constraints up to the number of free parameters in our parametric models. We present spectroscopic confirmation of 27 multiply lensed sources, with no previous spectroscopic measurements, spanning over the redshift range of zsrc = [0.7 - 6.1]. Moreover, we confirm an average of 48 galaxy members in the core of each cluster thanks to the high efficiency and large field of view of MUSE. We used this information to derive precise strong lensing models, projected total mass distributions, and magnification maps. We show that, despite having different properties (i.e. number of mass components, total mass, redshift, etc.), the projected total mass and mass density profiles of all clusters have very similar shapes when rescaled by independent measurements of M200c and R200c. Specifically, we measured the mean value of the projected total mass of our cluster sample within 10 (20)% of R200c to be 0.13 (0.32) of M200c, with a remarkably small scatter of 5 (6)%. Furthermore, the large number of high-z sources and the precise magnification maps derived in this work for four clusters add up to the sample of high-quality gravitational telescopes to be used to study the faint and distant Universe. 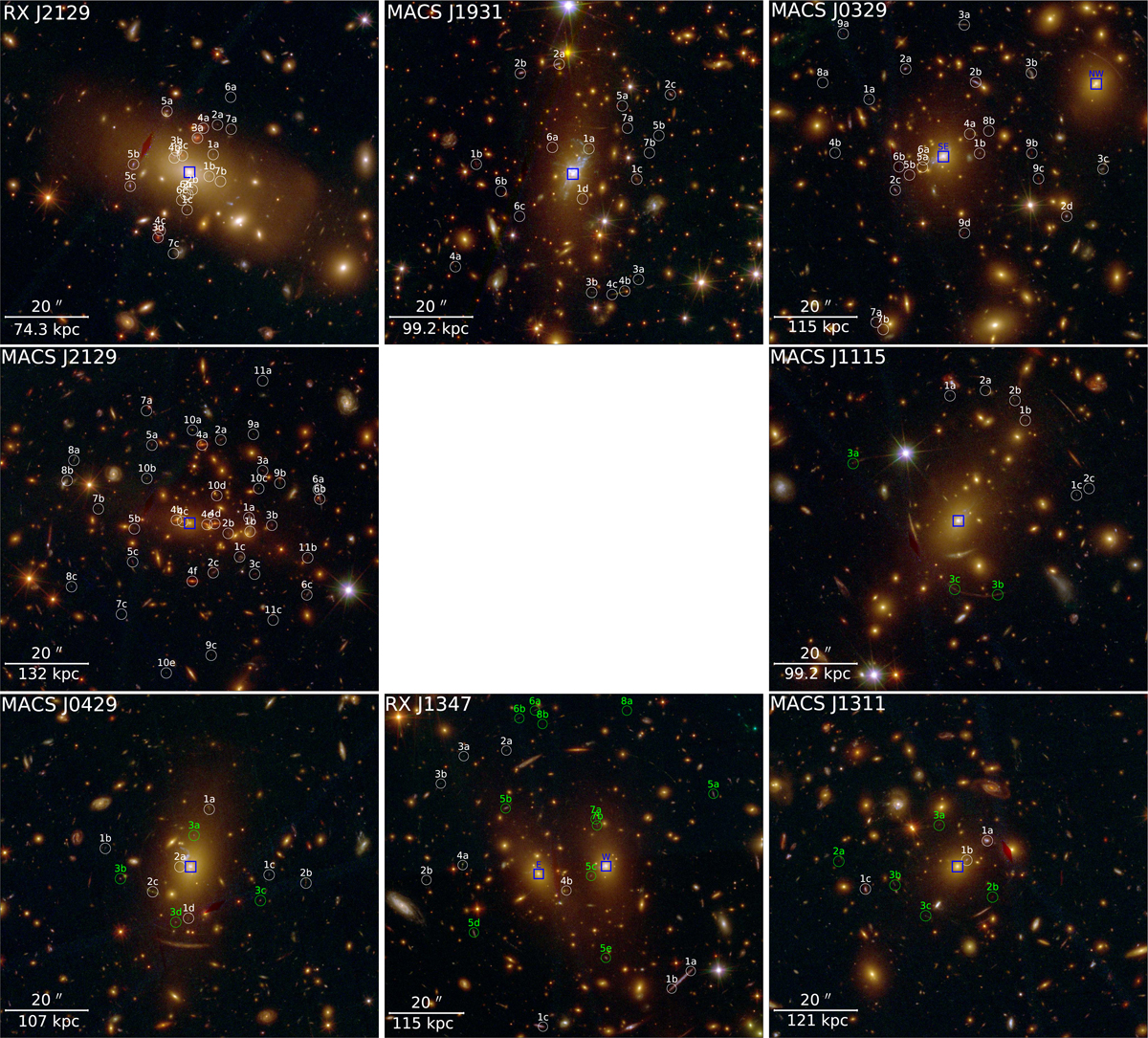