First detection of [13C II] in the Large Magellanic Cloud

Context. [13C II] observations in several Galactic sources show that the fine-structure [12C II] emission is often optically thick (the optical depths around 1 to a few).
Aims: Our goal was to test whether this also affects the [12C II] emission from nearby galaxies like the Large Magellanic Cloud (LMC).
Methods: We observed three star-forming regions in the LMC with upGREAT on board SOFIA at the frequency of the [C II] line. The 4 GHz bandwidth covers all three hyperfine lines of [13C II] simultaneously. For the analysis, we combined the [13C II] F = 1-0 and F = 1-1 hyperfine components as they do not overlap with the [12C II] line in velocity.
Results: Three positions in N159 and N160 show an enhancement of [13C II] compared to the abundance-ratio-scaled [12C II] profile. This is likely due to the [12C II] line being optically thick, supported by the fact that the [13C II] line profile is narrower than [12C II], the enhancement varies with velocity, and the peak velocity of [13C II] matches the [O I] 63 μm self-absorption. The [12C II] line profile is broader than expected from a simple optical depth broadening of the [13C II] line, supporting the scenario of several PDR components in one beam having varying [12C II] optical depths. The derived [12C II] optical depth at three positions (beam size of 14″, corresponding to 3.4 pc) is 1-3, which is similar to values observed in several Galactic sources shown in previous studies. If this also applies to distant galaxies, the [C II] intensity will be underestimated by a factor of approximately 2. 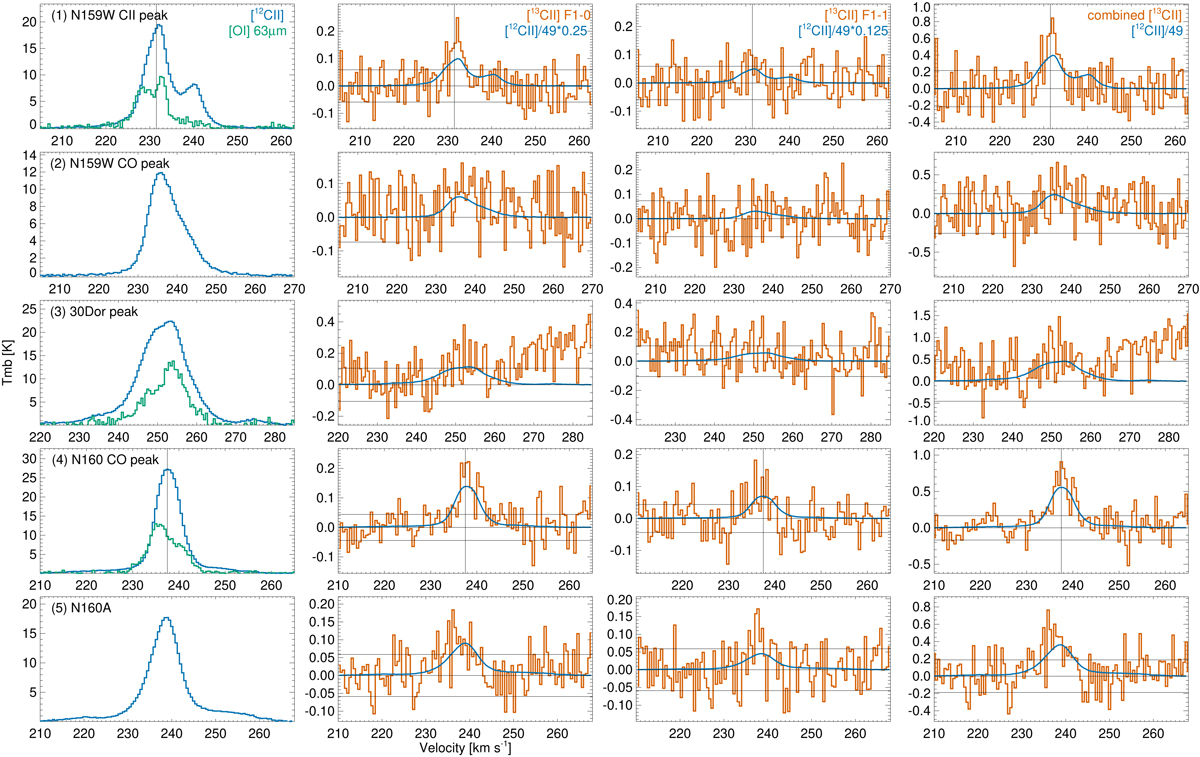