Context. Magnetic fields can significantly affect the star formation process. The theory of the magnetically driven collapse in a uniform field predicts that the contraction initially happens along the field lines. When the gravitational pull grows strong enough, the magnetic field lines pinch inwards, giving rise to a characteristic hourglass shape.
Aims: We investigate the magnetic field structure of a young Class 0 object, IRAS 15398-3359, embedded in the Lupus I cloud. Previous observations at large scales have suggested that this source evolved in an highly magnetised environment. This object thus appears to be an ideal candidate to study the magnetically driven core collapse in the low-mass regime.
Methods: We performed polarisation observations of IRAS 15398-3359 at 214 μm using the SOFIA telescope, thus tracing the linearly polarised thermal emission of cold dust.
Results: Our data unveil a significant bend of the magnetic field lines from the gravitational pull. The magnetic field appears ordered and aligned with the large-scale B-field of the cloud and with the outflow direction. We estimate a magnetic field strength of B = 78 μG, which is expected to be accurate within a factor of two. The measured mass-to-flux parameter is λ = 0.95, indicating that the core is in a transcritical regime. 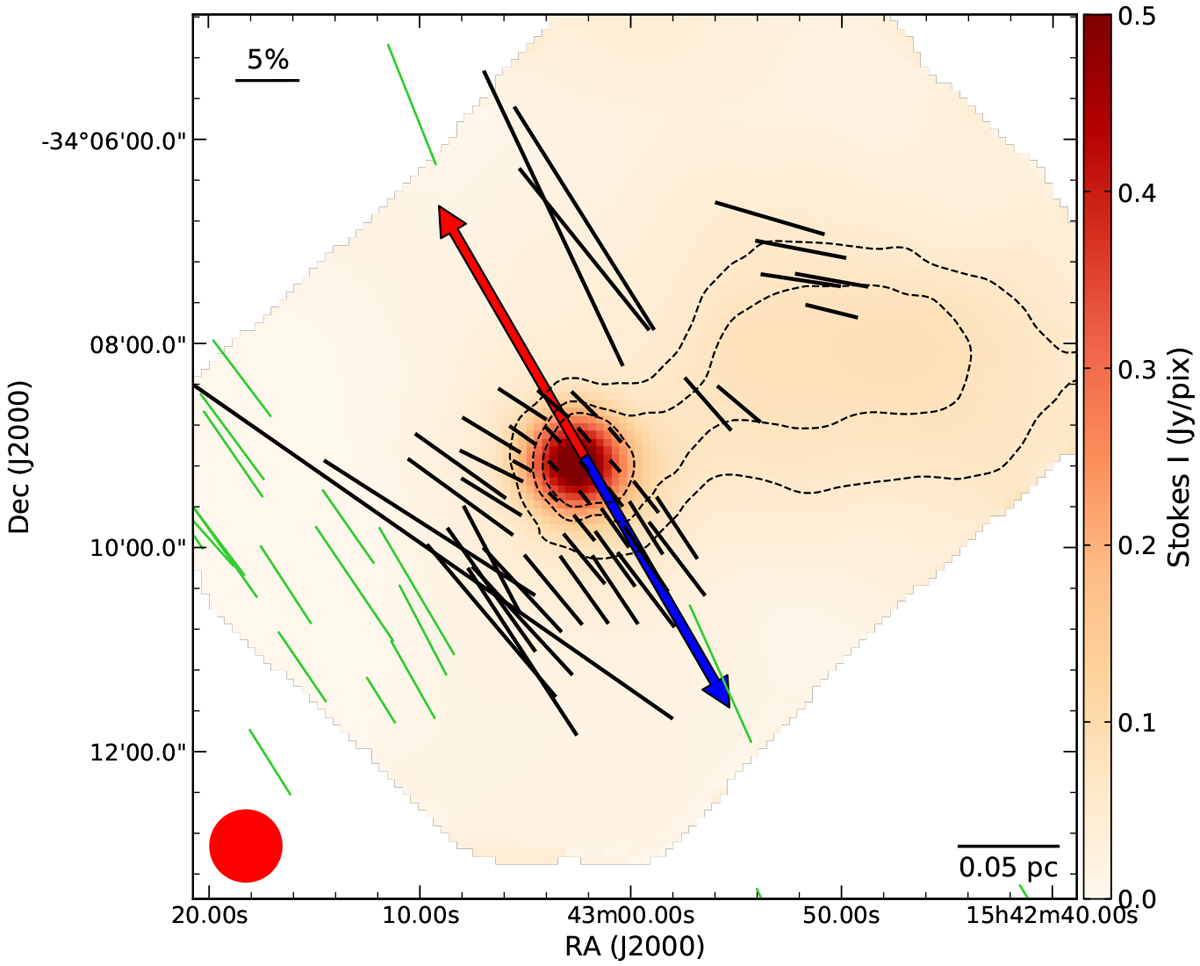