A comprehensive study of NGC 2345, a young open cluster with a low metallicity

Context. NGC 2345 is a young open cluster that hosts seven blue and red supergiants, low metallicity, and a high fraction of Be stars, which makes it a privileged laboratory to study stellar evolution.
Aims: We aim to improve the determination of the cluster parameters and study the Be phenomenon. Our objective is also to characterise the seven evolved stars found in NGC 2345 by deriving their atmospheric parameters and chemical abundances.
Methods: We performed a complete analysis combining for the first time ubvy photometry with spectroscopy as well as the Gaia Data Release 2. We obtained spectra with classification purposes for 76 stars and high-resolution spectroscopy for an in-depth analysis of the blue and red evolved stars.
Results: We identify a new red supergiant and 145 B-type likely members within a radius of 18.7 ± 1.2 arcmin, which implies an initial mass, Mcl ≈ 5200 M⊙. We find a distance of 2.5 ± 0.2 kpc for NGC 2345, placing it at RGC = 10.2 ± 0.2 kpc. Isochrone fitting supports an age of 56 ± 13 Ma, implying masses around 6.5 M⊙ for the supergiants. A high fraction of Be stars (≈10%) is found. From the spectral analysis we estimate an average vrad = +58.6 ± 0.5 km s-1 and a low metallicity, [Fe/H] = -0.28 ± 0.07, for the cluster. We also determine chemical abundances for Li, O, Na, Mg, Si, Ca, Ti, Ni, Rb, Y, and Ba for the evolved stars. The chemical composition of the cluster is consistent with that of the Galactic thin disc. One of the K supergiants, S50, is a Li-rich star, presenting an A(Li) ≈ 2.1. An overabundance of Ba is found, supporting the enhanced s-process.
Conclusions: NGC 2345 has a low metallicity for its Galactocentric distance, which is comparable to typical Large Magellanic Cloud stars. It is massive enough to serve as a test bed for theoretical evolutionary models for massive intermediate-mass stars. 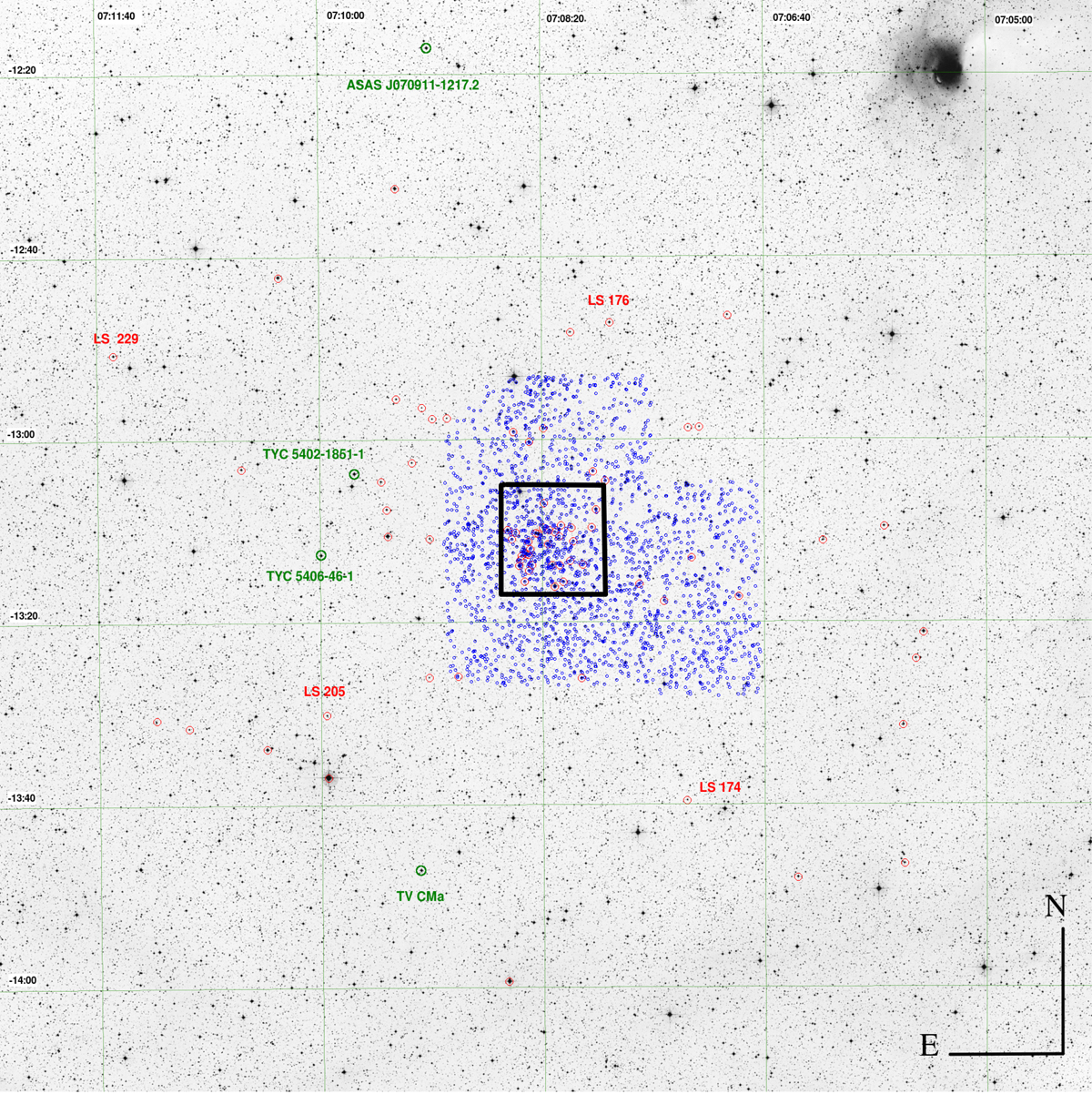