Context. Understanding the evolutionary history of the Magellanic Clouds requires an in-depth exploration and characterization of the stellar content in their outer regions, which ultimately are key to tracing the epochs and nature of past interactions.
Aims: We present new deep images of a shell-like overdensity of stars in the outskirts of the Small Magellanic Cloud (SMC). The shell, also detected in photographic plates dating back to the fifties, is located at ∼1.9° from the center of the SMC in the north-east direction.
Methods: The structure and stellar content of this feature were studied with multiband, optical data from the Survey of the MAgellanic Stellar History (SMASH) carried out with the Dark Energy Camera on the Blanco Telescope at Cerro Tololo Inter-American Observatory. We also investigate the kinematic of the stars in the shell using the Gaia Data Release 2.
Results: The shell is composed of a young population with an age ∼150 Myr, with no contribution from an old population. Thus, it is hard to explain its origin as the remnant of a tidally disrupted stellar system. The spatial distribution of the young main-sequence stars shows a rich sub-structure, with a spiral arm-like feature emanating from the main shell and a separated small arc of young stars close to the globular cluster NGC 362. We find that the absolute g-band magnitude of the shell is Mg, shell = -10.78 ± 0.02, with a surface brightness of μg, shell = 25.81 ± 0.01 mag arcsec-2. Conclusion. We have not found any evidence that this feature is of tidal origin or a bright part of a spiral arm-like structure. Instead, we suggest that the shell formed in a recent star formation event, likely triggered by an interaction with the Large Magellanic Cloud and or the Milky Way, ∼150 Myr ago. 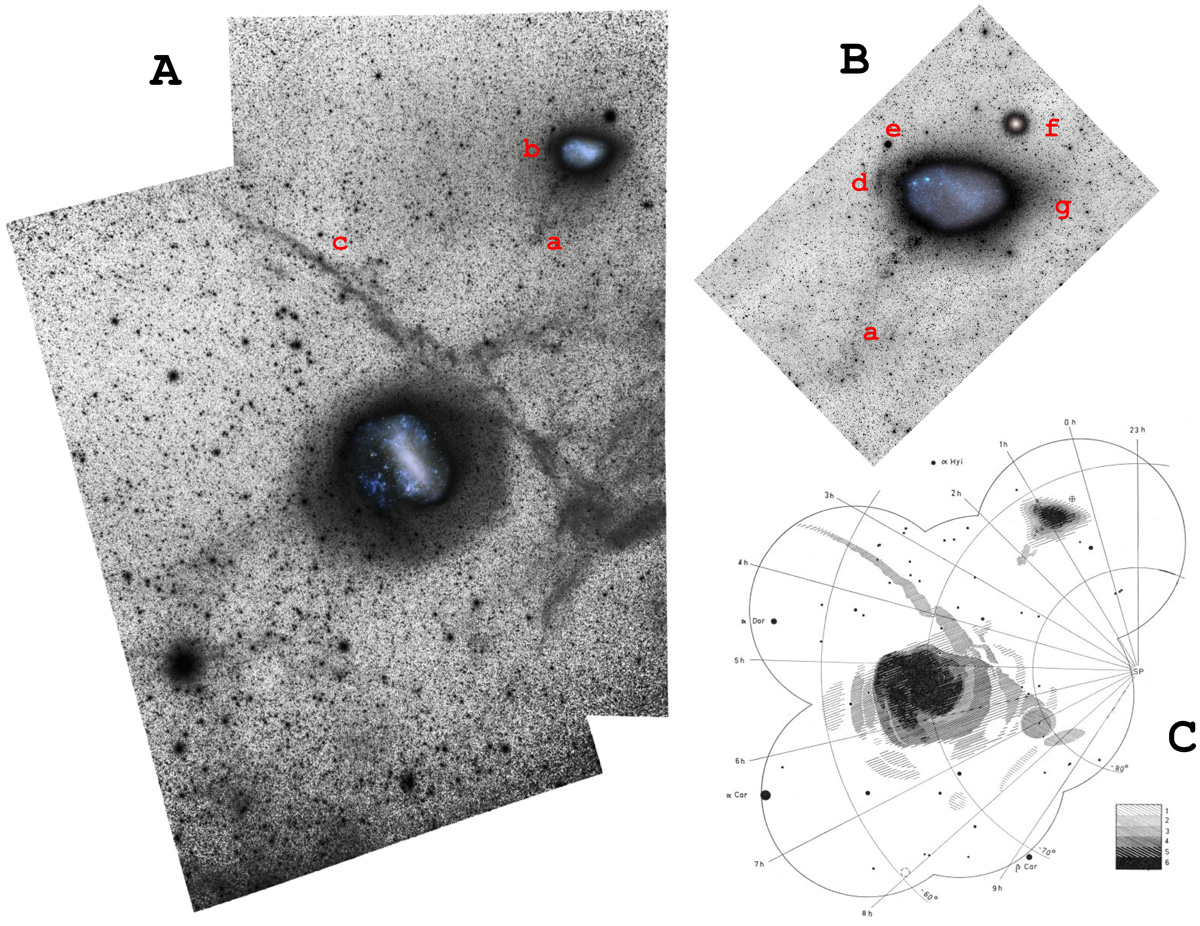