MASCARA-3b. A hot Jupiter transiting a bright F7 star in an aligned orbit

We report the discovery of MASCARA-3b, a hot Jupiter orbiting its bright (V = 8.33) late F-type host every 5.55149 ± 0.00001 days in an almost circular orbit (e = 0.050-0.017+0.020). This is the fourth exoplanet discovered with the Multi-site All-Sky CAmeRA (MASCARA), and the first of these that orbits a late-type star. Follow-up spectroscopic measurements were obtained in and out of transit with the Hertzsprung SONG telescope. Combining the MASCARA photometry and SONG radial velocities reveals a radius and mass of 1.36 ± 0.05 RJup and 4.2 ± 0.2 MJup. In addition, SONG spectroscopic transit observations were obtained on two separate nights. From analyzing the mean out-of-transit broadening function, we obtain v sin i⋆ = 20.4 ± 0.4 km s-1. In addition, investigating the Rossiter-McLaughlin effect, as observed in the distortion of the stellar lines directly and through velocity anomalies, we find the projected obliquity to be λ = 1.2-7.4+8.2 deg, which is consistent with alignment. 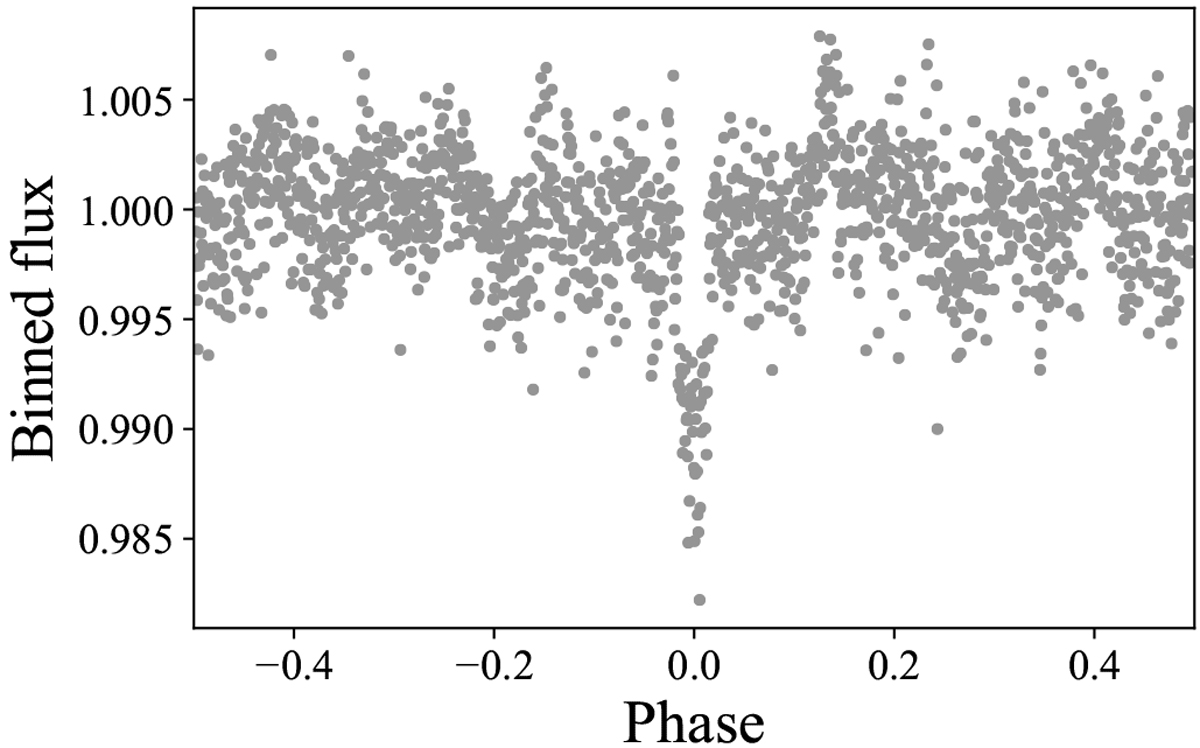