Context. Although recent observations and theoretical simulations have pointed out that accretion disks and jets can be essential for the formation of stars with a mass of up to at least 20 M⊙, the processes regulating mass accretion and ejection are still uncertain.
Aims: The goal of the Protostellar Outflows at the EarliesT Stages (POETS) survey is to image the disk-outflow interface on scales of 10-100 au in a statistically significant sample (36) of luminous young stellar objects (YSO), targeting both the molecular and ionized components of the outflows.
Methods: The outflow kinematics is studied at milliarcsecond scales through very long baseline interferometry (VLBI) observations of the 22 GHz water masers, which are ideal test particles to measure the three-dimensional (3D) motion of shocks owing to the interaction of winds and jets with ambient gas. We employed the Jansky Very Large Array (JVLA) at 6, 13, and 22 GHz in the A- and B-Array configurations to determine the spatial structure and the spectral index of the radio continuum emission, and address its nature.
Results: In about half of the targets, the water masers observed at separation ≤1000 au from the YSOs trace either or both of these kinematic structures: (1) a spatially elongated distribution oriented at close angle with the direction of collimation of the maser proper motions (PM), and (2) a linear local standard of rest (LSR) velocity (VLSR) gradient across the YSO position. The kinematic structure (1) is readily interpreted in terms of a protostellar jet, as confirmed in some targets via the comparison with independent observations of the YSO jets, in thermal (continuum and line) emissions, reported in the literature. The kinematic structure (2) is interpreted in terms of a disk-wind (DW) seen almost edge-on on the basis of several pieces of evidence: first, it is invariably directed perpendicular to the YSO jet; second, it agrees in orientation and polarity with the VLSR gradient in thermal emissions (when reported in the literature) identifying the YSO disk at scales of ≤1000 au; third, the PMs of the masers delineating the VLSR gradients hint at flow motions at a speed of 10-20 km s-1 directed at large angles with the disk midplane. In the remaining targets, the maser PMs are not collimated but rather tend to align along two almost perpendicular directions. To explain this peculiar PM distribution, and in light of the observational bias strongly favoring masers moving close to the plane of sky, we propose that, in these sources, the maser emission could originate in DW-jet systems slightly inclined (≤30°) with respect to edge-on. Magneto-centrifugally driven DWs could in general account for the observed velocity patterns of water masers. 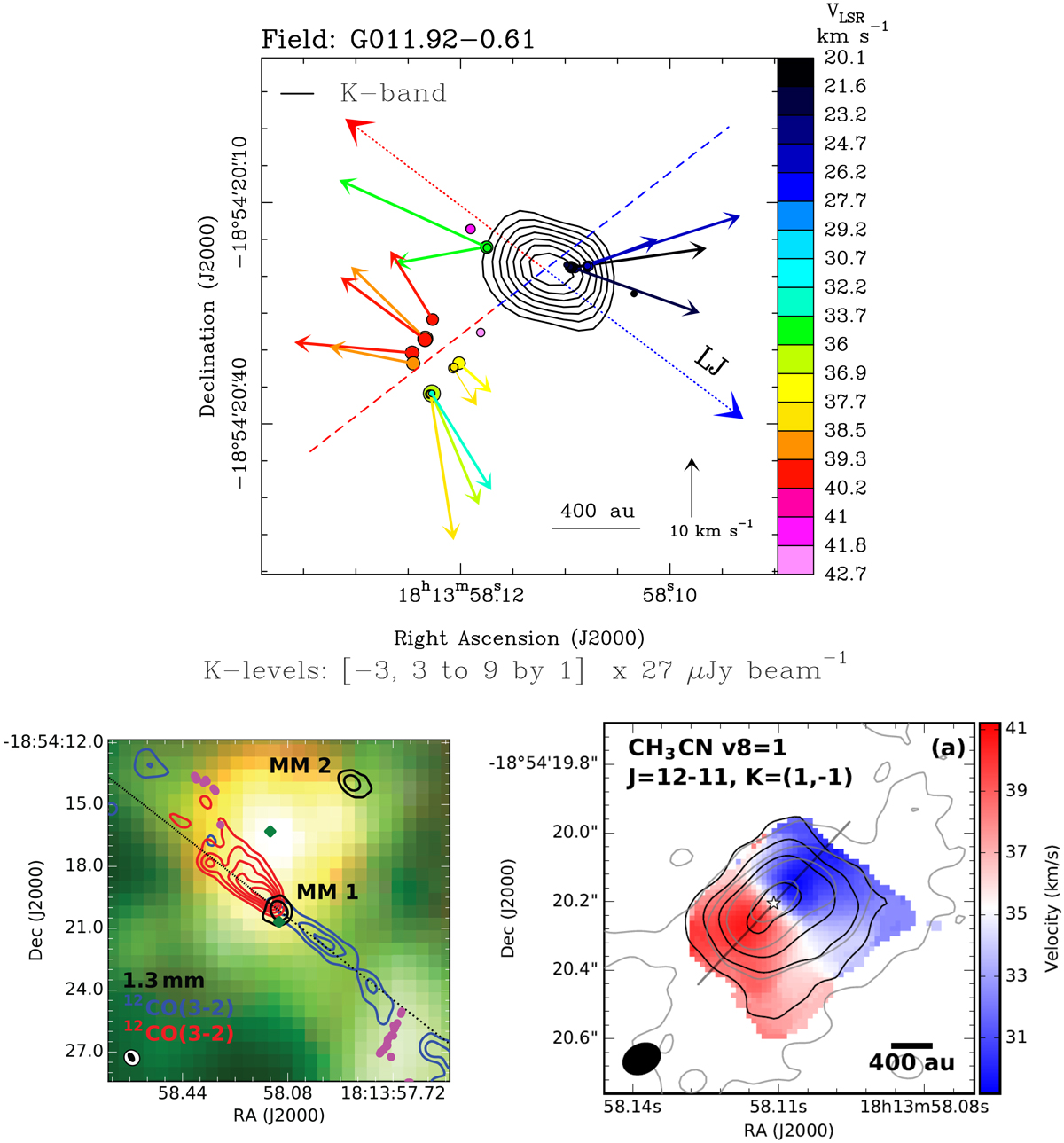