Context. We started a multi-scale analysis of star formation in G202.3+2.5, an intertwined filamentary sub-region of the Monoceros OB1 molecular complex, in order to provide observational constraints on current theories and models that attempt to explain star formation globally. In the first paper (Paper I), we examined the distributions of dense cores and protostars and found enhanced star formation activity in the junction region of the filaments.
Aims: In this second paper, we aim to unveil the connections between the core and filament evolutions, and between the filament dynamics and the global evolution of the cloud.
Methods: We characterise the gas dynamics and energy balance in different parts of G202.3+2.5 using infrared observations from the Herschel and WISE telescopes and molecular tracers observed with the IRAM 30-m and TRAO 14-m telescopes. The velocity field of the cloud is examined and velocity-coherent structures are identified, characterised, and put in perspective with the cloud environment.
Results: Two main velocity components are revealed, well separated in radial velocities in the north and merged around the location of intense N2H+ emission in the centre of G202.3+2.5 where Paper I found the peak of star formation activity. We show that the relative position of the two components along the sightline, and the velocity gradient of the N2H+ emission imply that the components have been undergoing collision for 105 yr, although it remains unclear whether the gas moves mainly along or across the filament axes. The dense gas where N2H+ is detected is interpreted as the compressed region between the two filaments, which corresponds to a high mass inflow rate of 1 × 10-3 M☉ yr-1 and possibly leads to a significant increase in its star formation efficiency. We identify a protostellar source in the junction region that possibly powers two crossed intermittent outflows. We show that the H II region around the nearby cluster NCG 2264 is still expanding and its role in the collision is examined. However, we cannot rule out the idea that the collision arises mostly from the global collapse of the cloud.
Conclusions: The (sub-)filament-scale observables examined in this paper reveal a collision between G202.3+2.5 sub-structures and its probable role in feeding the cores in the junction region. To shed more light on this link between core and filament evolutions, one must characterise the cloud morphology, its fragmentation, and magnetic field, all at high resolution. We consider the role of the environment in this paper, but a larger-scale study of this region is now necessary to investigate the scenario of a global cloud collapse. 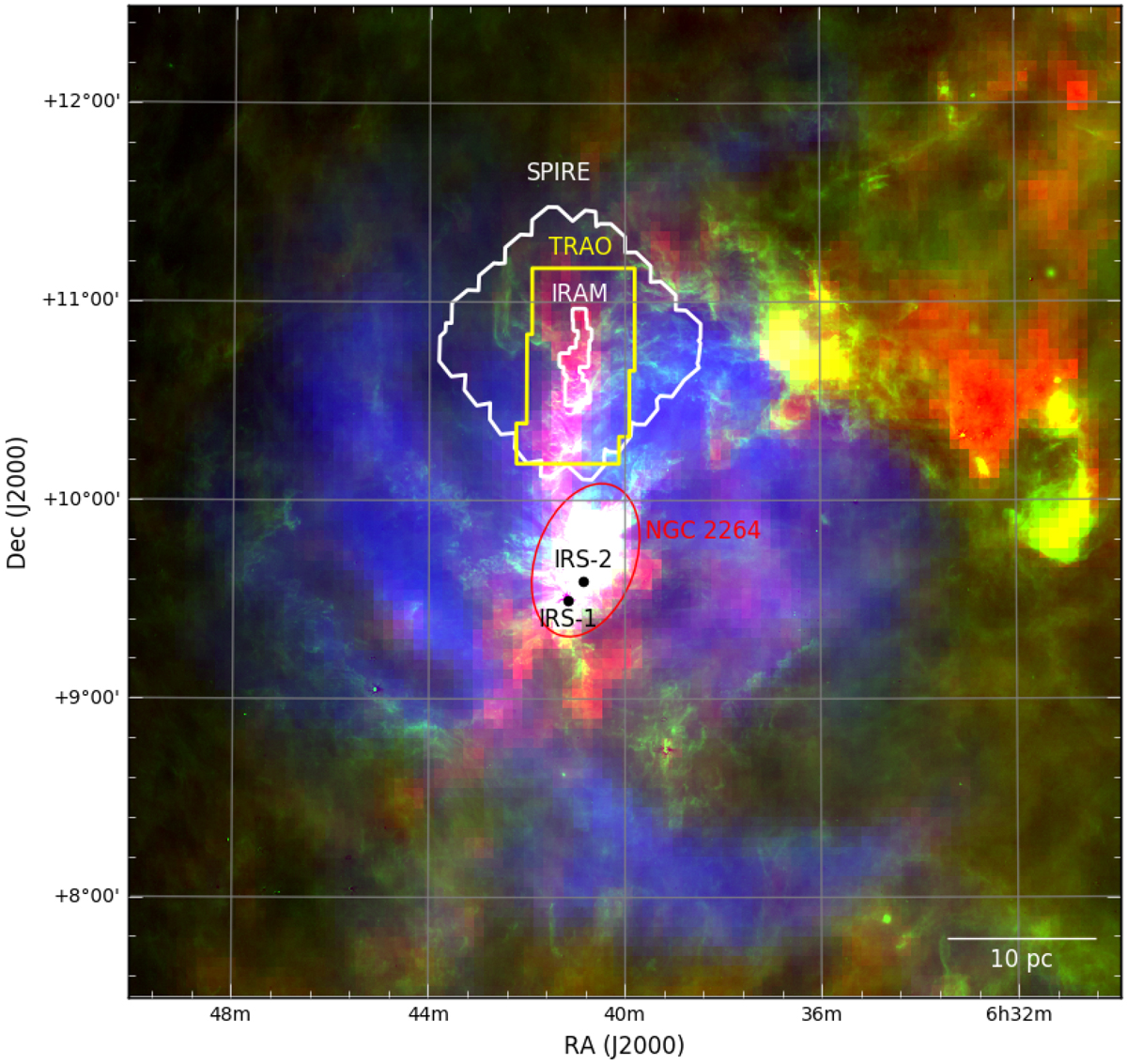