Context. The TESS and PLATO missions are expected to find vast numbers of new transiting planet candidates. However, only a fraction of these candidates will be legitimate planets, and the candidate validation will require a significant amount of follow-up resources. Radial velocity (RV) follow-up study can be carried out only for the most promising candidates around bright, slowly rotating, stars. Thus, before devoting RV resources to candidates, they need to be vetted using cheaper methods, and, in the cases for which an RV confirmation is not feasible, the candidate's true nature needs to be determined based on these alternative methods alone.
Aims: We study the applicability of multicolour transit photometry in the validation of transiting planet candidates when the candidate signal arises from a real astrophysical source (transiting planet, eclipsing binary, etc.), and not from an instrumental artefact. Particularly, we aim to answer how securely we can estimate the true uncontaminated star-planet radius ratio when the light curve may contain contamination from unresolved light sources inside the photometry aperture when combining multicolour transit observations with a physics-based contamination model in a Bayesian parameter estimation setting. More generally, we study how the contamination level, colour differences between the planet host and contaminant stars, transit signal-to-noise ratio, and available prior information affect the contamination and true radius ratio estimates.
Methods: The study is based on simulations and ground-based multicolour transit observations. The contamination analyses were carried out with a contamination model integrated into the PYTRANSIT v2 transit modelling package, and the observations were carried out with the MuSCAT2 multicolour imager installed in the 1.5 m Telescopio Carlos Sanchez in the Teide Observatory, in Tenerife.
Results: We show that multicolour transit photometry can be used to estimate the amount of flux contamination and the true radius ratio. Combining the true radius ratio with an estimate for the stellar radius yields the true absolute radius of the transiting object, which is a valuable quantity in statistical candidate validation, and enough in itself to validate a candidate whose radius falls below the theoretical lower limit for a brown dwarf. 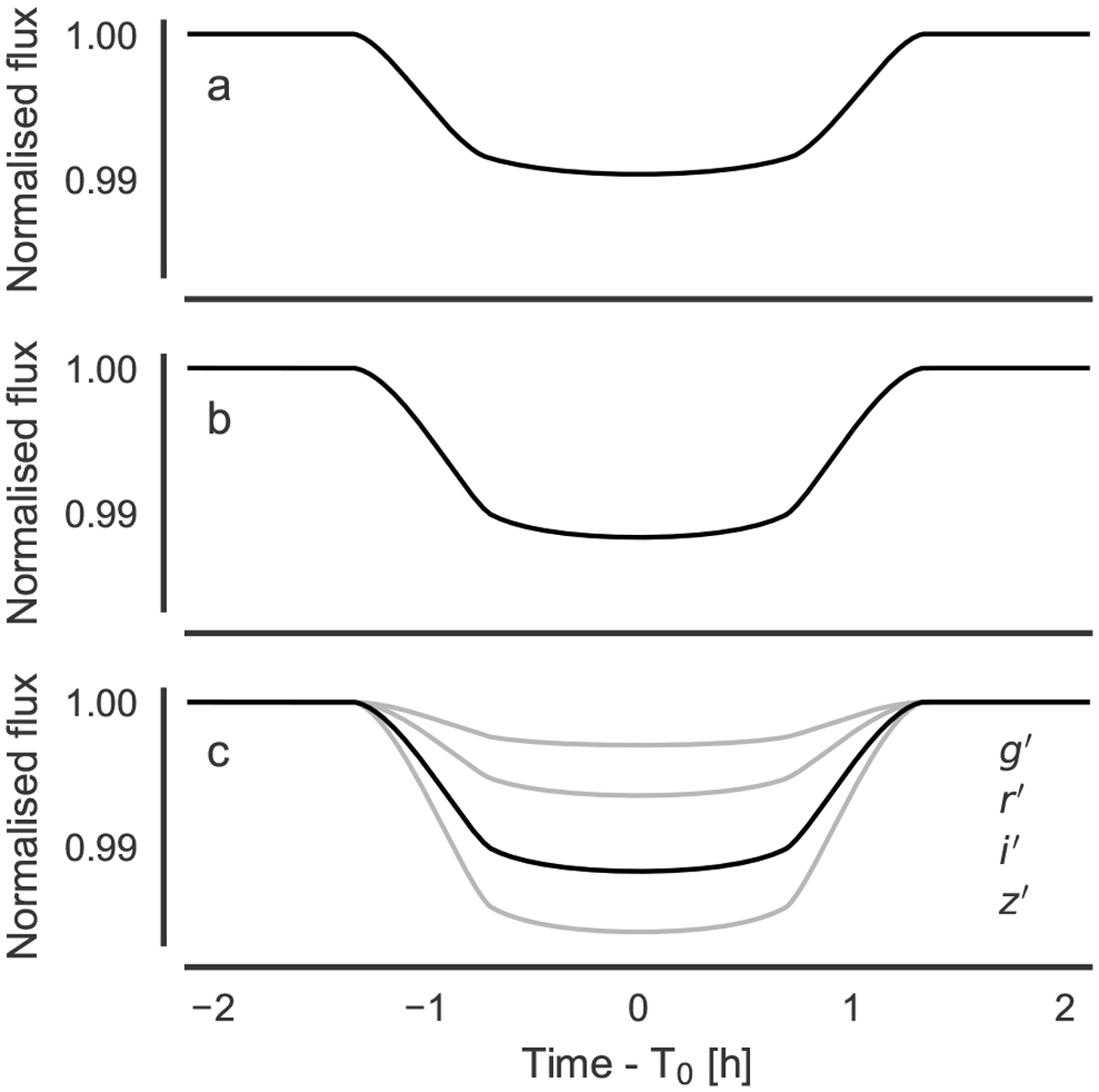