Aims: We present a comprehensive dataset of optical and near-infrared photometry and spectroscopy of type Ia supernova (SN) 2016hnk, combined with integral field spectroscopy (IFS) of its host galaxy, MCG -01-06-070, and nearby environment. Our goal with this complete dataset is to understand the nature of this peculiar object.
Methods: Properties of the SN local environment are characterized by means of single stellar population synthesis applied to IFS observations taken two years after the SN exploded. We performed detailed analyses of SN photometric data by studying its peculiar light and color curves. SN 2016hnk spectra were compared to other 1991bg-like SNe Ia, 2002es-like SNe Ia, and Ca-rich transients. In addition, we used abundance stratification modeling to identify the various spectral features in the early phase spectral sequence and also compared the dataset to a modified non-LTE model previously produced for the sublumnious SN 1999by.
Results: SN 2016hnk is consistent with being a subluminous (MB = -16.7 mag, sBV=0.43 ± 0.03), highly reddened object. The IFS of its host galaxy reveals both a significant amount of dust at the SN location, residual star formation, and a high proportion of old stellar populations in the local environment compared to other locations in the galaxy, which favors an old progenitor for SN 2016hnk. Inspection of a nebular spectrum obtained one year after maximum contains two narrow emission lines attributed to the forbidden [Ca II] λλ7291,7324 doublet with a Doppler shift of 700 km s-1. Based on various observational diagnostics, we argue that the progenitor of SN 2016hnk was likely a near Chandrasekhar-mass (MCh) carbon-oxygen white dwarf that produced 0.108 M⊙ of 56Ni. Our modeling suggests that the narrow [Ca II] features observed in the nebular spectrum are associated with 48Ca from electron capture during the explosion, which is expected to occur only in white dwarfs that explode near or at the MCh limit. 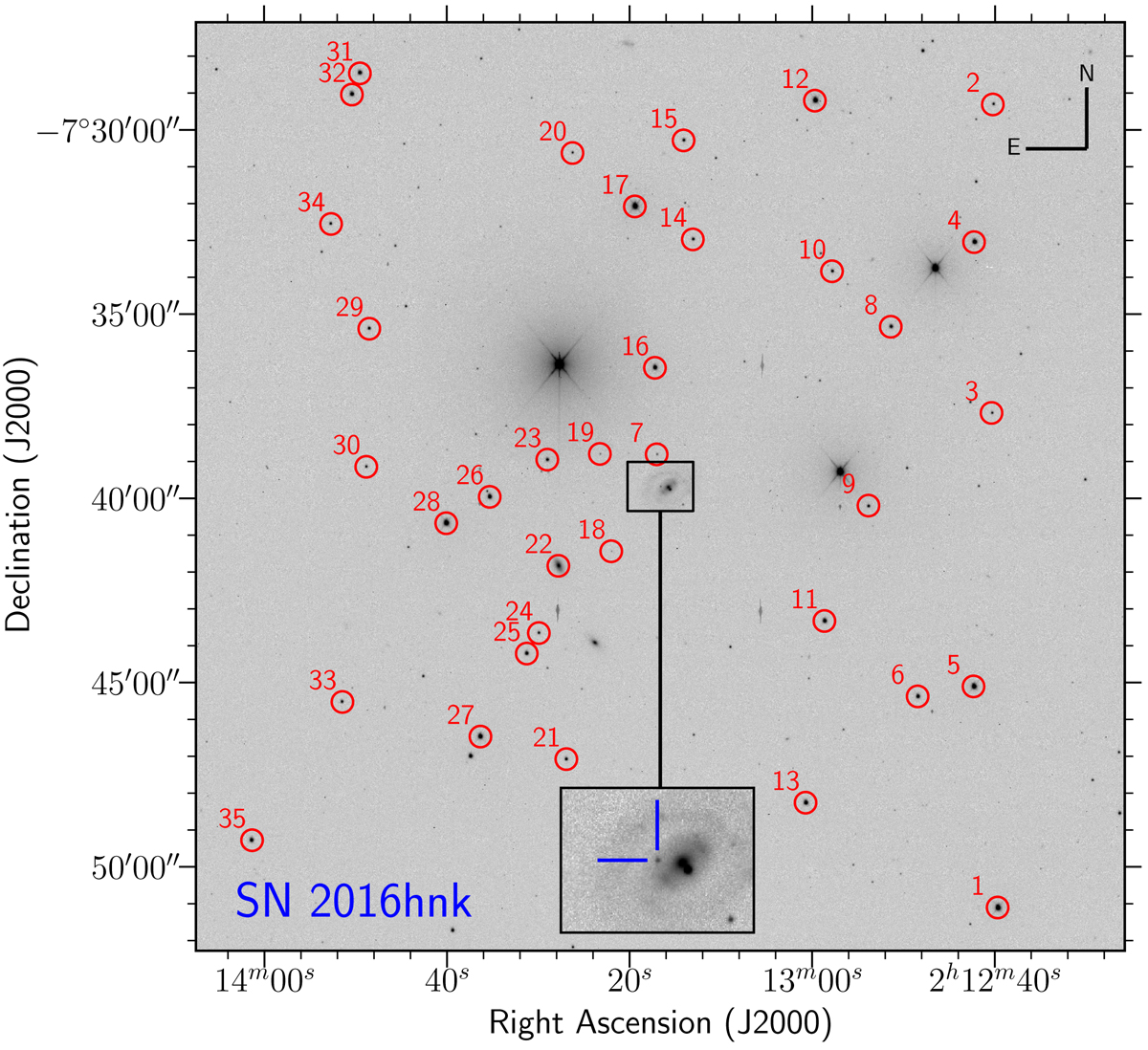