Context. We present molecular line and dust continuum observations of a Planck-detected cold cloud, G074.11+00.11. The cloud consists of a system of curved filaments and a central star-forming clump. The clump is associated with several infrared sources and H2O maser emission.
Aims: We aim to determine the mass distribution and gas dynamics within the clump to investigate if the filamentary structure seen around the clump repeats itself on a smaller scale, and to estimate the fractions of mass contained in dense cores and filaments. The velocity distribution of pristine dense gas can be used to investigate the global dynamical state of the clump, the role of filamentary inflows, filament fragmentation, and core accretion.
Methods: We used molecular line and continuum observations from single dish observatories and interferometric facilities to study the kinematics of the region.
Results: The molecular line observations show that the central clump may have formed as a result of a large-scale filament collision. The central clump contains three compact cores. Assuming a distance of 2.3 kpc, based on Gaia observations and a three-dimensional extinction method of background stars, the mass of the central clump exceeds 700 M☉, which is roughly 25% of the total mass of the cloud. Our virial analysis suggests that the central clump and all identified substructures are collapsing. We find no evidence for small-scale filaments associated with the cores.
Conclusions: Our observations indicate that the clump is fragmented into three cores with masses in the range [10, 50] M☉ and that all three are collapsing. The presence of an H2O maser emission suggests active star formation. However, the CO lines show only weak signs of outflows. We suggest that the region is young and any processes leading to star formation have just recently begun. 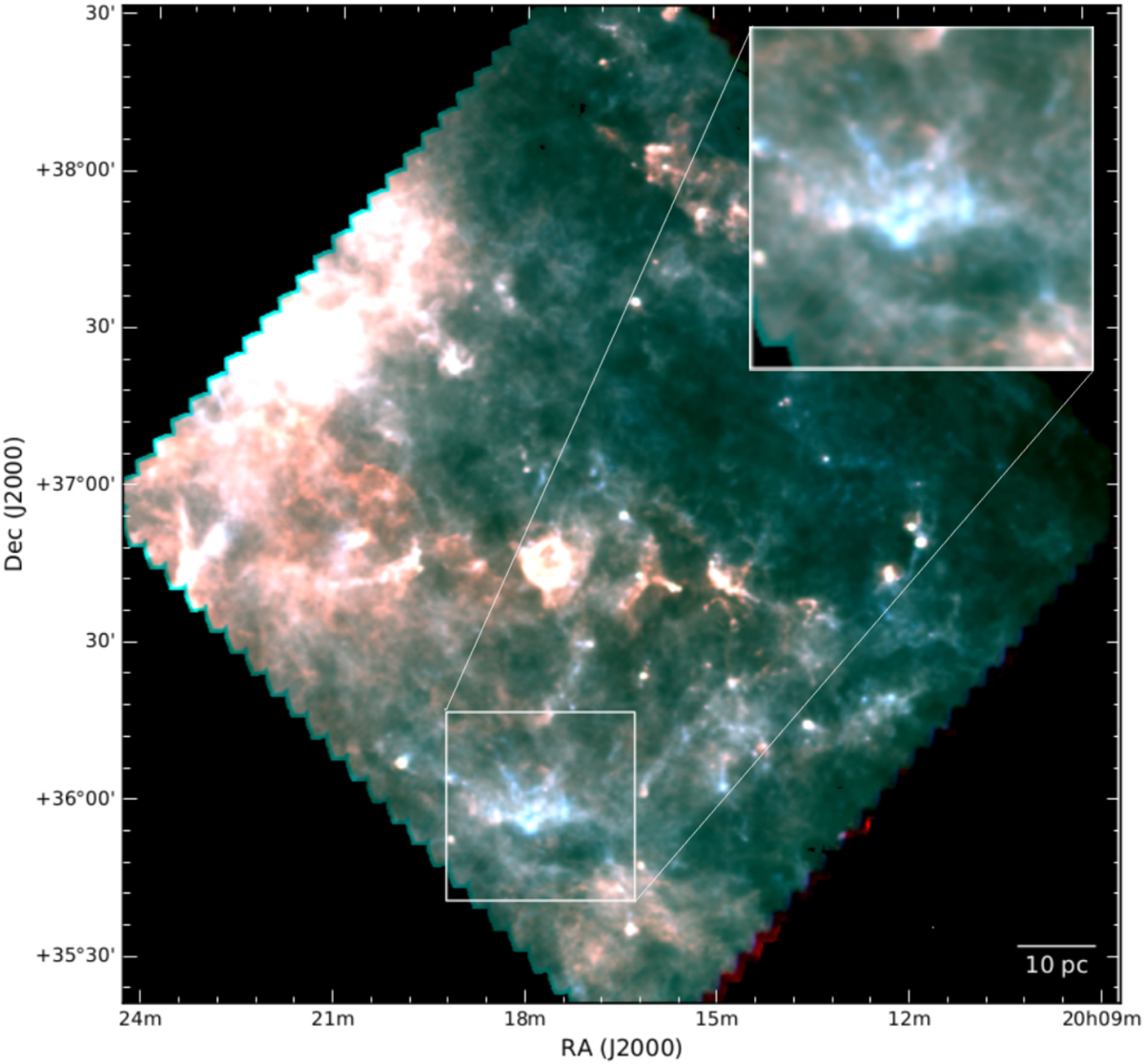