Context. Models and observations indicate that the impact of matter accreting onto the surface of young stars produces regions at the base of accretion columns where optically thin and thick plasma components coexist. Thus, an accurate description of these impacts is necessary to account for the effects of absorption and emission of radiation.
Aims: We study the effects of radiation emerging from shock-heated plasma in impact regions on the structure of the pre-shock down-falling material. We investigate whether a significant absorption of radiation occurs and if it leads to a pre-shock heating of the accreting gas.
Methods: We developed a radiation hydrodynamics model describing an accretion column impacting onto the surface of a classical T Tauri star. The model takes into account the stellar gravity, the thermal conduction, and the effects of radiative losses and of absorption of radiation by matter in the nonlocal thermodynamic equilibrium regime.
Results: After the impact, a hot slab of post-shock plasma develops at the base of the accretion column. Part of the radiation emerging from the slab is absorbed by the pre-shock accreting material. As a result, the pre-shock accretion column gradually heats up to temperatures of 105 K, forming a radiative precursor of the shock. The precursor has a thermal structure with the hottest part at T ≈ 105 K, with a size comparable to that of the hot slab, above the post-shock region. At larger distances the temperature gradually decreases to T ≈ 104 K.
Conclusions: Our model predicts that ≈70% of the radiation emitted by the post-shock plasma is absorbed by the pre-shock accretion column immediately above the slab and is re-emitted in the UV band. This may explain why accretion rates derived from UV observations are systematically higher than rates inferred from X-ray observations. 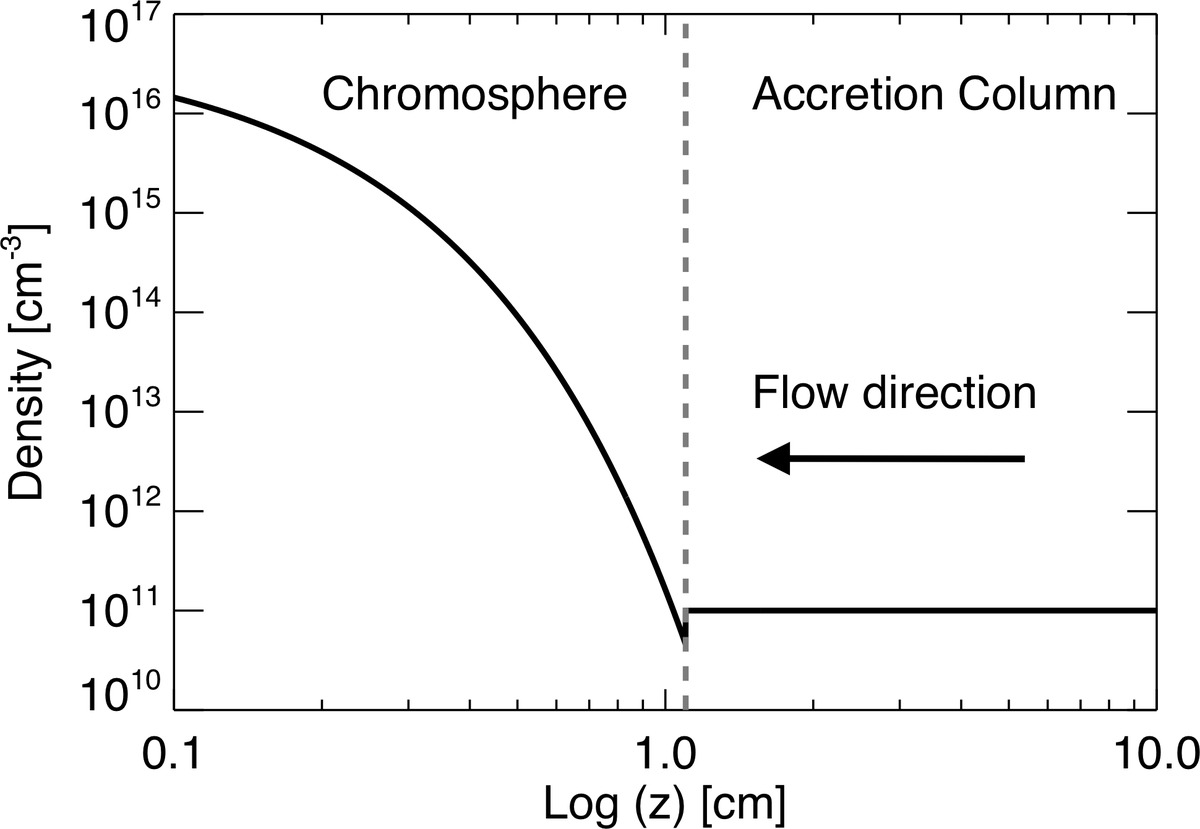