Spot evolution on LQ Hya from 2006-2017: temperature maps based on SOFIN and FIES data

Context. LQ Hya is one of the most frequently studied young solar analogue stars. Recently, it has been observed to show intriguing behaviour when analysing long-term photometry. For instance, from 2003-2009, a coherent spot structure migrating in the rotational frame was reported by various authors. However, ever since, the star has entered a chaotic state where coherent structures seem to have disappeared and rapid phase jumps of the photometric minima occur irregularly over time.
Aims: LQ Hya is one of the stars included in the SOFIN/FIES long-term monitoring campaign extending over 25 yr. Here, we publish new temperature maps for the star during 2006-2017, covering the chaotic state of the star.
Methods: We used a Doppler imaging technique to derive surface temperature maps from high-resolution spectra.
Results: From the mean temperatures of the Doppler maps, we see a weak but systematic increase in the surface temperature of the star. This is consistent with the simultaneously increasing photometric magnitude. During nearly all observing seasons, we see a high-latitude spot structure which is clearly non-axisymmetric. The phase behaviour of this structure is very chaotic but agrees reasonably well with the photometry. Equatorial spots are also frequently seen, but we interpret many of them to be artefacts due to the poor to moderate phase coverage.
Conclusions: Even during the chaotic phase of the star, the spot topology has remained very similar to the higher activity epochs with more coherent and long-lived spot structures. In particular, we see high-latitude and equatorial spot activity, the mid latitude range still being most often void of spots. We interpret the erratic jumps and drifts in phase of the photometric minima to be caused by changes in the high-latitude spot structure rather than the equatorial spots. 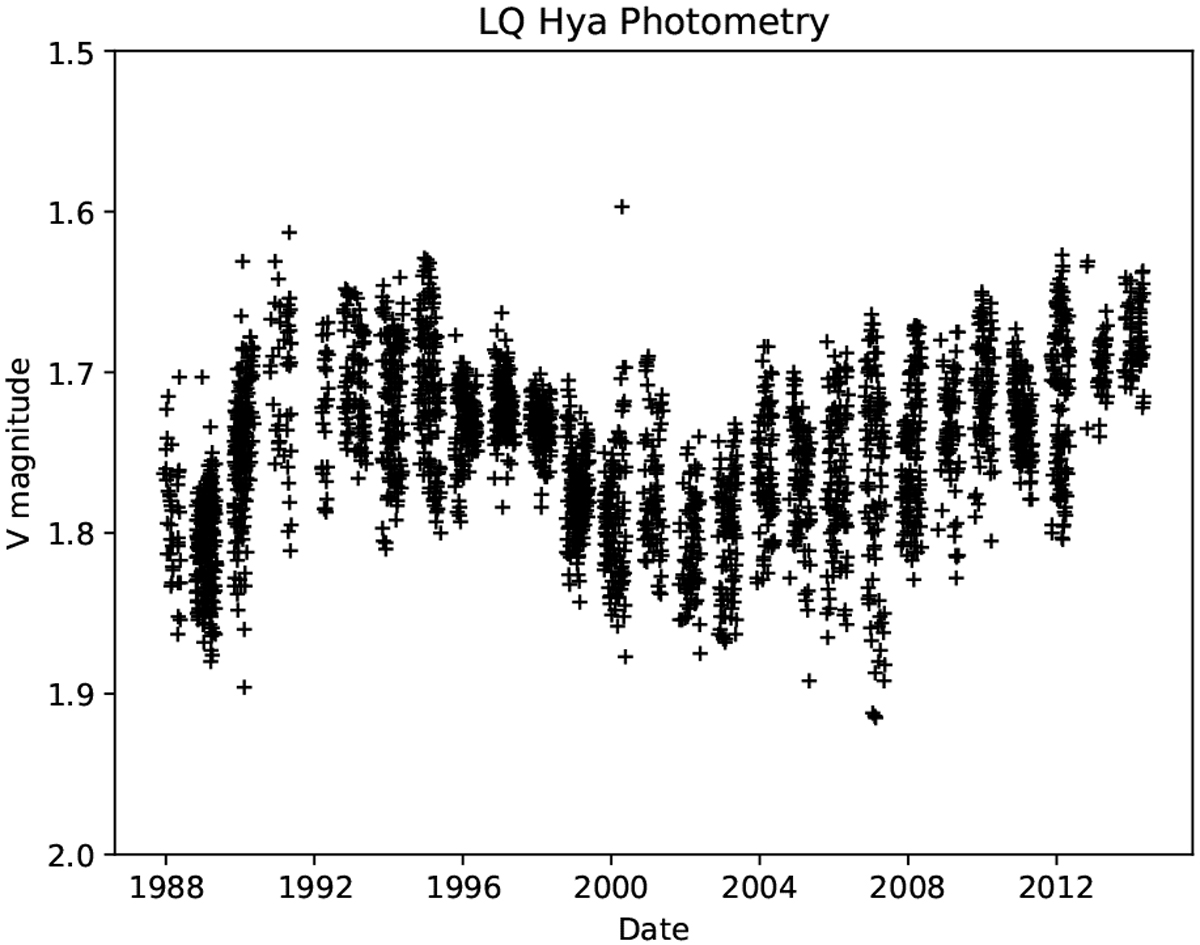