Stephan's Quintet (SQ), the prototypical compact group of galaxies in the local Universe, has been observed with the imaging Fourier transform spectrometer SITELLE, attached to the Canada-France-Hawaii-Telescope, to perform a deep search for intergalactic star-forming emission. In this paper we present the extended ionised gaseous structures detected and analyse their kinematical properties. The large field of view (11' × 11') and the spectral ranges of SITELLE have allowed a thorough study of the entire galaxy system, its interaction history and the main properties of the ionised gas. The observations have revealed complex three-dimensional strands in SQ seen for the first time, as well as the spatially resolved velocity field for a new SQ dwarf galaxy (M 82-like) and the detailed spectral map of NGC 7320c, confirming its AGN nature. A total of 175 SQ Hα emission regions have been found, 22 of which present line profiles with at least two kinematical components. We studied 12 zones and 28 sub-zones in the SQ system in order to define plausible physical spatial connections between its different parts in the light of the kinematical information gathered. In this respect we have found five velocity systems in SQ: (i) v = [5600-5900] km s-1 associated with the new intruder and the southern debris region; (ii) v = [5900-6100] km s-1, associated with the north starburst A and south starburst A and the strands connected to these zones; (iii) v = [6100-6600] km s-1, associated with the strands from the large-scale shock region (LSSR); (iv) v = [6600-6800] km s-1, associated with the young tidal tail, the starburst A (SQA), NGC 7319, and the NGC 7319 north lobe; and (v) v = [6800-7000] km s-1, associated with the strands seen connecting LSSR with SQA. We fail to detect ionised gas emission in the old tail, neither in the vicinity of NGC 7318A nor in NGC 7317, and the connection between NGC 7319 north lobe and SQA cannot be confirmed. Conversely, a clear gaseous bridge has been confirmed both spatially and kinematically between the LSSR zone and the NGC 7319 AGN nucleus. Finally, a larger scale, outer rim winding the NGC 7318B/A system clockwise north-west to south-east has been highlighted in continuum and in Hα. This structure may be reminiscent of a sequence of a previously proposed scenario for SQ a sequence of individual interactions. 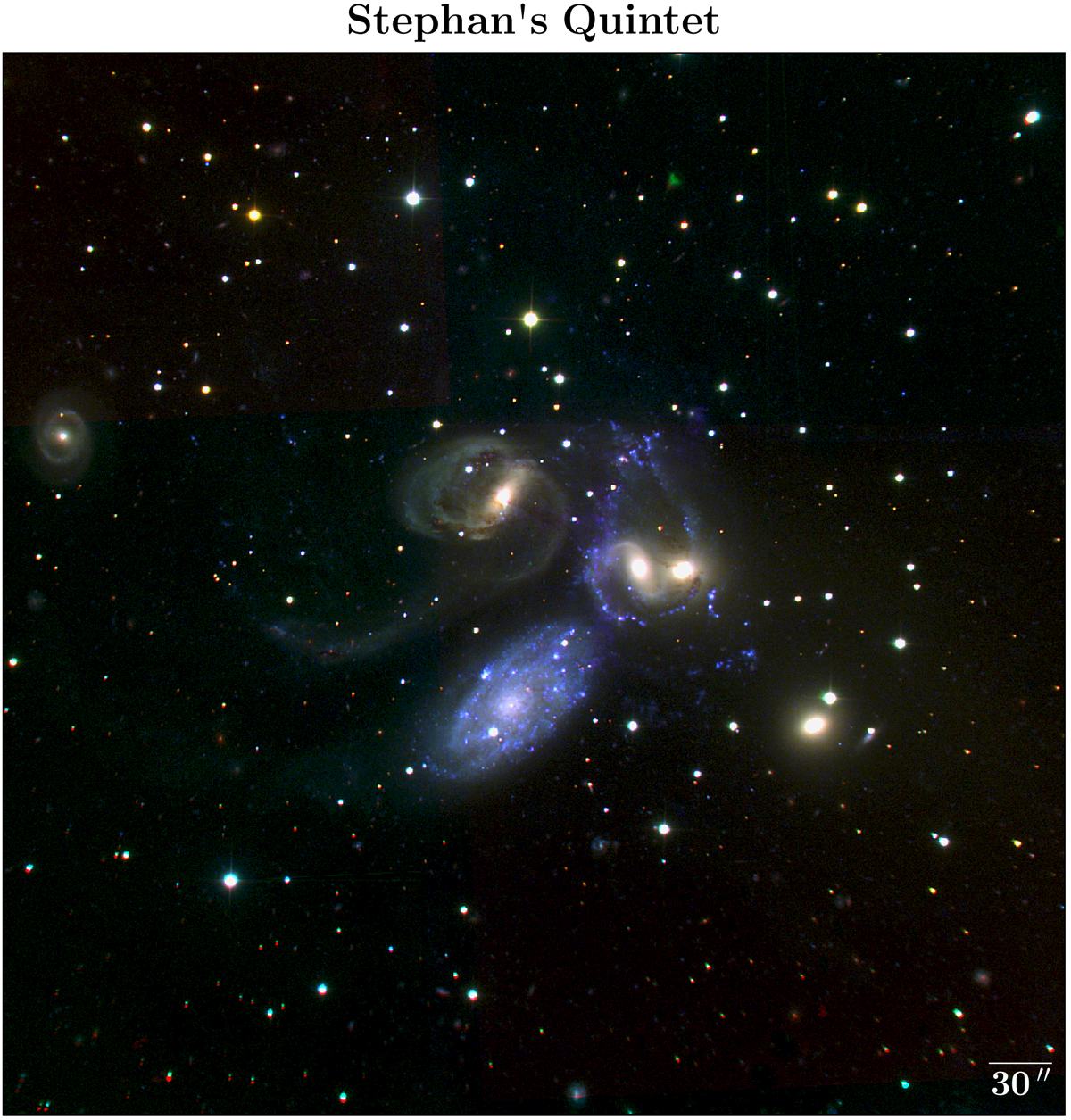