We present optical photometry and spectroscopy of the Type II supernova ASASSN-14jb, together with Very Large Telescope (VLT) Multi Unit Spectroscopic Explorer (MUSE) integral field observations of its host galaxy and a nebular-phase spectrum. This supernova, in the nearby galaxy ESO 467-G051 (z = 0.006), was discovered and followed-up by the all-sky automated survey for supernovae (ASAS-SN). We obtained well-sampled las cumbres network (LCOGTN) BVgri and Swift w2m1w1ubv optical, near-UV/optical light curves, and several optical spectra in the early photospheric phases. The transient ASASSN-14jb exploded ∼2 kpc above the star-forming disk of ESO 467-G051, an edge-on disk galaxy. The large projected distance from the disk of the supernova position and the non-detection of any H II region in a 1.4 kpc radius in projection are in conflict with the standard environment of core-collapse supernova progenitors and suggests the possible scenario that the progenitor received a kick in a binary interaction. We present analysis of the optical light curves and spectra, from which we derived a distance of 25 ± 2 Mpc using state-of-the-art empirical methods for Type II SNe, physical properties of the SN explosion (56Ni mass, explosion energy, and ejected mass), and properties of the progenitor; namely the progenitor radius, mass, and metallicity. Our analysis yields a 56Ni mass of 0.0210 ± 0.0025 M⊙, an explosion energy of ≈0.25 × 1051 ergs, and an ejected mass of ≈6 M⊙. We also constrained the progenitor radius to be R* = 580 ± 28 R⊙ which seems to be consistent with the sub-Solar metallicity of 0.3 ± 0.1 Z⊙ derived from the supernova Fe II λ5018 line. The nebular spectrum constrains strongly the progenitor mass to be in the range 10-12 M⊙. From the Spitzer data archive we detect ASASSN-14jb ≈330 days past explosion and we derived a total dust mass of 10-4 M⊙ from the 3.6 μm and 4.5 μm photometry. Using the FUV, NUV, BVgri,Ks, 3.6 μm, and 4.5 μm total magnitudes for the host galaxy, we fit stellar population synthesis models, which give an estimate of M* ≈ 1 × 109 M⊙, an age of 3.2 Gyr, and a SFR ≈0.07 M⊙ yr-1. We also discuss the low oxygen abundance of the host galaxy derived from the MUSE data, having an average of 12 + log(O/H) = 8.27+0.16-0.20 using the O3N2 diagnostic with strong line methods. We compared it with the supernova spectra, which is also consistent with a sub-Solar metallicity progenitor. Following recent observations of extraplanar H II regions in nearby edge-on galaxies, we derived the metallicity offset from the disk, being positive, but consistent with zero at 2σ, suggesting enrichment from disk outflows. We finally discuss the possible scenarios for the unusual environment for ASASSN-14jb and conclude that either the in-situ star formation or runaway scenario would imply a low-mass progenitor, agreeing with our estimate from the supernova nebular spectrum. Regardless of the true origin of ASASSN-14jb, we show that the detailed study of the environment roughly agree with the stronger constraints from the observation of the transient. 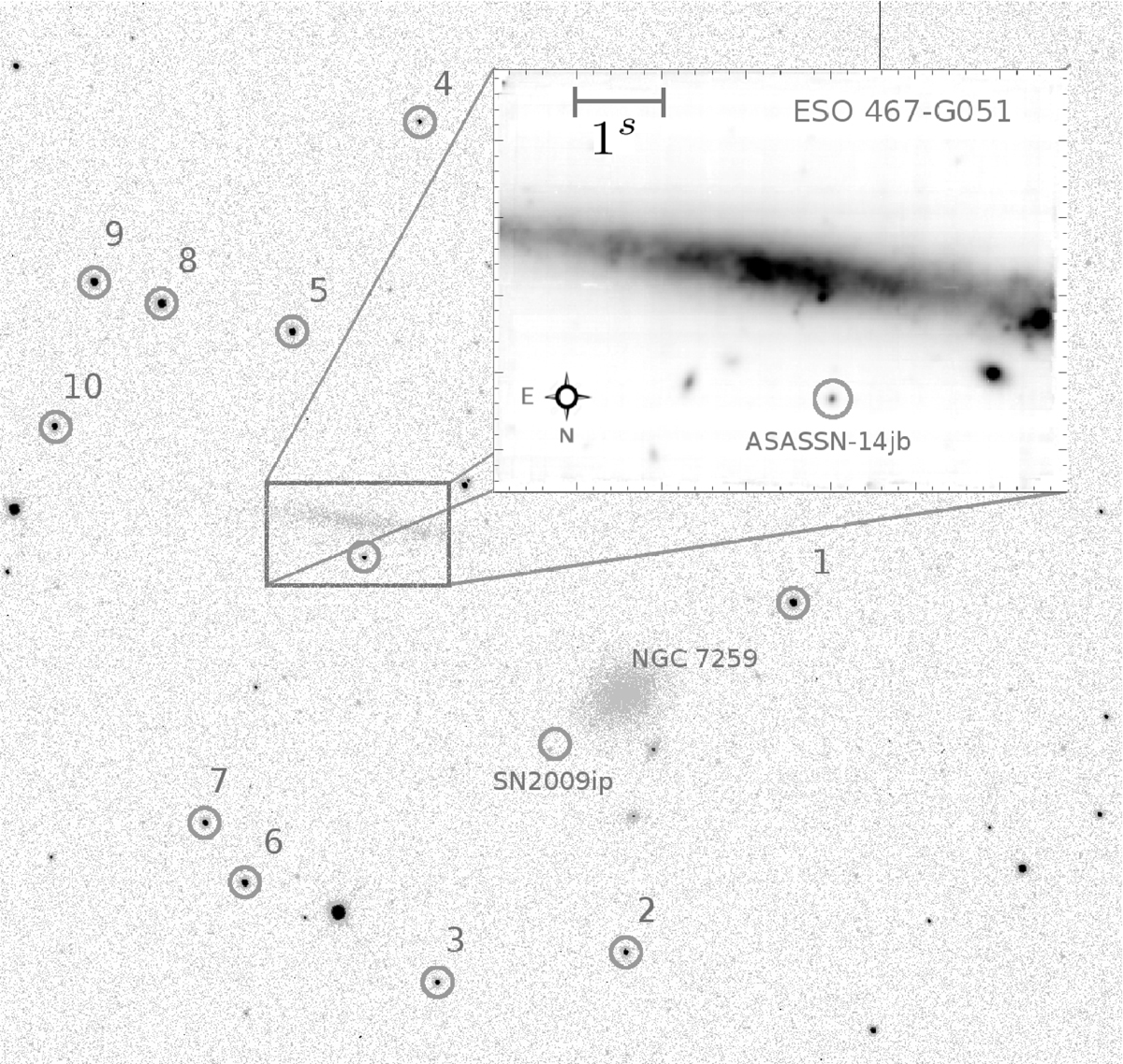