HD 965: An extremely peculiar A star with an extremely long rotation period

Context. One of the keys to understanding the origin of Ap stars and their significance in the general context of stellar astrophysics is by considering the most extreme properties displayed by some of them. For this reason, HD 965 is particularly interesting as it combines some of the most pronounced chemical peculiarities with one of the longest rotation periods known.
Aims: We characterise the variations of the magnetic field of the Ap star HD 965 and derive constraints about its structure.
Methods: We combined published measurements of the mean longitudinal field ⟨Bz⟩ of HD 965 with new determinations of this field moment from circular spectropolarimetry obtained at the 6-m telescope BTA of the Special Astrophysical Observatory of the Russian Academy of Sciences. For the mean magnetic field modulus ⟨B⟩, literature data were complemented by the analysis of ESO archive spectra.
Results: We present the first determination of the rotation period of HD 965, Prot = (16.5 ± 0.5) yr. The star HD 965 is only the third Ap star with a period longer than ten years for which magnetic field measurements have been obtained over more than a full cycle. The variation curve of ⟨Bz⟩ is well approximated by a cosine wave. Furthermore, ⟨B⟩ does not show any significant variation. The observed behaviour of these field moments is well represented by a simple model consisting of the superposition of collinear dipole, quadrupole, and octupole. The distribution of neodymium over the surface of HD 965 is highly non-uniform. The element appears concentrated around the magnetic poles, especially the negative one.
Conclusions: The shape of the longitudinal magnetic variation curve of HD 965 indicates that its magnetic field is essentially symmetric about an axis passing through the centre of the star. Overall, HD 965 appears similar to the bulk of the long-period Ap stars, as far as its magnetic field is concerned. 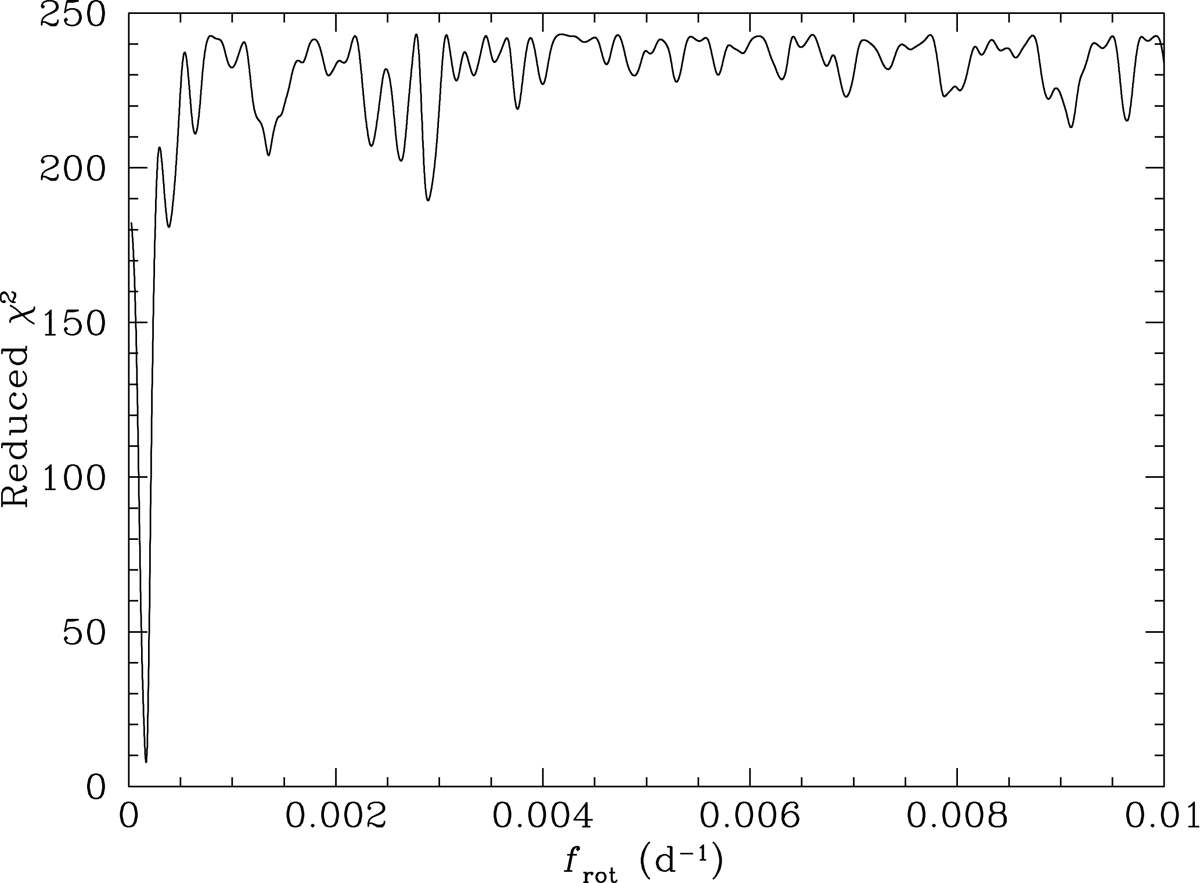