The bridge: a transient phenomenon of forming stellar multiples. Sequential formation of stellar companions in filaments around young protostars

Context. Observations with modern instruments such as Herschel reveal that stars form clustered inside filamentary arms of 1 pc length embedded in giant molecular clouds (GMCs). On smaller scales of 1000 au, observations of IRAS 16293-2422, for example, show signs of filamentary "bridge" structures connecting young protostars to their birth environment.
Aims: We aim to find the origin of bridges associated with deeply embedded protostars by characterizing their connection to the filamentary structure present on GMC scales and to the formation of protostellar multiples.
Methods: Using the magnetohydrodynamical code RAMSES, we carried out zoom-in simulations of low-mass star formation starting from GMC scales. We analyzed the morphology and dynamics involved in the formation process of a triple system.
Results: Colliding flows of gas in the filamentary arms induce the formation of two protostellar companions at distances of 1000 au from the primary. After their birth, the stellar companions quickly approach, at Δt 10 kyr, and orbit the primary on eccentric orbits with separations of 100 au. The colliding flows induce transient structures lasting for up to a few 10 kyr that connect two forming protostellar objects that are kinematically quiescent along the line-of-sight.
Conclusions: Colliding flows compress gas and trigger the formation of stellar companions via turbulent fragmentation. Our results suggest that protostellar companions initially form with a wide separation of 1000 au. Smaller separations of a ≲ 100 au are a consequence of subsequent migration and capturing. Associated with the formation phase of the companion, the turbulent environment induces the formation of arc- and bridge-like structures. These bridges can become kinematically quiescent when the velocity components of the colliding flows eliminate each other. However, the gas in bridges still contributes to stellar accretion later. Our results demonstrate that bridge-like structures are a transient phenomenon of stellar multiple formation. 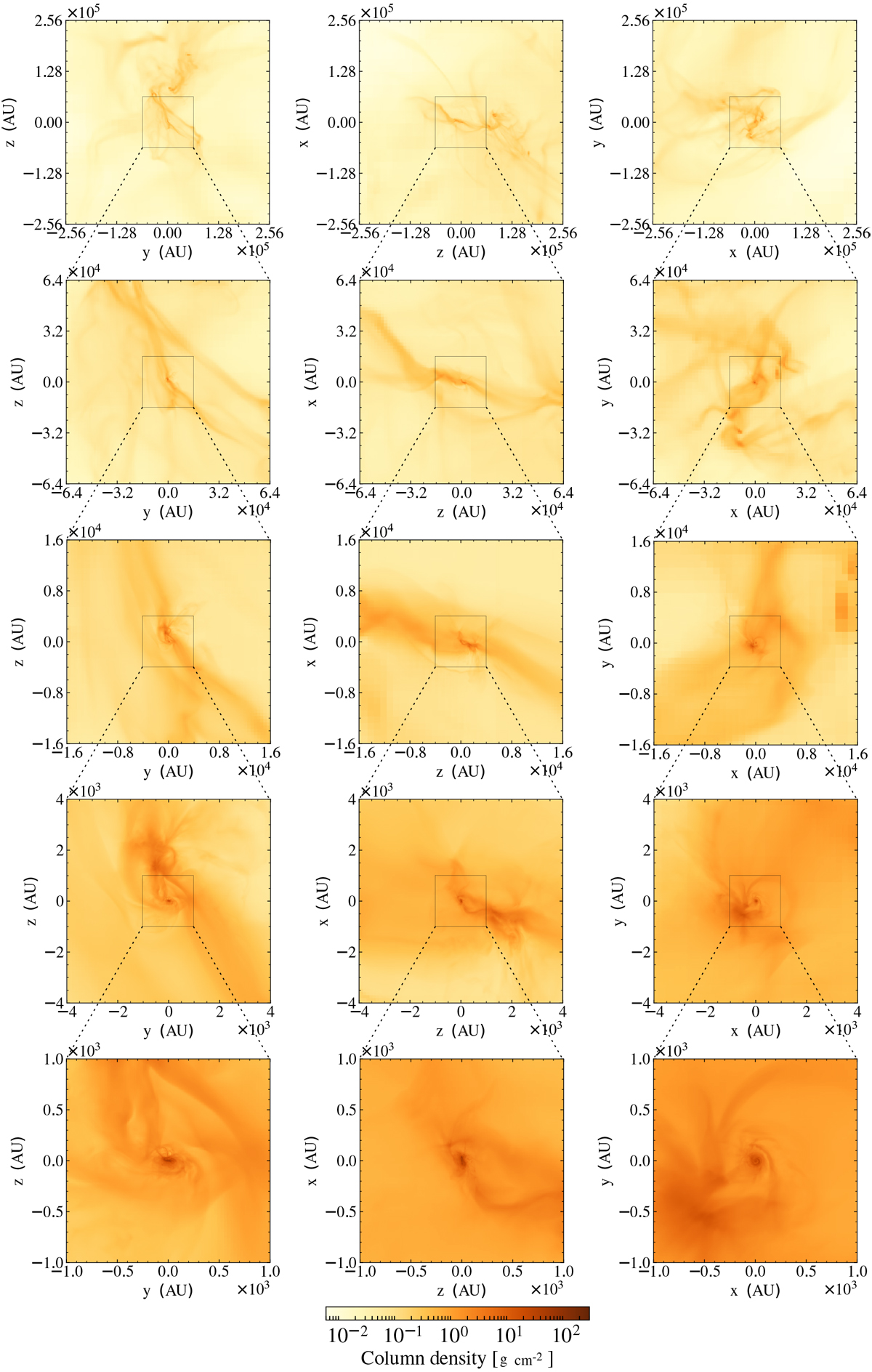