Context. The Kepler Object of Interest Network (KOINet) is a multi-site network of telescopes around the globe organised for follow-up observations of transiting planet candidate Kepler objects of interest with large transit timing variations (TTVs). The main goal of KOINet is the completion of their TTV curves as the Kepler telescope stopped observing the original Kepler field in 2013.
Aims: We ensure a comprehensive characterisation of the investigated systems by analysing Kepler data combined with new ground-based transit data using a photodynamical model. This method is applied to the Kepler-82 system leading to its first dynamic analysis.
Methods: In order to provide a coherent description of all observations simultaneously, we combine the numerical integration of the gravitational dynamics of a system over the time span of observations with a transit light curve model. To explore the model parameter space, this photodynamical model is coupled with a Markov chain Monte Carlo algorithm.
Results: The Kepler-82b/c system shows sinusoidal TTVs due to their near 2:1 resonance dynamical interaction. An additional chopping effect in the TTVs of Kepler-82c hints to a further planet near the 3:2 or 3:1 resonance. We photodynamically analysed Kepler long- and short-cadence data and three new transit observations obtained by KOINet between 2014 and 2018. Our result reveals a non-transiting outer planet with a mass of mf = 20.9 ± 1.0 M⊕ near the 3:2 resonance to the outermost known planet, Kepler-82c. Furthermore, we determined the densities of planets b and c to the significantly more precise values ρb = 0.98-0.14+0.10 g cm-3 and ρc = 0.494-0.077+0.066 g cm-3. 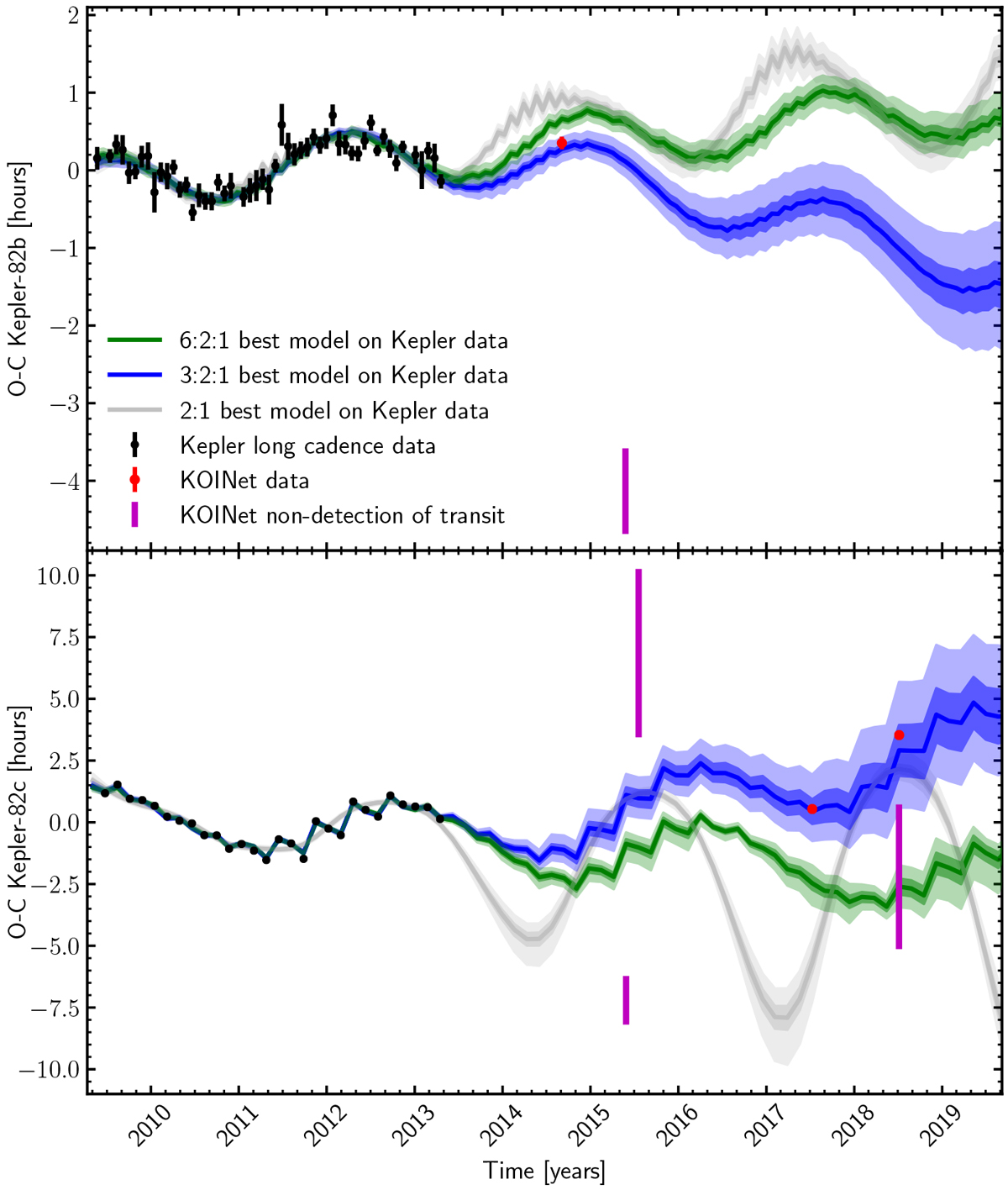