A luminous stellar outburst during a long-lasting eruptive phase first, and then SN IIn 2018cnf

We present the results of the monitoring campaign of the Type IIn supernova (SN) 2018cnf (a.k.a. ASASSN-18mr). It was discovered about ten days before the maximum light (on MJD = 58 293.4 ± 5.7 in the V band, with MV = -18.13 ± 0.15 mag). The multiband light curves show an immediate post-peak decline with some minor luminosity fluctuations, followed by a flattening starting about 40 days after maximum. The early spectra are relatively blue and show narrow Balmer lines with P Cygni profiles. Additionally, Fe II, O I, He I, and Ca II are detected. The spectra show little evolution with time and with intermediate-width features becoming progressively more prominent, indicating stronger interaction of the SN ejecta with the circumstellar medium. The inspection of archival images from the Panoramic Survey Telescope and Rapid Response System (Pan-STARRS) survey has revealed a variable source at the SN position with a brightest detection in December 2015 at Mr = -14.66 ± 0.17 mag. This was likely an eruptive phase from the massive progenitor star that started from at least mid-2011, and that produced the circumstellar environment within which the star exploded as a Type IIn SN. The overall properties of SN 2018cnf closely resemble those of transients such as SN 2009ip. This similarity favours a massive hypergiant, perhaps a luminous blue variable, as progenitor for SN 2018cnf. 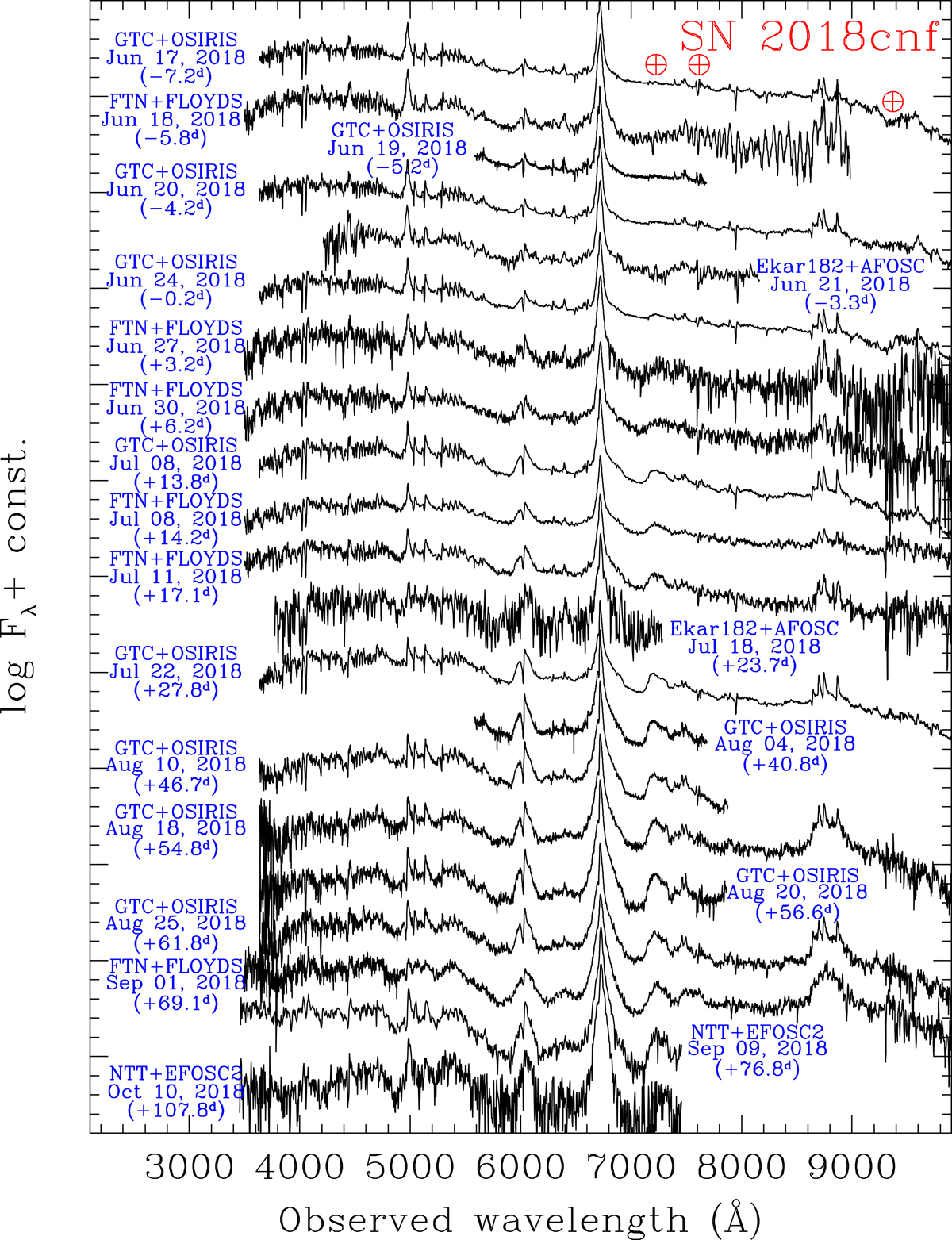