Strongly magnetic Ap stars in the Gaia DR2 Hertzsprung-Russell diagram . I. Selecting the most reliable astrometric and photometric data

Context. Knowing the distribution of strongly magnetic Ap stars in the Hertzsprung-Russell diagram (HRD) allows us to study the evolution of their magnetic fields across the main sequence (MS). With a newly extended Ap star sample from APOGEE and available Gaia DR2 data, we can now critically review the results of previous studies based on HIPPARCOS data.
Aims: To investigate our targets in the Gaia DR2 HRD, we need to define astrometric and photometric quality criteria to remove unreliable data from the HRD.
Methods: We used the Gaia DR2 renormalised unit weight error RUWE as our main quality criterion. We considered known (close) binaries in our sample compared to their (partly affected) astrometry and used the Gaia DR2 data to find common parallax and proper motion (CPPM) wide companions and open cluster members. We studied G, BP, and RP variability amplitudes and their significance as a function of magnitude. In colour-magnitude diagrams (CMDs) with absolute G magnitude (determined from inverted parallax) versus BP - RP colour and HRDs, where BP - RP is replaced by effective temperature, we studied the appearance of outliers with respect to their astrometric quality, binarity, and variability.
Results: We present a catalogue of 83 previously known and 154 new strongly magnetic Ap stars with Gaia DR2 data, including astrometric quality parameters, binary flags, information on cluster membership, variability amplitudes, and data from HIPPARCOS. Our astrometrically cleaned subsamples include 47 and 46 old and new Ap stars with parallaxes > 2 mas. Most of the known 26 binaries among all 237 stars and 14 out of 15 CMD/HRD outliers were excluded by astrometric criteria. The remaining 11 known binaries and a few highly variable objects mainly appear in the bright and red CMD/HRD parts. A CMD based on HIPPARCOS photometry and Gaia DR2 parallaxes shows a much more narrow distribution in the absolute V magnitudes of 75 common Ap stars over the full B - V colour range than the corresponding CMD based on HIPPARCOS parallaxes. 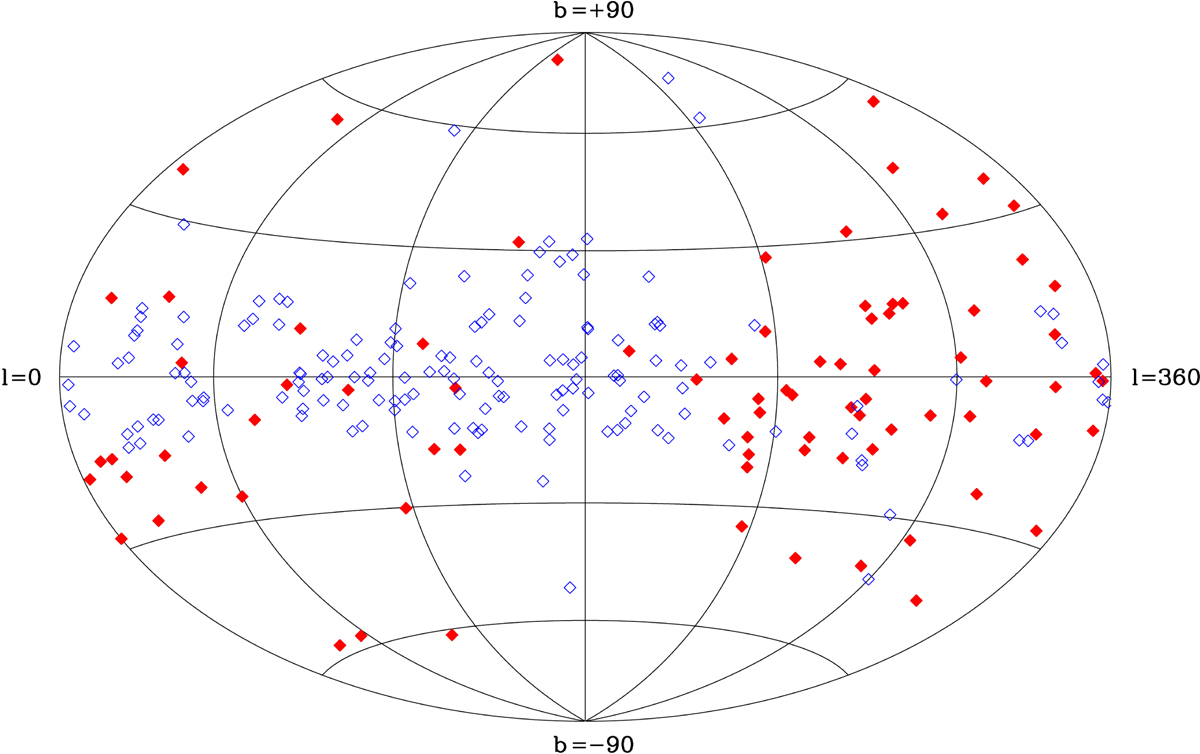