Since the discovery of Jupiter-sized planets in extremely close orbits around Sun-like stars, several mechanisms have been proposed to produce these "hot Jupiters". Here we address their pile-up at 0.05 AU observed in stellar radial velocity surveys, their long-term orbital stability in the presence of stellar tides, and their occurrence rate of 1.2 ± 0.38% in one framework. We calculate the combined torques on the planet from the stellar dynamical tide and from the protoplanetary disk in the type-II migration regime. The disk is modeled as a 2D nonisothermal viscous disk parameterized to reproduce the minimum-mass solar nebula. We simulate an inner disk cavity at various radial positions near the star and simulate stellar rotation periods according to observations of young star clusters. The planet is on a circular orbit in the disk midplane and in the equatorial plane of the star. We show that the two torques can add up to zero beyond the corotation radius around young, solar-type stars and stop inward migration. Monte Carlo simulations with plausible variations of our nominal parameterization of the star-disk-planet model predict hot-Jupiter survival rates between about 3% (for an α disk viscosity of 10-1) and 15% (for α = 10-3) against consumption by the star. Once the protoplanetary disk has been fully accreted, the surviving hot Jupiters are pushed outward from their tidal migration barrier and pile up at about 0.05 AU, as we demonstrate using a numerical implementation of a stellar dynamical tide model coupled with stellar evolution tracks. Orbital decay is negligible on a one-billion-year timescale due to the contraction of highly dissipative convective envelopes in young Sun-like stars. We find that the higher pile-up efficiency around metal-rich stars can at least partly explain the observed positive correlation between stellar metallicity and hot-Jupiter occurrence rate. Combined with the observed hot-Jupiter occurrence rate, our results for the survival rate imply that ≲8% (α = 10-3) to ≲43% (α = 10-1) of sun-like stars initially encounter an inwardly migrating hot Jupiter. Our scenario reconciles models and observations of young spinning stars with the observed hot-Jupiter pile up and hot-Jupiter occurrence rates. 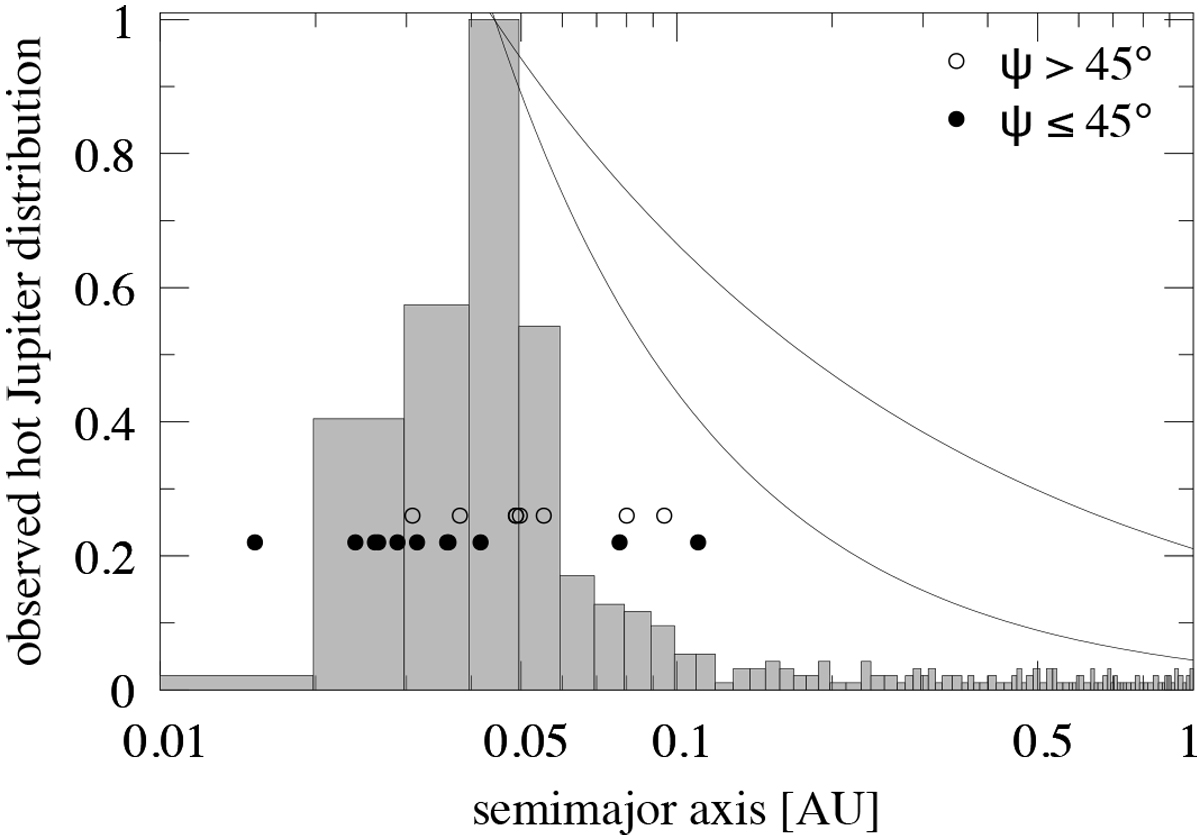