Context. Hypervelocity stars move fast enough to leave the gravitational field of their home galaxies and venture into intergalactic space. The most extreme examples known have estimated speeds in excess of 1000 km s-1. These can be easily induced at the centres of galaxies via close encounters between binary stars and supermassive black holes; however, a number of other mechanisms operating elsewhere can produce them as well.
Aims: Recent studies suggest that hypervelocity stars are ubiquitous in the local Universe. In the Milky Way, the known hypervelocity stars are anisotropically distributed, but it is unclear why. Here, we used Gaia Data Release 2 (DR2) data to perform a systematic exploration aimed at confirming or refuting these findings.
Methods: Our basic premise is that the farther the candidate hypervelocity stars are, the more likely they are to be unbound from the Galaxy. We used the statistical analysis of both the spatial distribution and kinematics of these objects to achieve our goals. Monte Carlo sampling techniques were applied to deal with large uncertainties. No global parallax zero-point correction was performed.
Results: Focussing on nominal Galactocentric distances greater than 30 kpc, which are the most distant candidates, we isolated a sample with speeds in excess of 500 km s-1 that exhibits a certain degree of anisotropy but remains compatible with possible systematic effects. We find that the effect of the Eddington-Trumpler-Weaver bias is important in our case: over 80% of our sources are probably located further away than implied by their parallaxes; therefore, most of our velocity estimates are lower limits. If this bias is as strong as suggested here, the contamination by disc stars may not significantly affect our overall conclusions.
Conclusions: The subsample with the lowest uncertainties shows stronger, but obviously systematic, anisotropies and includes a number of candidates of possible extragalactic origin and young age with speeds of up to 2000 km s-1. 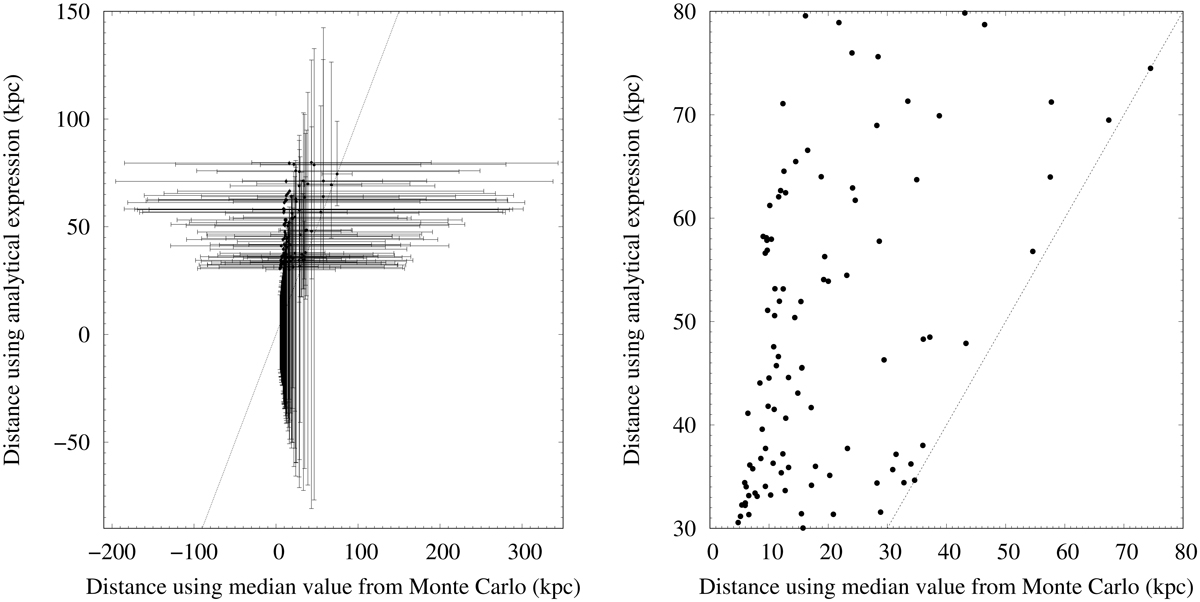