Context. This study is part of the CORE project, an IRAM/NOEMA large program consisting of observations of the millimeter continuum and molecular line emission towards 20 selected high-mass star-forming regions. The goal of the program is to search for circumstellar accretion disks, study the fragmentation process of molecular clumps, and investigate the chemical composition of the gas in these regions.
Aims: We focus on IRAS 23385+6053, which is believed to be the least-evolved source of the CORE sample. This object is characterized by a compact molecular clump that is IR-dark shortward of 24 μm and is surrounded by a stellar cluster detected in the near-IR. Our aim is to study the structure and velocity field of the clump.
Methods: Observations were performed at 1.4 mm and employed three configurations of NOEMA and additional single-dish maps, merged with the interferometric data to recover the extended emission. Our correlator setup covered a number of lines from well-known hot core tracers and a few outflow tracers. The angular ( 0''.45-0''.9) and spectral (0.5 km s-1) resolutions were sufficient to resolve the clump in IRAS 23385+6053 and investigate the existence of large-scale motions due to rotation, infall, or expansion.
Results: We find that the clump splits into six distinct cores when observed at sub-arcsecond resolution. These are identified through their 1.4 mm continuum and molecular line emission. We produce maps of the velocity, line width, and rotational temperature from the methanol and methyl cyanide lines, which allow us to investigate the cores and reveal a velocity and temperature gradient in the most massive core. We also find evidence of a bipolar outflow, possibly powered by a low-mass star.
Conclusions: We present the tentative detection of a circumstellar self-gravitating disk lying in the most massive core and powering a large-scale outflow previously known in the literature. In our scenario, the star powering the flow is responsible for most of the luminosity of IRAS 23385+6053 ( 3000 L⊙). The other cores, albeit with masses below the corresponding virial masses, appear to be accreting material from their molecular surroundings and are possibly collapsing or on the verge of collapse. We conclude that we are observing a sample of star-forming cores that is bound to turn into a cluster of massive stars.

Based on observations carried out with IRAM/NOEMA. IRAM is supported by INSU/CNRS (France), MPG (Germany), and IGN (Spain). 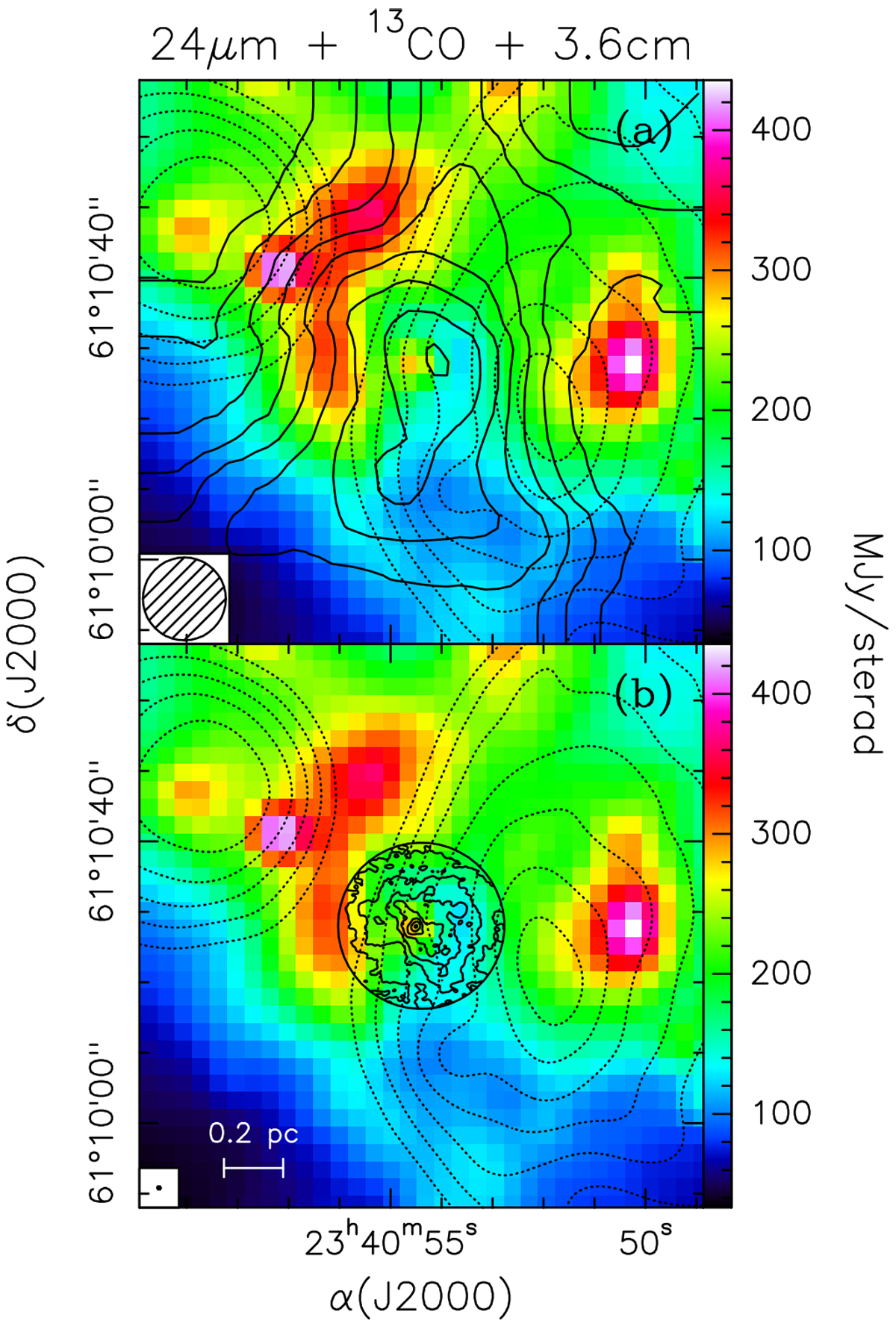