The extended Kepler mission (K2) has revealed more than 500 transiting planets in roughly 500 000 stellar light curves. All of these were found either with the box least-squares algorithm or by visual inspection. Here we use our new transit least-squares (TLS) algorithm to search for additional planets around all K2 stars that are currently known to host at least one planet. We discover and statistically validate 17 new planets with radii ranging from about 0.7 Earth radii (R⊕) to roughly 2.2 R⊕ and a median radius of 1.18 R⊕. EPIC 201497682.03, with a radius of 0.692+0.059-0.048, is the second smallest planet ever discovered with K2. The transit signatures of these 17 planets are typically 200 ppm deep (ranging from 100 ppm to 2000 ppm), and their orbital periods extend from about 0.7 d to 34 d with a median value of about 4 d. Fourteen of these 17 systems only had one known planet before, and they now join the growing number of multi-planet systems. Most stars in our sample have subsolar masses and radii. The small planetary radii in our sample are a direct result of the higher signal detection efficiency that TLS has compared to box-fitting algorithms in the shallow-transit regime. Our findings help in populating the period-radius diagram with small planets. Our discovery rate of about 3.7% within the group of previously known K2 systems suggests that TLS can find over 100 additional Earth-sized planets in the data of the Kepler primary mission. 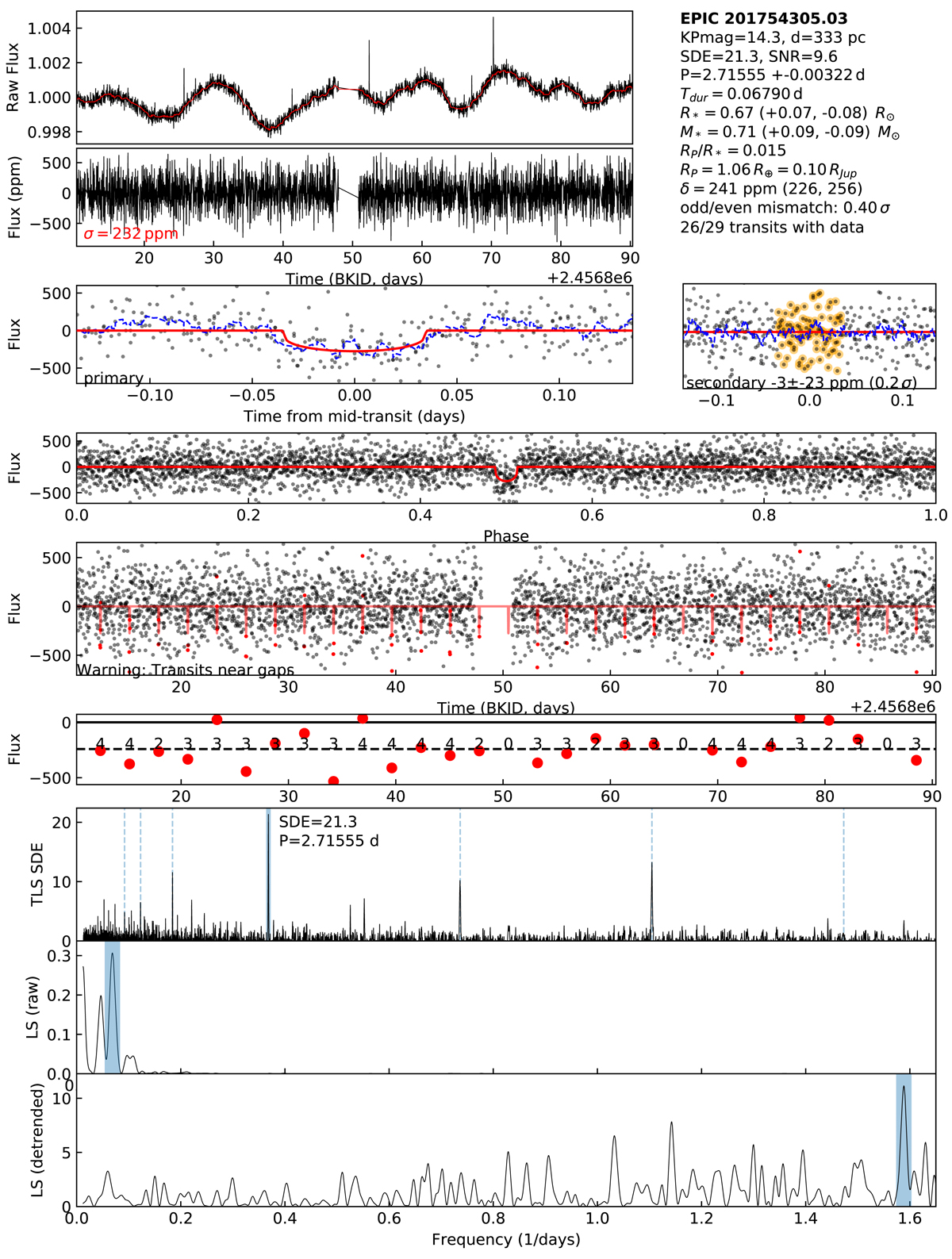