Context. Galaxy-wide outflows driven by star formation and/or an active galactic nucleus (AGN) are thought to play a crucial rule in the evolution of galaxies and the metal enrichment of the inter-galactic medium. Direct measurements of these processes are still scarce and new observations are needed to reveal the nature of outflows in the majority of the galaxy population.
Aims: We combine extensive, spatially-resolved, multi-wavelength observations, taken as part of the Close AGN Reference Survey (CARS), for the edge-on disc galaxy HE 1353-1917 in order to characterise the impact of the AGN on its host galaxy via outflows and radiation.
Methods: Multi-color broad-band photometry was combined with spatially-resolved optical, near-infrared (NIR) and sub-mm and radio observations taken with the Multi-Unit Spectroscopy Explorer (MUSE), the Near-infrared Integral Field Spectrometer (NIFS), the Atacama Large Millimeter Array (ALMA), and the Karl G. Jansky Very Large Array (VLA) to map the physical properties and kinematics of the multi-phase interstellar medium.
Results: We detect a biconical extended narrow-line region ionised by the luminous AGN orientated nearly parallel to the galaxy disc, extending out to at least 25 kpc. The extra-planar gas originates from galactic fountains initiated by star formation processes in the disc, rather than an AGN outflow, as shown by the kinematics and the metallicity of the gas. Nevertheless, a fast, multi-phase, AGN-driven outflow with speeds up to 1000 km s-1 is detected close to the nucleus at 1 kpc distance. A radio jet, in connection with the AGN radiation field, is likely responsible for driving the outflow as confirmed by the energetics and the spatial alignment of the jet and multi-phase outflow. Evidence for negative AGN feedback suppressing the star formation rate (SFR) is mild and restricted to the central kpc. But while any SFR suppression must have happened recently, the outflow has the potential to greatly impact the future evolution of the galaxy disc due to its geometrical orientation. Conclusions.. Our observations reveal that low-power radio jets can play a major role in driving fast, multi-phase, galaxy-scale outflows even in radio-quiet AGN. Since the outflow energetics for HE 1353-1917 are consistent with literature, scaling relation of AGN-driven outflows the contribution of radio jets as the driving mechanisms still needs to be systematically explored. 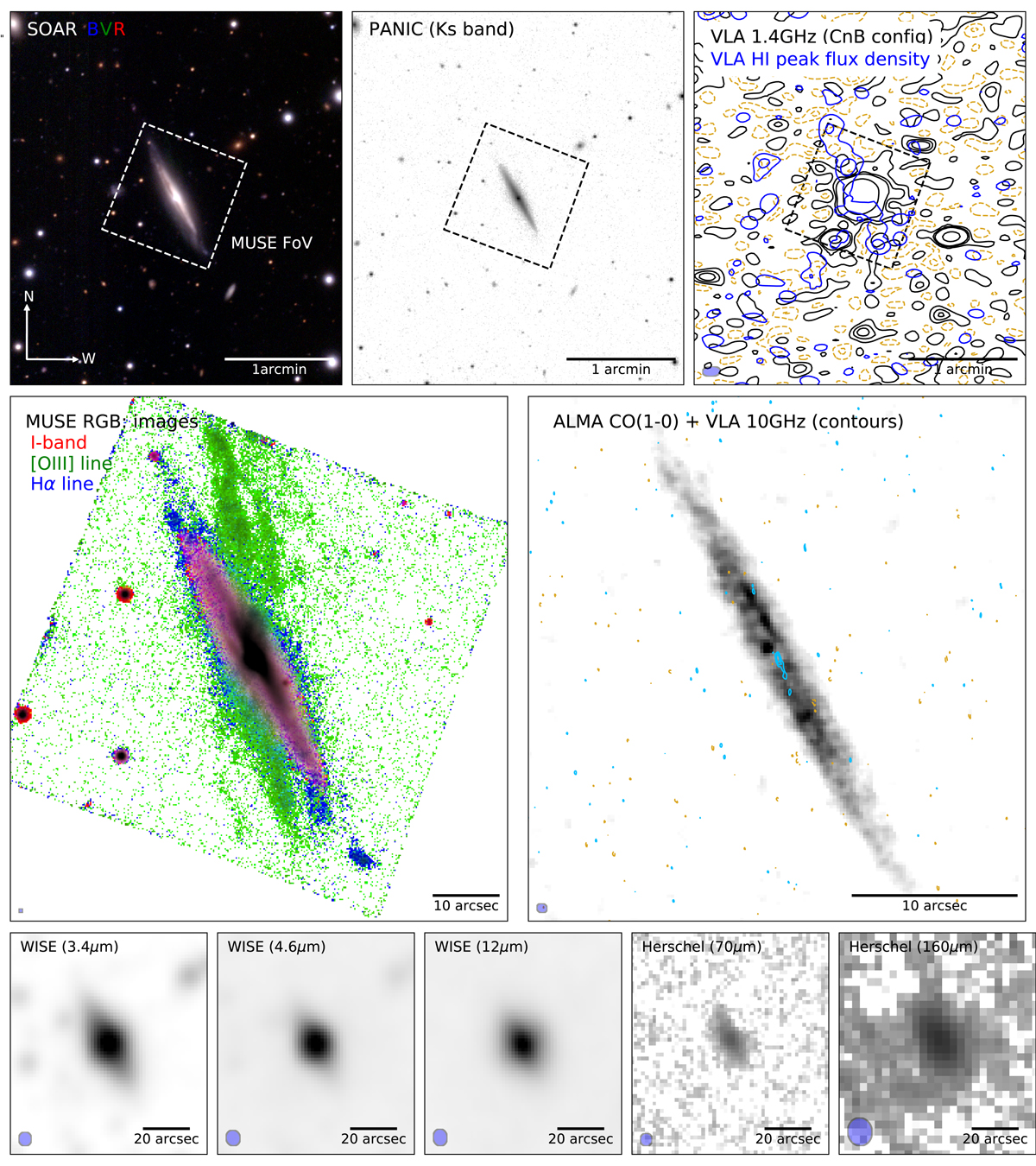