Context. The analysis of the variability of active galactic nuclei (AGN) at different wavelengths and the study of possible correlations of different spectral windows are a current main field of inquiry. Optical variability has been largely used to identify AGN in multivisit surveys. The strength of a selection based on optical variability lies in the opportunity of analyzing data from surveys of large sky areas by ground-based telescopes. However, the effectiveness of optical variability selection with respect to other multiwavelength techniques has been poorly studied down to the depth that is expected from next-generation surveys.
Aims: Here we present the results of our r-band analysis of a sample of 299 optically variable AGN candidates in the VST survey of the COSMOS field, counting 54 visits spread over three observing seasons spanning more than three years. This dataset is more than three times larger than the dataset presented in our previous analysis, and the observing baseline is about eight times longer.
Methods: We push toward deeper magnitudes (r(AB) ∼ 23.5 mag) than were reached in past studies. We made wide use of ancillary multiwavelength catalogs in order to confirm the nature of our AGN candidates, and constrained the accuracy of the method based on spectroscopic and photometric diagnostics. We also performed tests aimed at assessing the relevance of dense sampling in view of future wide-field surveys.
Results: We demonstrate that the method allows the selection of high-purity (> 86%) samples. We take advantage of the longer observing baseline to achieve great improvement in the completeness of our sample with respect to X-ray and spectroscopically confirmed samples of AGN (59% vs. ∼15% in our previous work), as well as in the completeness of unobscured and obscured AGN. The effectiveness of the method confirms the importance of developing future more refined techniques for the automated analysis of larger datasets. 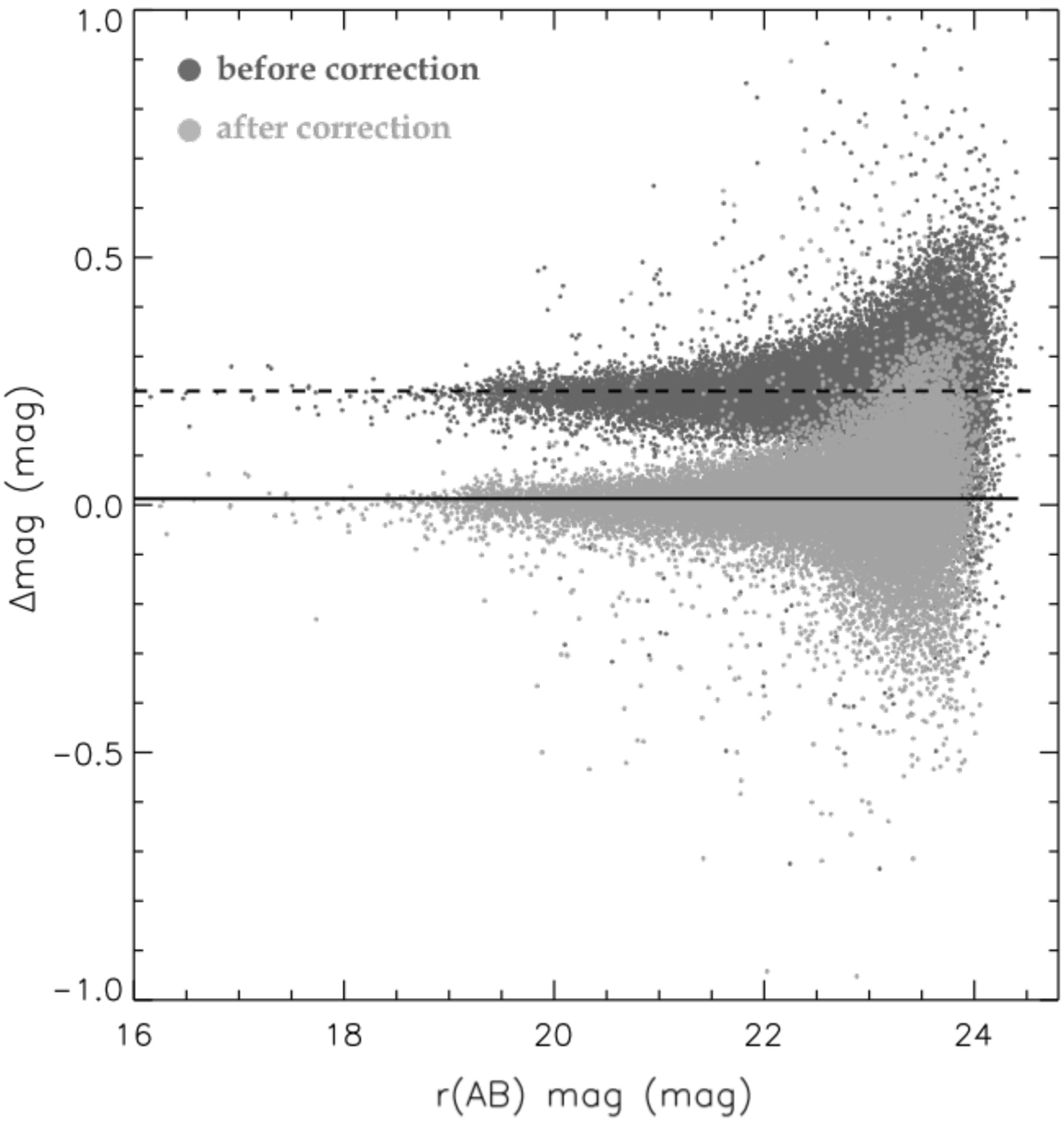