Context. Claims of an X-shaped Galactic bulge were based on the assumption of red clump stars as standard candles in some lines of sight crossing the off-plane bulge. However, some doubts have been cast on whether the two peaks in star counts along the line of sight really represent a double peak in the density distribution, or whether there is something wrong with the assumption of a unique constant absolute magnitude for all of these stars.
Aims: With the advent of Gaia-DR2 parallaxes in combination with near-infrared VISTA-VVV data, we are able to check which of the hypotheses is correct.
Methods: We calculated the median absolute magnitude MK corresponding to both peaks of putative red clumps in seven lines of sight with the lowest extinction in the interesting coordinates' range.
Results: The difference between the absolute magnitude of the bright and the faint peak is ΔMK ≈ 0.4. The selected stars in both peaks cannot be represented by the same red clump giants with constant MK ≈ -1.6.
Conclusions: The hypothesis that the bulge contains an X-shape is based on the assumption that the faint and bright peaks of the density distribution towards the bulge are dominated by standard red clump stars. However, we show that both the faint and bright peaks cannot be dominated by standard red clump stars simultaneously. 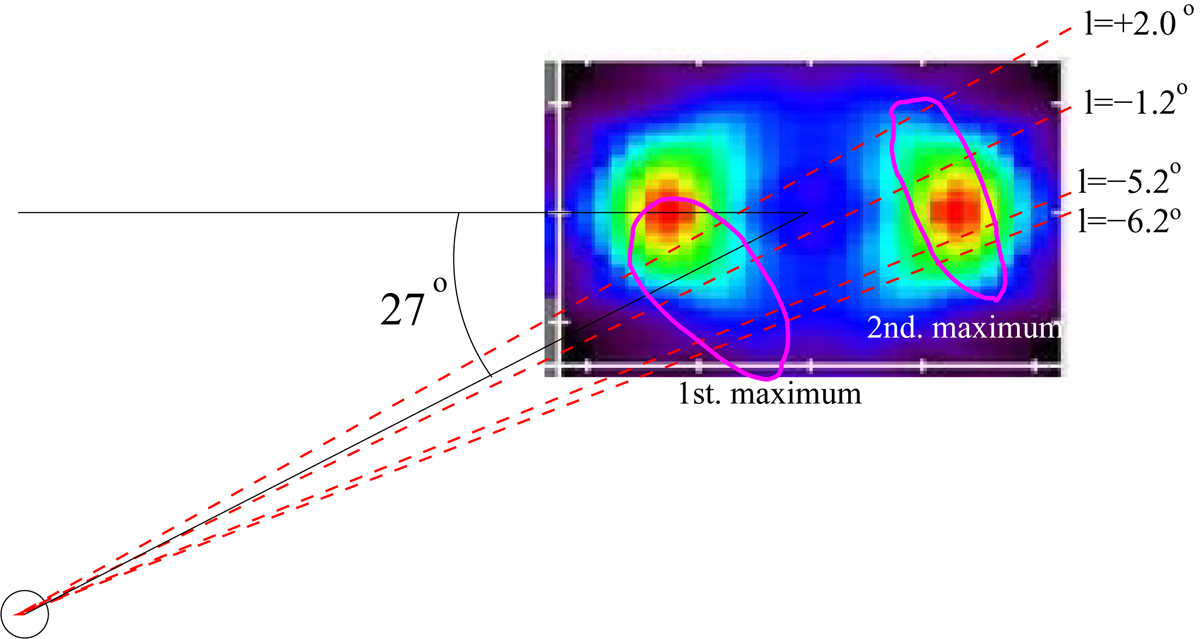