Helioseismology and asteroseismology of red giant stars have shown that distribution of angular momentum in stellar interiors, and the evolution of this distribution with time remains an open issue in stellar physics. Owing to the unprecedented quality and long baseline of Kepler photometry, we are able to seismically infer internal rotation rates in γ Doradus stars, which provide the main-sequence counterpart to the red-giants puzzle. Here, we confront these internal rotation rates to stellar evolution models which account for rotationally induced transport of angular momentum, in order to test angular momentum transport mechanisms. On the one hand, we used a stellar model-independent method developed by our team in order to obtain accurate, seismically inferred, buoyancy radii and near-core rotation for 37 γ Doradus stars observed by Kepler. We show that the stellar buoyancy radius can be used as a reliable evolution indicator for field stars on the main sequence. On the other hand, we computed rotating evolutionary models of intermediate-mass stars including internal transport of angular momentum in radiative zones, following the formalism developed in the series of papers started by Zahn (1992, A&A, 265, 115), with the CESTAM code. This code calculates the rotational history of stars from the birth line to the tip of the RGB. The initial angular momentum content has to be set initially, which is done here by fitting rotation periods in young stellar clusters. We show a clear disagreement between the near-core rotation rates measured in the sample and the rotation rates obtained from the evolutionary models including rotationally induced transport of angular momentum following Zahn's prescriptions. These results show a disagreement similar to that of the Sun and red giant stars in the considered mass range. This suggests the existence of missing mechanisms responsible for the braking of the core before and along the main sequence. The efficiency of the missing mechanisms is investigated. The transport of angular momentum as formalized by Zahn and Maeder cannot explain the measurements of near-core rotation in main-sequence intermediate-mass stars we have at hand. 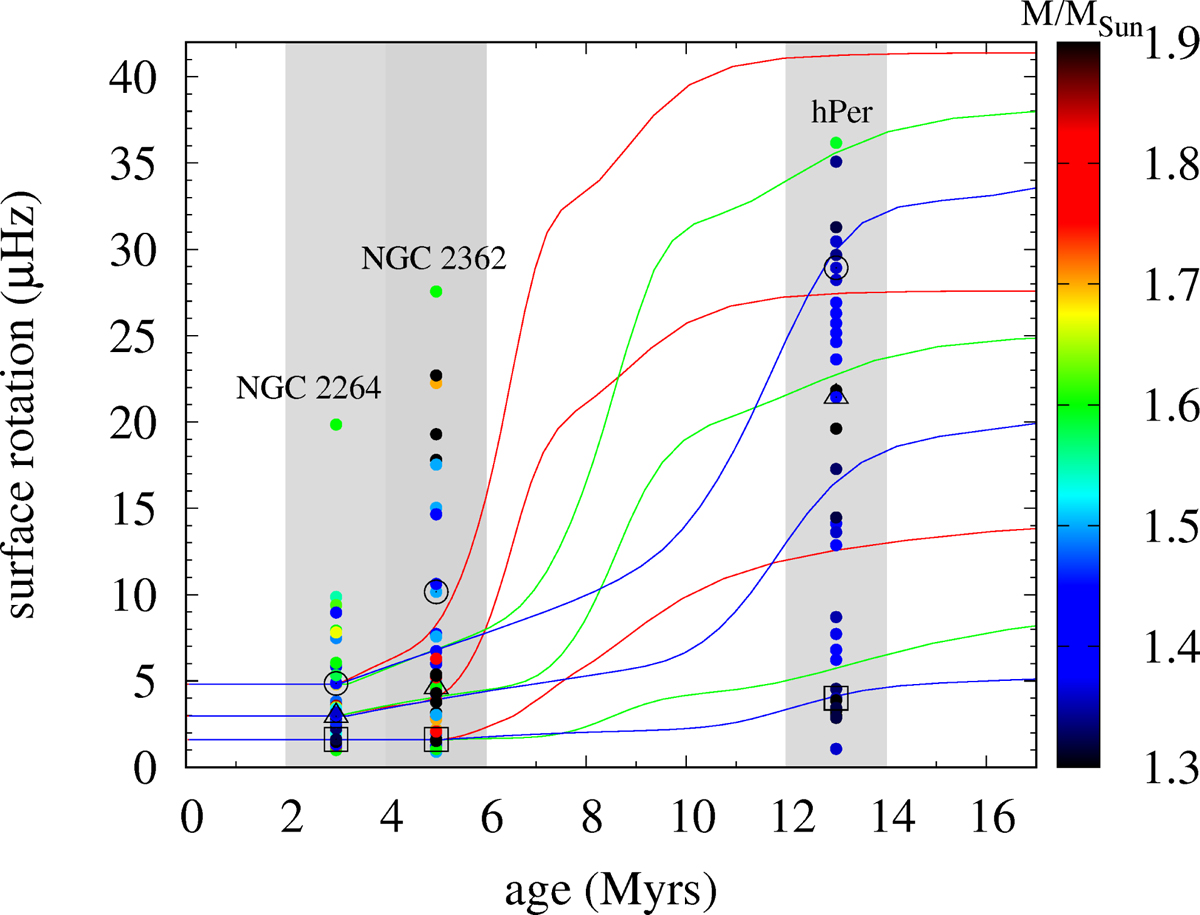