Aims: We investigated the possibility of diagnosing the degree of departure from the Maxwellian distribution using the Fe XVII-Fe XVIII spectra originating in plasmas in collisional ionization equilibrium, such as in the cores of solar active regions or microflares.
Methods: The original collision strengths for excitation are integrated over the non-Maxwellian electron κ-distributions characterized by a high-energy tail. Synthetic X-ray emission line spectra were calculated for a range of temperatures and κ. We focus on the 6-24 Å spectral range to be observed by the upcoming Marshall Grazing-Incidence X-ray Spectrometer MaGIXS.
Results: We find that many line intensity ratios are sensitive to both T and κ. Best diagnostic options are provided if a ratio involving both Fe XVII and Fe XVIII is combined with another ratio involving lines formed within a single ion. The sensitivity of such diagnostics to κ is typically a few tens of per cent. Much larger sensitivity, of about a factor of two to three, can be obtained if the Fe XVIII 93.93 Å line observed by SDO/AIA is used in conjuction with the X-ray lines.
Conclusions: We conclude that the MaGIXS instrument is well-suited for detection of departures from the Maxwellian distribution, especially in active region cores. 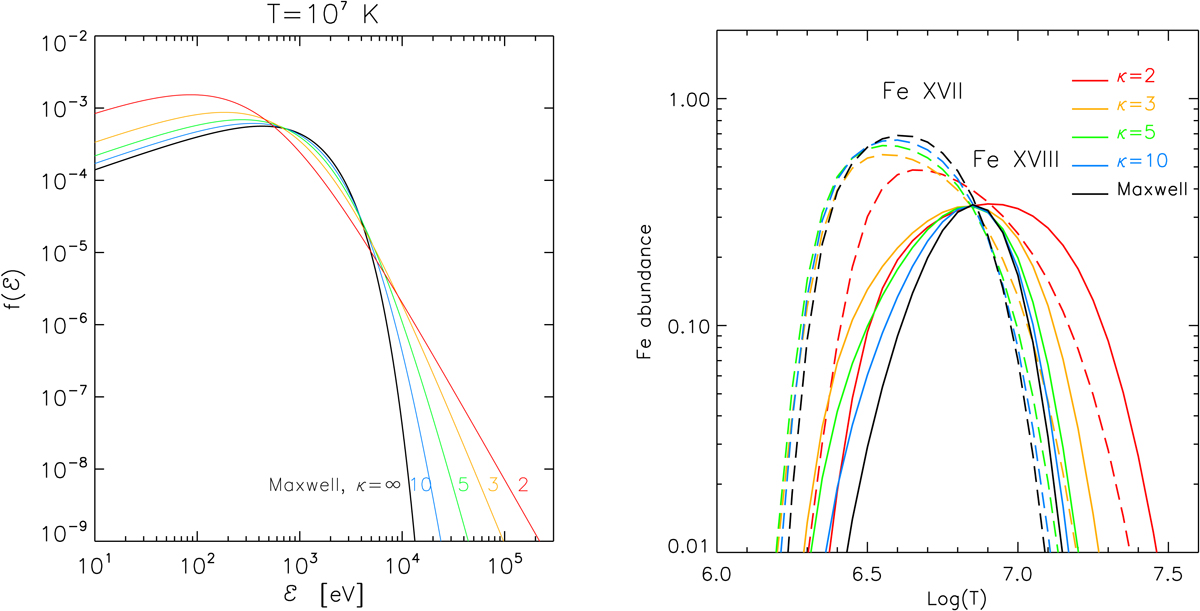