Aims: In the context of accretion disks around black holes, we estimate plasma-environment effects on the atomic parameters associated with the decay of K-vacancy states in highly charged iron ions, namely Fe XVII - Fe XXV.
Methods: Within the relativistic multiconfiguration Dirac-Fock (MCDF) framework, the electron-nucleus and electron-electron plasma screenings were approximated with a time-averaged Debye-Hückel potential.
Results: Modified ionization potentials, K thresholds, wavelengths, radiative emission rates, and Auger widths are reported for astrophysical plasmas characterized by electron temperatures and densities in the ranges 105 - 107 K and 1018 - 1022 cm-3, respectively.
Conclusions: We conclude that the high-resolution microcalorimeters on board future X-ray missions such as XRISM and ATHENA are expected to be sensitive to the lowering of the iron K edge due to the extreme plasma conditions occurring in accretion disks around compact objects. 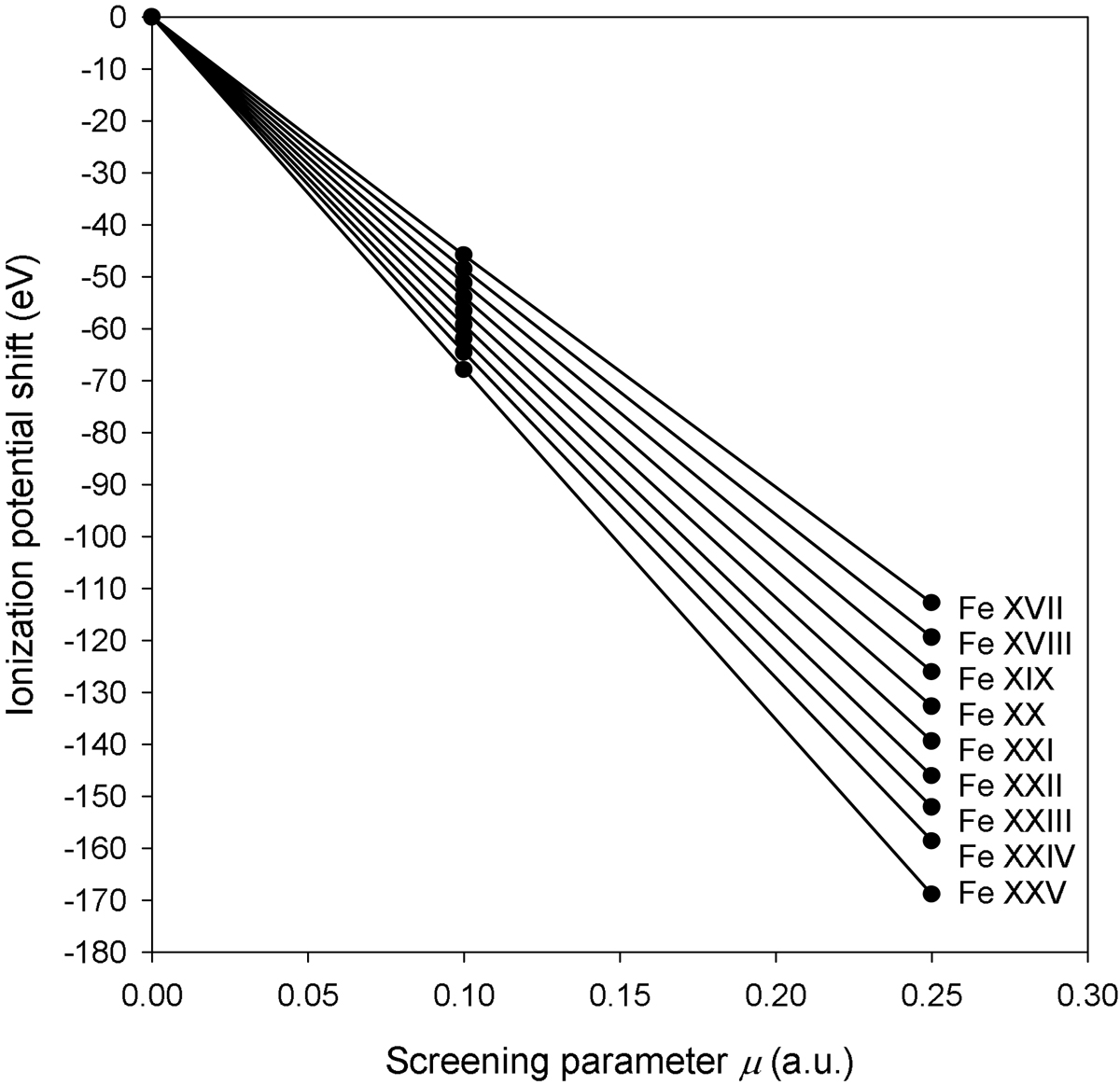