Multiwavelength analysis of brightness variations of 3C 279: probing the relativistic jet structure and its evolution


Aims: We studied the correlation between brightness and polarization variations in 3C 279 at different wavelengths, over time intervals long enough to cover the time lags due to opacity effects. We used these correlations together with VLBI images to constrain the radio and high energy source position.
Methods: We made 7 mm radio continuum and R-band polarimetric observations of 3C 279 between 2009 and 2014. The radio observations were performed at the Itapetinga Radio Observatory, while the polarimetric data were obtained at Pico dos Dias Observatory, both in Brazil. We compared our observations with the γ-ray Fermi/LAT and R-band SMARTS light curves.
Results: We found a good correlation between 7 mm and R-band light curves, with a delay of 170 ± 30 days in radio, but no correlation with the γ rays. However, a group of several γ-ray flares in April 2011 could be associated with the start of the 7 mm strong activity observed at the end of 2011. We also detected an increase in R-band polarization degree and rotation of the polarization angle simultaneous with these flares. Contemporaneous VLBI images at the same radio frequency show two new strong components close to the core, ejected in directions very different from that of the jet.
Conclusions: The good correlation between radio and R-band variability suggests that their origin is synchrotron radiation. The lack of correlation with γ-rays produced by the Inverse Compton process on some occasions could be due to the lack of low energy photons in the jet direction or to absorption of the high energy photons by the broad line region clouds. The variability of the polarization parameters during flares can be easily explained by the combination of the jet polarization parameters and those of newly formed jet components. 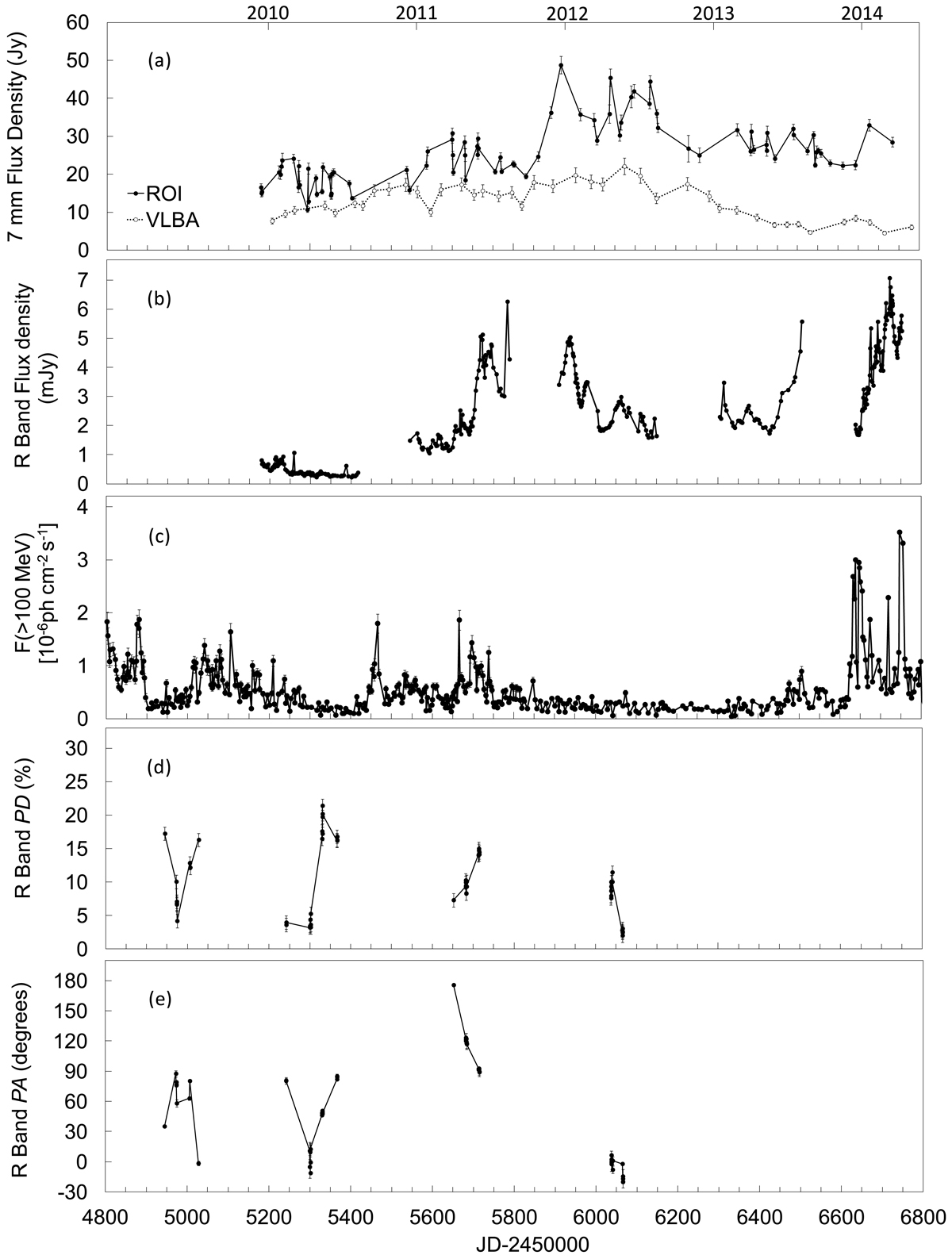