The second data release of the Gaia mission has revealed a very rich structure in local velocity space. In terms of in-plane motions, this rich structure is also seen as multiple ridges in the actions of the axisymmetric background potential of the Galaxy. These ridges are probably related to a combination of effects from ongoing phase-mixing and resonances from the spiral arms and the bar. We have recently developed a method for capturing the behaviour of the stellar phase-space distribution function at a resonance by re-expressing it in terms of a new set of canonical actions and angles variables valid in the resonant region. Here, by properly treating the distribution function at resonances, and by using a realistic model for a slowly rotating large Galactic bar with pattern speed Ωb = 39 km s-1 kpc-1, we show that no fewer than six ridges in local action space can be related to resonances with the bar. Two of these ridges at low angular momentum correspond to the corotation resonance, and can be associated with the Hercules moving group in local velocity space. Another ridge at high angular momentum corresponds to the outer Lindblad resonance, and can tentatively be associated with the velocity structure seen as an arch at high azimuthal velocities in Gaia data. The other ridges are associated with the 3:1, 4:1, and 6:1 resonances. The last can be associated with the so-called "horn" of the local velocity distribution. While it is clear that effects from spiral arms and incomplete phase-mixing related to external perturbations also play a role in shaping the complex kinematics revealed by Gaia data, the present work demonstrates that, contrary to common misconceptions, the bar alone can create multiple prominent ridges in velocity and action space. 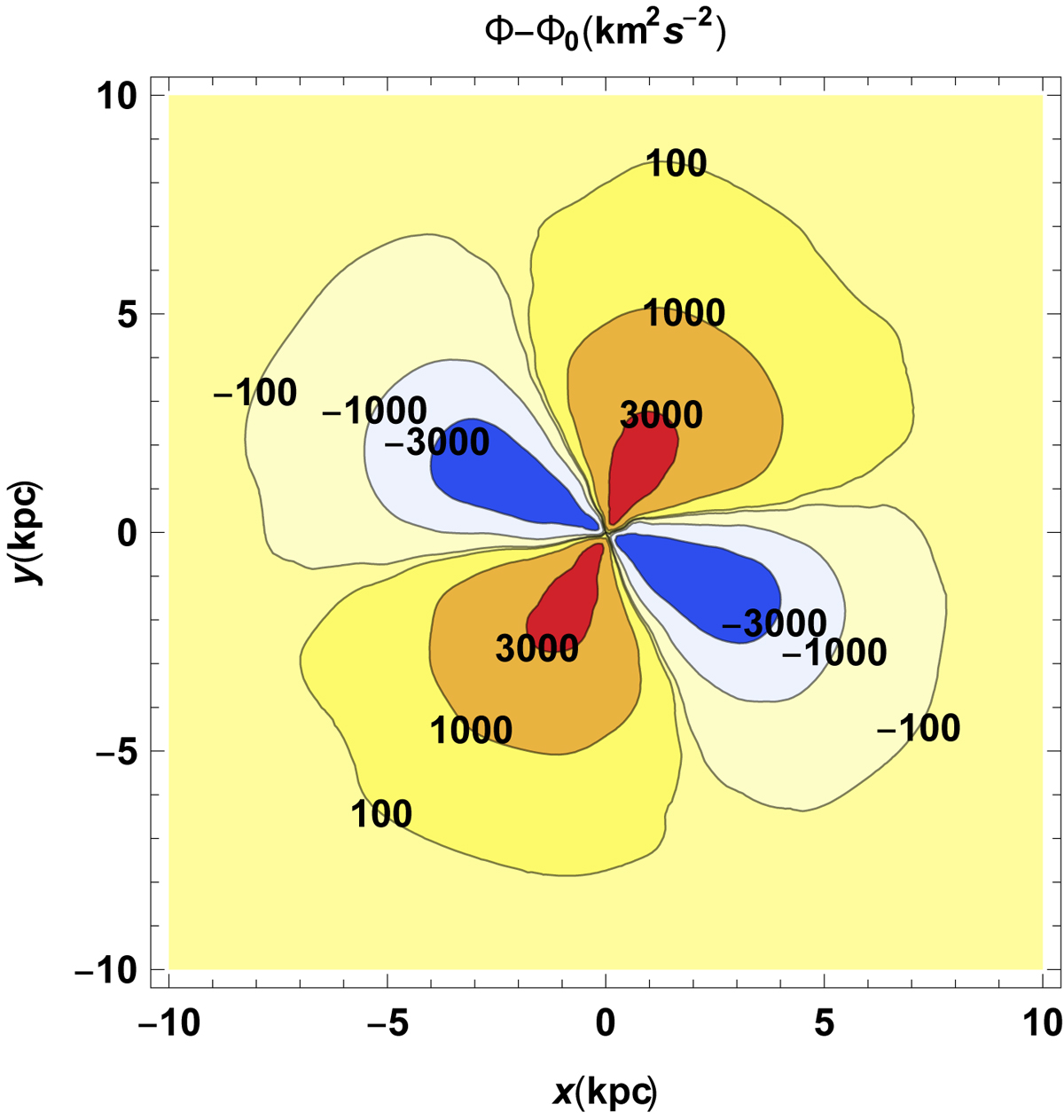