Context. The study of young Sun-like stars is fundamental to understanding the magnetic activity and rotational evolution of the Sun. Space-borne photometry by the Kepler telescope provides unprecedented datasets to investigate these phenomena in Sun-like stars.
Aims: We present a new analysis of the entire Kepler photometric time series of the moderately young Sun-like star Kepler-17 accompanied by a transiting hot Jupiter.
Methods: We applied a maximum-entropy spot model to the long-cadence out-of-transit photometry of the target to derive maps of the starspot filling factor versus the longitude and the time. These maps are compared to the spots occulted during transits to validate our reconstruction and derive information on the latitudes of the starspots.
Results: We find two main active longitudes on the photosphere of Kepler-17, one of which has a lifetime of at least ∼1400 days although with a varying level of activity. The latitudinal differential rotation is of solar type, that is, with the equator rotating faster than the poles. We estimate a minimum relative amplitude ΔΩ/Ω between ∼0.08 ± 0.05 and 0.14 ± 0.05, our determination being affected by the finite lifetime of individual starspots and depending on the adopted spot model parameters. We find marginal evidence of a short-term intermittent activity cycle of ∼48 days and an indication of a longer cycle of 400-600 days characterized by an equatorward migration of the mean latitude of the spots as in the Sun. The rotation of Kepler-17 is likely to be significantly affected by the tides raised by its massive close-by planet. Conclusion. We confirm the reliability of maximum-entropy spot models to map starspots in young active stars and characterize the activity and differential rotation of this young Sun-like planetary host. 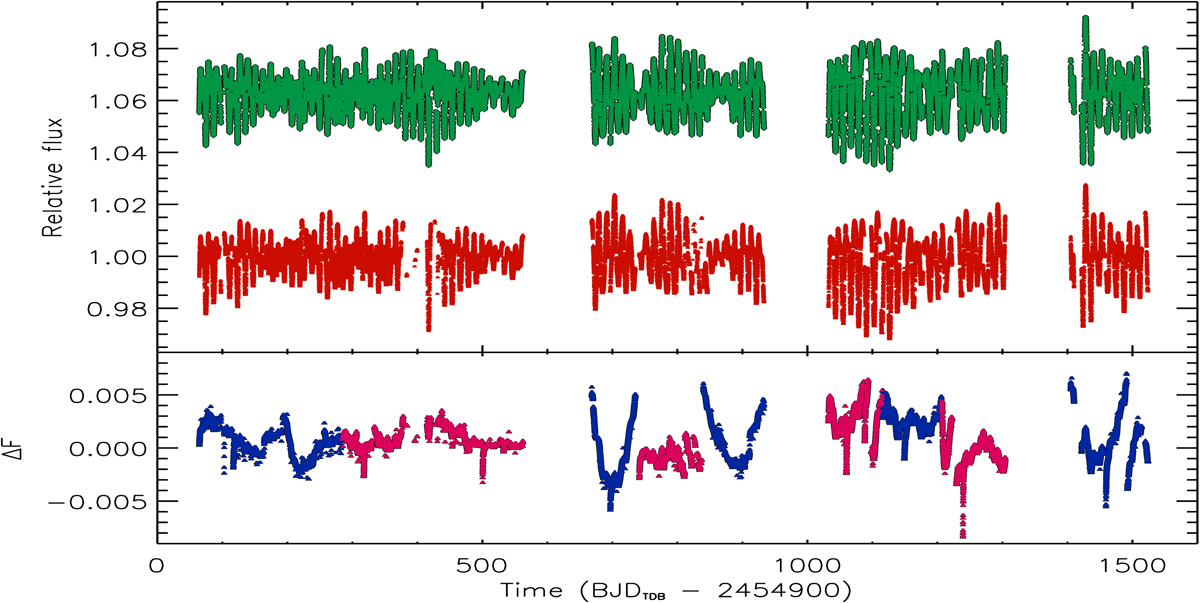