We present the results of our photometric and spectroscopic follow-up of the intermediate-luminosity optical transient . At peak, the object reaches an absolute magnitude of Mg = -15.46 ± 0.15 mag and a bolometric luminosity of 5.5 × 1041 erg s-1. Its light curve has the double-peak shape typical of luminous red novae (LRNe), with a narrow first peak bright in the blue bands, while the second peak is longer-lasting and more luminous in the red and near-infrared (NIR) bands. During the first peak, the spectrum shows a blue continuum with narrow emission lines of H and Fe II. During the second peak, the spectrum becomes cooler, resembling that of a K-type star, and the emission lines are replaced by a forest of narrow lines in absorption. About 5 months later, while the optical light curves are characterized by a fast linear decline, the NIR ones show a moderate rebrightening, observed until the transient disappears in solar conjunction. At these late epochs, the spectrum becomes reminiscent of that of M-type stars, with prominent molecular absorption bands. The late-time properties suggest the formation of some dust in the expanding common envelope or an IR echo from foreground pre-existing dust. We propose that the object is a common-envelope transient, possibly the outcome of a merging event in a massive binary, similar to . 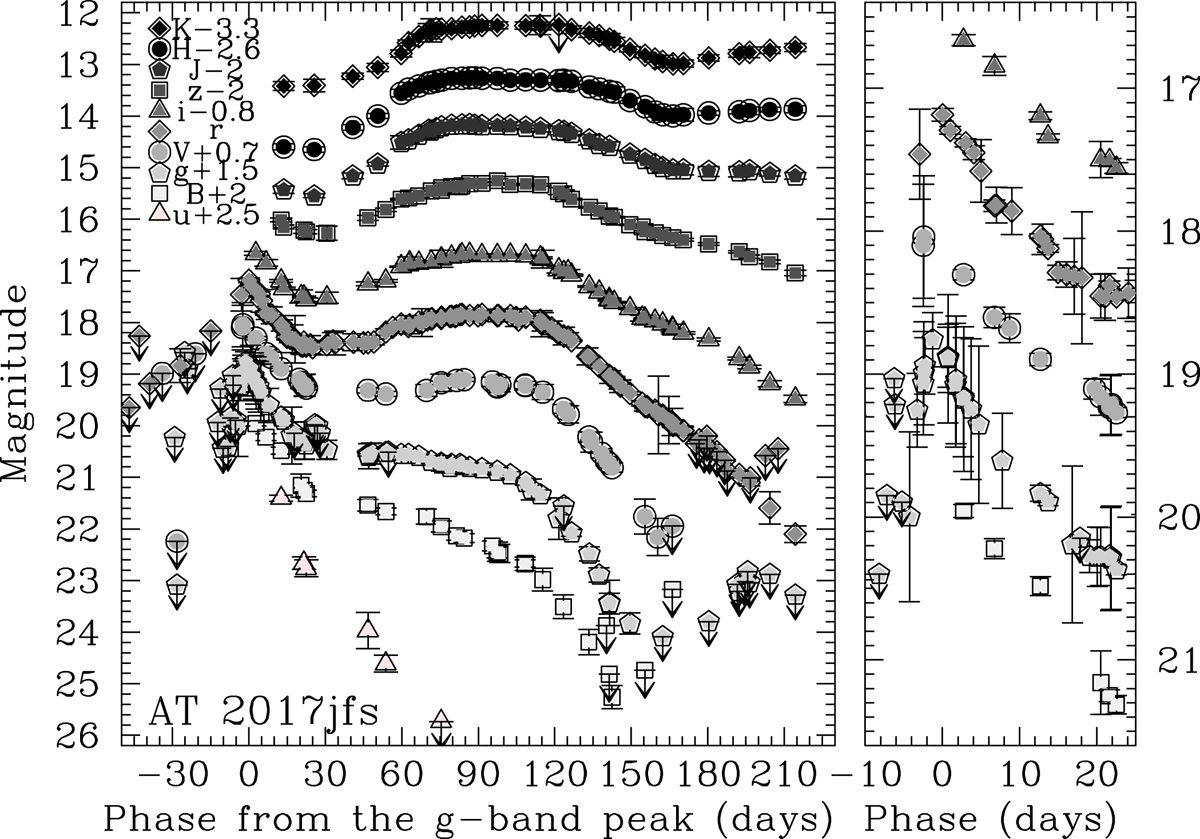