Context. S stars are late-type giants with spectra showing characteristic molecular bands of ZrO in addition to the TiO bands typical of M stars. Their overabundance pattern shows the signature of s-process nucleosynthesis. Intrinsic, technetium (Tc)-rich S stars are the first objects on the asymptotic giant branch (AGB) to undergo third dredge-up (TDU) events. Exquisite Gaia parallaxes now allow for these stars to be precisely located in the Hertzsprung-Russell (HR) diagram. Here we report on a population of low-mass, Tc-rich S stars previously unaccounted for by stellar evolution models.
Aims: Our aim is to derive parameters for a sample of low-mass, Tc-rich S stars and then, by comparing their location in the HR diagram with stellar evolution tracks, to derive their masses and to compare their measured s-process abundance profiles with recently derived STAREVOL nucleosynthetic predictions for low-mass AGB stars.
Methods: Stellar parameters were obtained using a combination of HERMES high-resolution spectra, accurate Gaia Data Release 2 (Gaia-DR2) parallaxes, stellar-evolution models, and newly designed MARCS model atmospheres for S-type stars.
Results: We report on six Tc-rich S stars lying close to the 1 M☉ (initial mass) tracks of AGB stars of the corresponding metallicity and above the predicted onset of TDU, as expected. This provides direct evidence for TDUs occurring in AGB stars with initial masses as low as ̃1 M☉ and at low luminosity, that is, at the start of the thermally pulsing AGB. We present AGB models producing TDU in those stars with [Fe/H] in the range -0.25 to -0.5. There is reasonable agreement between the measured and predicted s-process abundance profiles. For two objects however, CD -29°5912 and BD +34°1698, the predicted C/O ratio and s-process enhancements do not simultaneously match the measured ones.

Based on observations made with the Mercator Telescope, operated on the island of La Palma by the Flemish Community, at the Spanish Observatorio del Roque de los Muchachos of the Instituto de Astrofísica de Canarias. 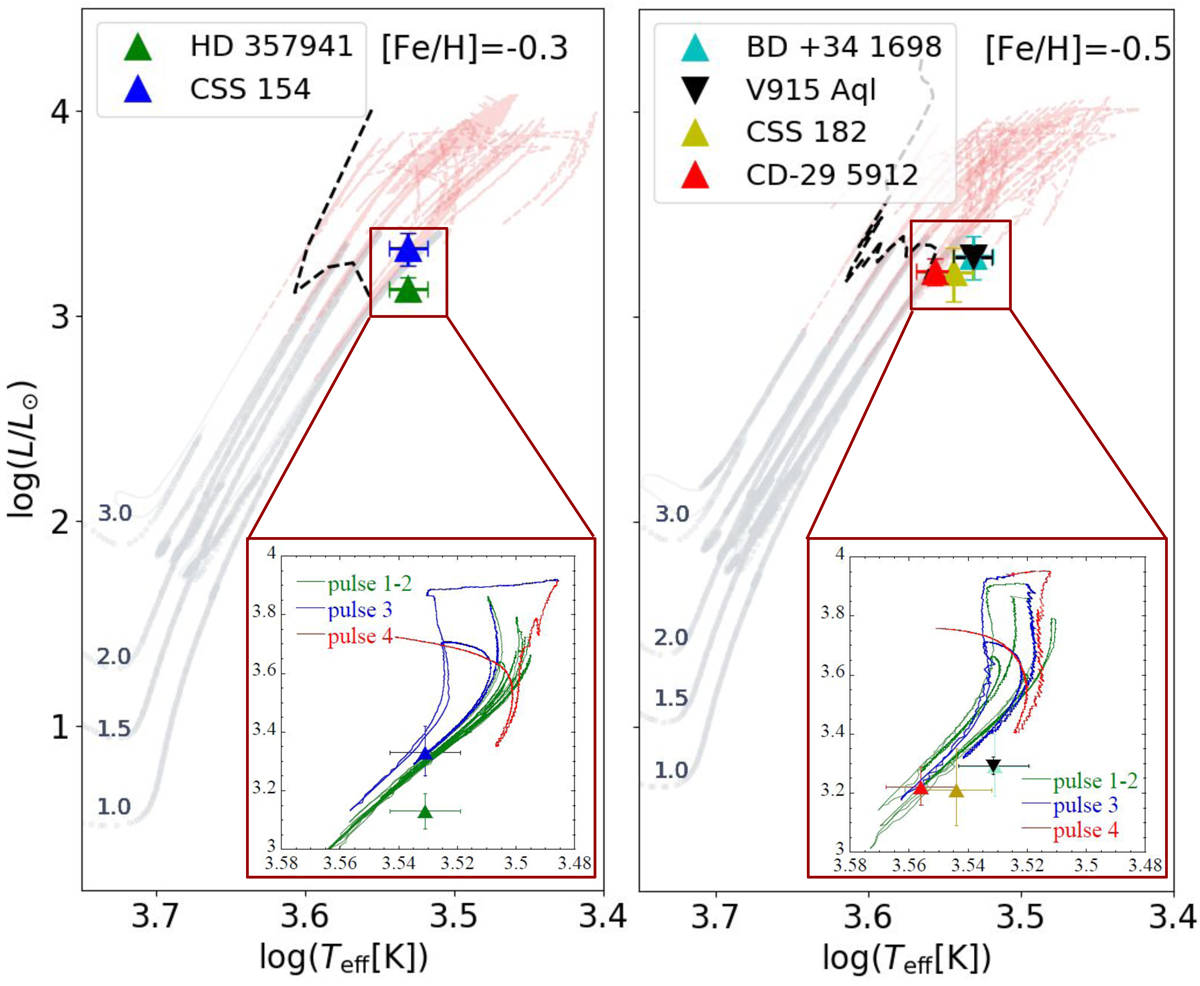