Context. Planetary population analysis gives us insight into formation and evolution processes. For short-period planets, the sub-Jovian desert has been discussed in recent years with regard to the planet population in the mass/period and radius/period parameter space without taking stellar parameters into account. The Next Generation Transit Survey (NGTS) is optimised for detecting planets in this regime, which allows for further analysis of the sub-Jovian desert.
Aims: With high-precision photometric surveys (e.g. with NGTS and TESS), which aim to detect short period planets especially around M/K-type host stars, stellar parameters need to be accounted for when empirical data are compared to model predictions. Presenting a newly discovered planet at the boundary of the sub-Jovian desert, we analyse its bulk properties and use it to show the properties of exoplanets that border the sub-Jovian desert.
Methods: Using NGTS light curve and spectroscopic follow-up observations, we confirm the planetary nature of planet NGTS-5b and determine its mass. Using exoplanet archives, we set the planet in context with other discoveries.
Results: NGTS-5b is a short-period planet with an orbital period of 3.3569866 ± 0.0000026 days. With a mass of 0.229 ± 0.037 MJup and a radius of 1.136 ± 0.023 RJup, it is highly inflated. Its mass places it at the upper boundary of the sub-Jovian desert. Because the host is a K2 dwarf, we need to account for the stellar parameters when NGTS-5b is analysed with regard to planet populations.
Conclusions: With red-sensitive surveys (e.g. with NGTS and TESS), we expect many more planets around late-type stars to be detected. An empirical analysis of the sub-Jovian desert should therefore take stellar parameters into account. 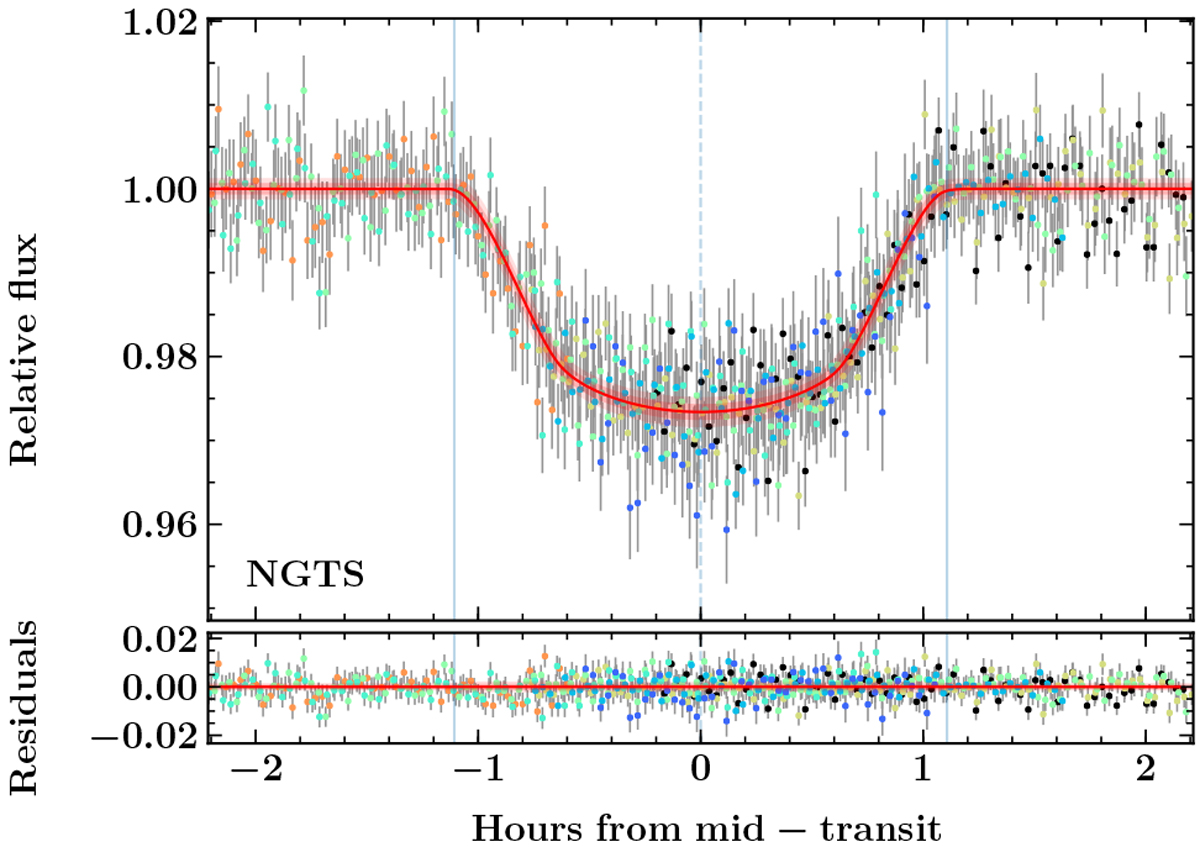