The evolution of the comoving kinetic luminosity densities (Ωkin) of the radio loud high-excitation radio galaxies (RL HERGs) and the low-excitation radio galaxies (LERGs) in the ultimate XMM extragalactic survey south (XXL-S) field is presented. The wide area and deep radio and optical data of XXL-S have allowed the construction of the radio luminosity functions (RLFs) of the RL HERGs and LERGs across a wide range in radio luminosity out to high redshift (z = 1.3). The LERG RLFs display weak evolution: Φ(z)∝(1 + z)0.67 ± 0.17 in the pure density evolution (PDE) case and Φ(z)∝(1 + z)0.84 ± 0.31 in the pure luminosity evolution (PLE) case. The RL HERG RLFs demonstrate stronger evolution than the LERGs: Φ(z)∝(1 + z)1.81 ± 0.15 for PDE and Φ(z)∝(1 + z)3.19 ± 0.29 for PLE. Using a scaling relation to convert the 1.4 GHz radio luminosities into kinetic luminosities, the evolution of Ωkin was calculated for the RL HERGs and LERGs and compared to the predictions from various simulations. The prediction for the evolution of radio mode feedback in the Semi-Analytic Galaxy Evolution (SAGE) model is consistent with the Ωkin evolution for all XXL-S RL AGN (all RL HERGs and LERGs), indicating that the kinetic luminosities of RL AGN may be able to balance the radiative cooling of the hot phase of the IGM. Simulations that predict the Ωkin evolution of LERG equivalent populations show similar slopes to the XXL-S LERG evolution, suggesting that observations of LERGs are well described by models of SMBHs that slowly accrete hot gas. On the other hand, models of RL HERG equivalent populations differ in their predictions. While LERGs dominate the kinetic luminosity output of RL AGN at all redshifts, the evolution of the RL HERGs in XXL-S is weaker compared to what other studies have found. This implies that radio mode feedback from RL HERGs is more prominent at lower redshifts than was previously thought. 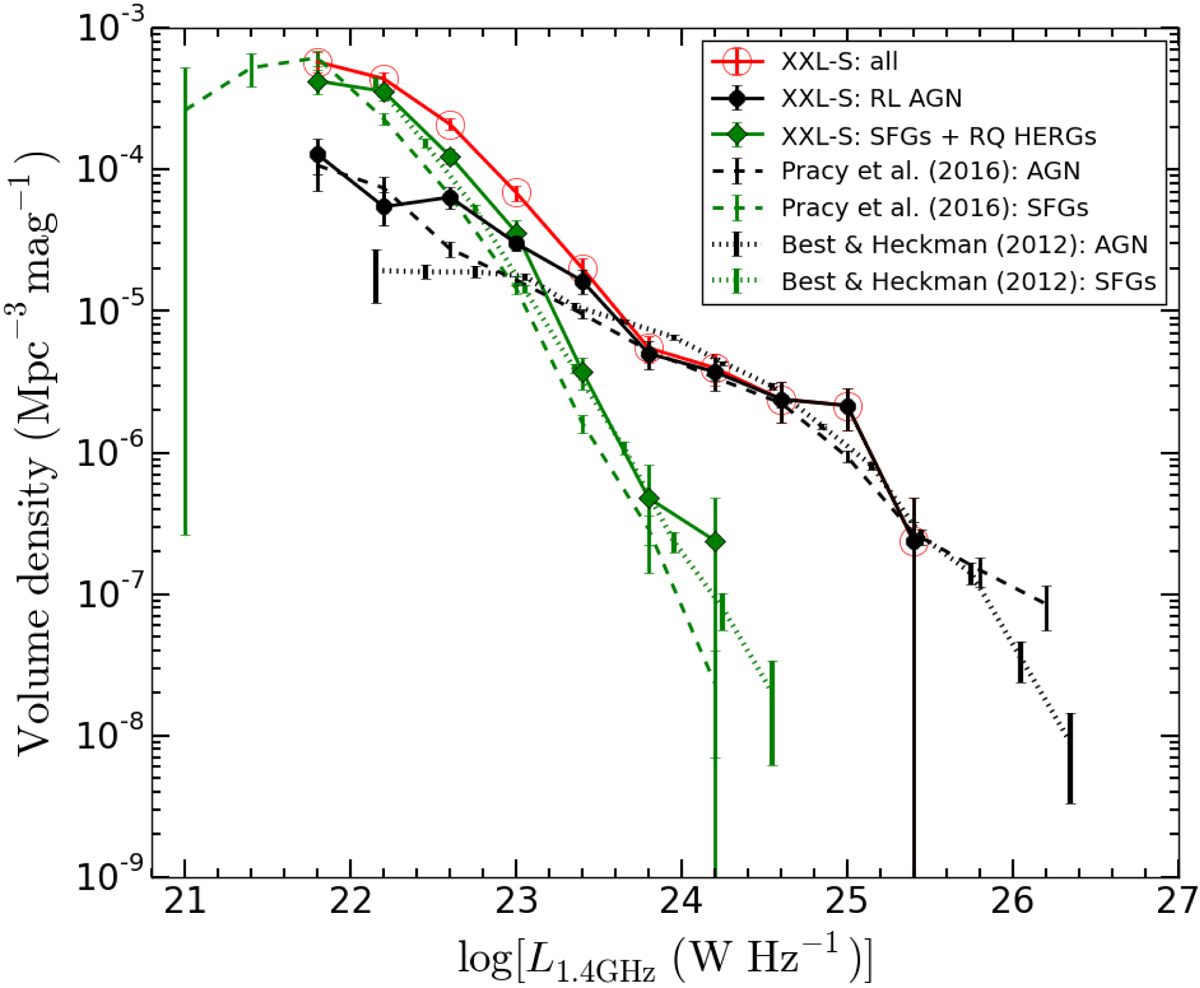