Stars that start their lives with spectral types O and early B are the progenitors of core-collapse supernovae, long gamma-ray bursts, neutron stars, and black holes. These massive stars are the primary sources of stellar feedback in star-forming galaxies. At low metallicities, the properties of massive stars and their evolution are not yet fully explored. Here we report a spectroscopic study of 320 massive stars of spectral types O (23 stars) and B (297 stars) in the Wing of the Small Magellanic Cloud (SMC). The spectra, which we obtained with the ESO Very Large Telescope, were analyzed using state-of-the-art stellar atmosphere models, and the stellar parameters were determined. We find that the stellar winds of our sample stars are generally much weaker than theoretically expected. The stellar rotation rates show broad, tentatively bimodal distributions. The upper Hertzsprung-Russell diagram (HRD) is well populated by the stars of our sample from a specific field in the SMC Wing. A few very luminous O stars are found close to the main sequence, while all other, slightly evolved stars obey a strict luminosity limit. Considering additional massive stars in evolved stages, with published parameters and located all over the SMC, essentially confirms this picture. The comparison with single-star evolutionary tracks suggests a dichotomy in the fate of massive stars in the SMC. Only stars with an initial mass below ∼30 M⊙ seem to evolve from the main sequence to the cool side of the HRD to become a red supergiant and to explode as type II-P supernova. In contrast, stars with initially more than ∼30 M⊙ appear to stay always hot and might evolve quasi chemically homogeneously, finally collapsing to relatively massive black holes. However, we find no indication that chemical mixing is correlated with rapid rotation. We measured the key parameters of stellar feedback and established the links between the rates of star formation and supernovae. Our study demonstrates that in metal-poor environments stellar feedback is dominated by core-collapse supernovae in combination with winds and ionizing radiation supplied by a few of the most massive stars. We found indications of the stochastic mode of massive star formation, where the resulting stellar population is fully capable of producing large-scale structures such as the supergiant shell SMC-SGS 1 in the Wing. The low level of feedback in metal-poor stellar populations allows star formation episodes to persist over long timescales. 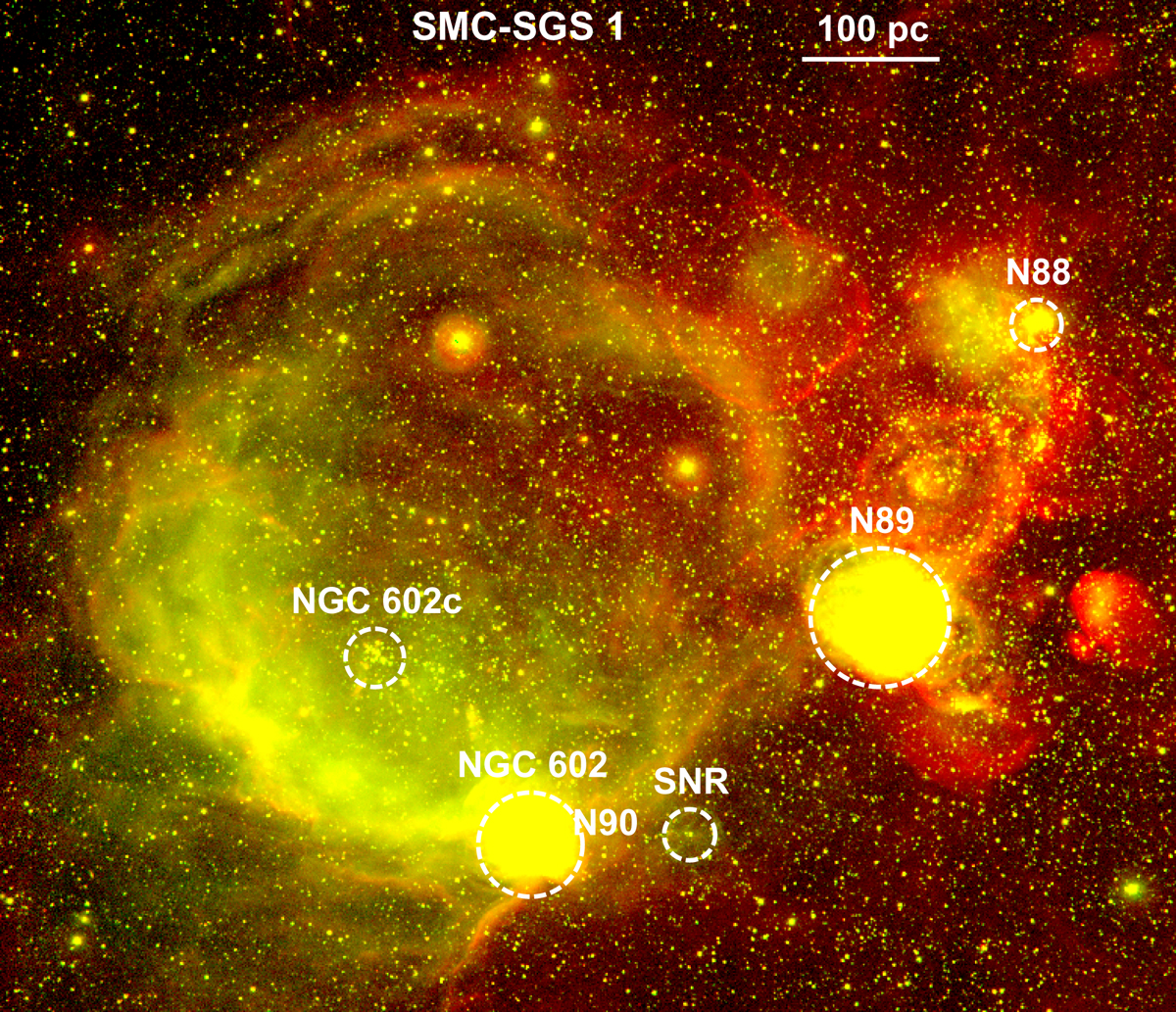