The understanding of the rotational evolution of early-type stars is deeply related to that of anisotropic mass and angular momentum loss. In this paper, we aim to clarify the rotational evolution of rapidly rotating early-type stars along the main sequence (MS). We have used the 2D ESTER code to compute and evolve isolated rapidly rotating early-type stellar models along the MS, with and without anisotropic mass loss. We show that stars with Z = 0.02 and masses between 5 and 7 M☉ reach criticality during the main sequence provided their initial angular velocity is larger than 50% of the Keplerian one. More massive stars are subject to radiation-driven winds and to an associated loss of mass and angular momentum. We find that this angular momentum extraction from the outer layers can prevent massive stars from reaching critical rotation and greatly reduce the degree of criticality at the end of the MS. Our model includes the so-called bi-stability jump of the Ṁ - Teff relation of 1D-models. This discontinuity now shows up in the latitude variations of the mass-flux surface density, endowing rotating massive stars with either a single-wind regime (no discontinuity) or a two-wind regime (a discontinuity). In the two-wind regime, mass loss and angular momentum loss are strongly increased at low latitudes inducing a faster slow-down of the rotation. However, predicting the rotational fate of a massive star is difficult, mainly because of the non-linearity of the phenomena involved and their strong dependence on uncertain prescriptions. Moreover, the very existence of the bi-stability jump in mass-loss rate remains to be substantiated by observations. 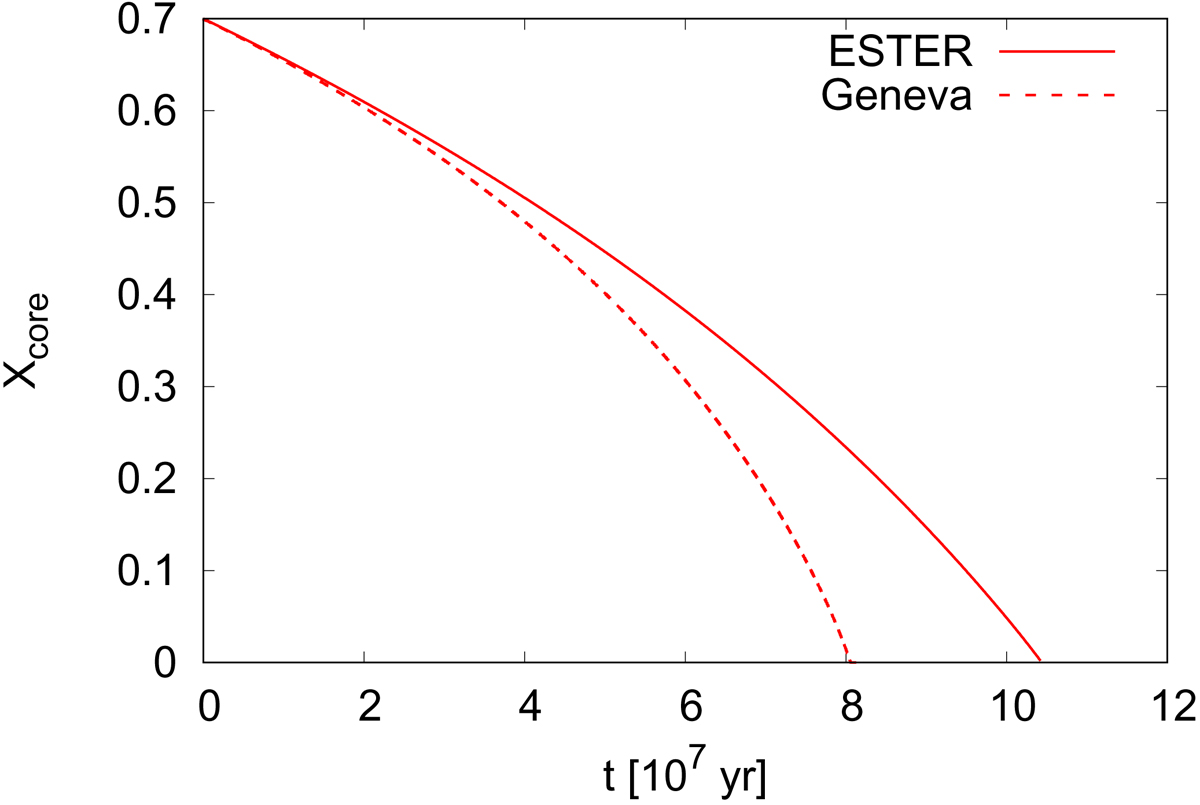