Context. Studying the spots of late-type stars is crucial for distinguishing between the various proposed dynamo mechanisms believed to be the main cause of starspot activity. For this research it is important to collect observation time series that are long enough to unravel both long- and short-term spot evolution. Doppler imaging is a very efficient method for studying spots of stars that cannot be angularly resolved.
Aims: High-resolution spectral observations during 1994-2017 are analysed in order to reveal long- and short-term changes in the spot activity of the FK Comae-type subgiant HD 199178.
Methods: Most of the observations were collected with the Nordic Optical Telescope. The Doppler imaging temperature maps were calculated using an inversion technique based on Tikhonov regularisation and utilising multiple spectral lines.
Results: We present a unique series of 41 temperature maps spanning more than 23 years. All reliable images show a large cool spot region centred near the visible rotation pole. Some lower latitude cool features are also recovered, although the reliability of these is questionable. There is an expected anti-correlation between the mean surface temperature and the spot coverage. Using the Doppler images, we construct the equivalent of a solar butterfly diagram for HD 199178.
Conclusions: HD 199178 clearly has a long-term large and cool spot structure at the rotational pole. This spot structure dominated the spot activity during the years 1994-2017. The size and position of the structure has evolved with time, with a gradual increase during the last years. The lack of lower latitude features prevents the determination of a possible differential rotation.

The spectra are only available at the CDS via anonymous ftp to http://cdsarc.u-strasbg.fr (ftp://130.79.128.5) or via http://cdsarc.u-strasbg.fr/viz-bin/qcat?J/A+A/625/A79Based on observations made with the Nordic Optical Telescope, operated by the Nordic Optical Telescope Scientific Association at the Observatorio del Roque de los Muchachos, La Palma, Spain, of the Instituto de Astrofisica de Canarias. 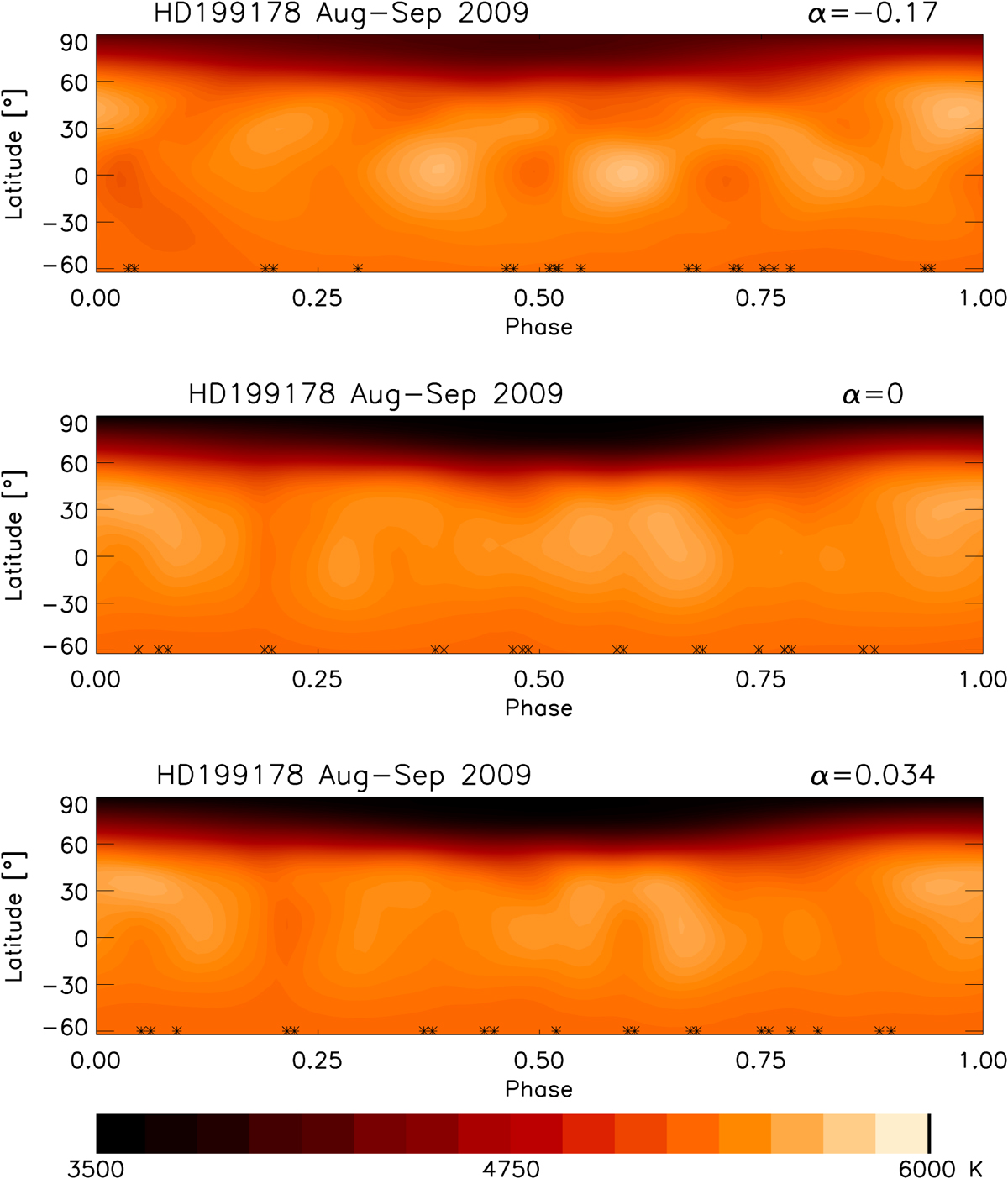