Aims: We studied the rotational properties of the dwarf planet Makemake.
Methods: The photometric observations were carried out at different telescopes between 2006 and 2017. Most of the measurements were acquired in BVRI broad-band filters of a standard Johnson-Cousins photometric system.
Results: We found that Makemake rotates more slowly than was previously reported. A possible lightcurve asymmetry suggests a double-peaked period of P = 22.8266 ± 0.0001 h. A small peak-to-peak lightcurve amplitude in R-filter A = 0.032 ± 0.005 mag implies an almost spherical shape or near pole-on orientation. We also measured BVRI colours and the R-filter phase-angle slope and revised the absolute magnitudes. The absolute magnitude of Makemake has remained unchanged since its discovery in 2005. No direct evidence of a newly discovered satellite was found in our photometric data; however, we discuss the possible existence of another larger satellite. 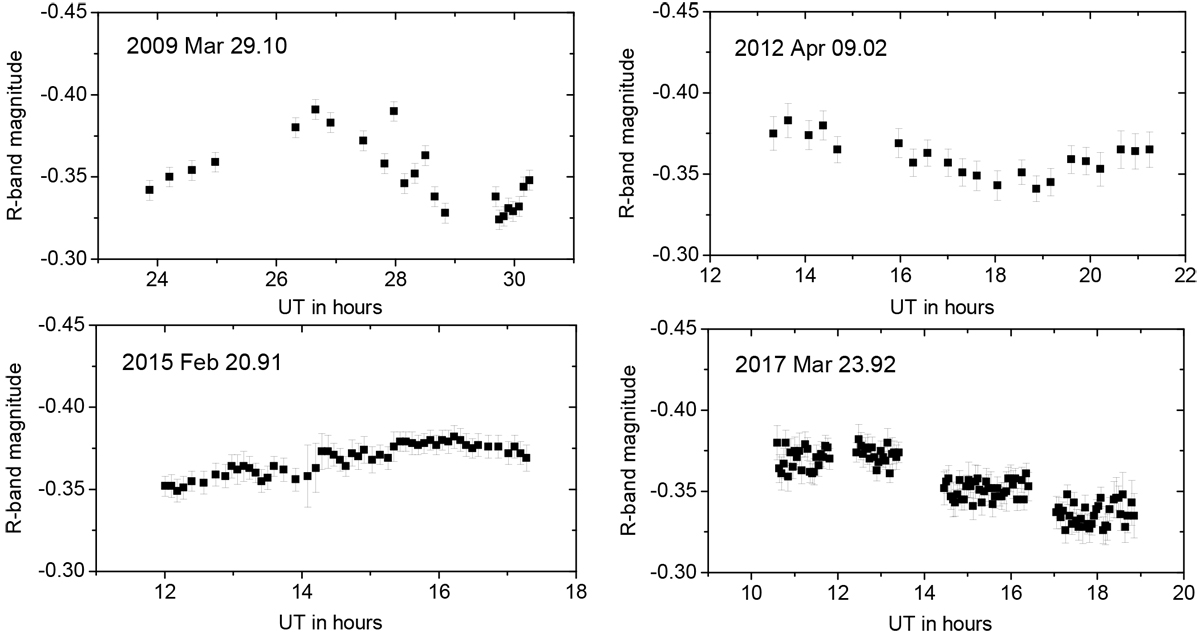