Context. The tenuous nitrogen (N2) atmosphere on Pluto undergoes strong seasonal effects due to high obliquity and orbital eccentricity, and has recently (July 2015) been observed by the New Horizons spacecraft.
Aims: The main goals of this study are (i) to construct a well calibrated record of the seasonal evolution of surface pressure on Pluto and (ii) to constrain the structure of the lower atmosphere using a central flash observed in 2015.
Methods: Eleven stellar occultations by Pluto observed between 2002 and 2016 are used to retrieve atmospheric profiles (density, pressure, temperature) between altitude levels of ~5 and ~380 km (i.e. pressures from ~ 10 μbar to 10 nbar).
Results: (i) Pressure has suffered a monotonic increase from 1988 to 2016, that is compared to a seasonal volatile transport model, from which tight constraints on a combination of albedo and emissivity of N2 ice are derived. (ii) A central flash observed on 2015 June 29 is consistent with New Horizons REX profiles, provided that (a) large diurnal temperature variations (not expected by current models) occur over Sputnik Planitia; and/or (b) hazes with tangential optical depth of ~0.3 are present at 4-7 km altitude levels; and/or (c) the nominal REX density values are overestimated by an implausibly large factor of ~20%; and/or (d) higher terrains block part of the flash in the Charon facing hemisphere. 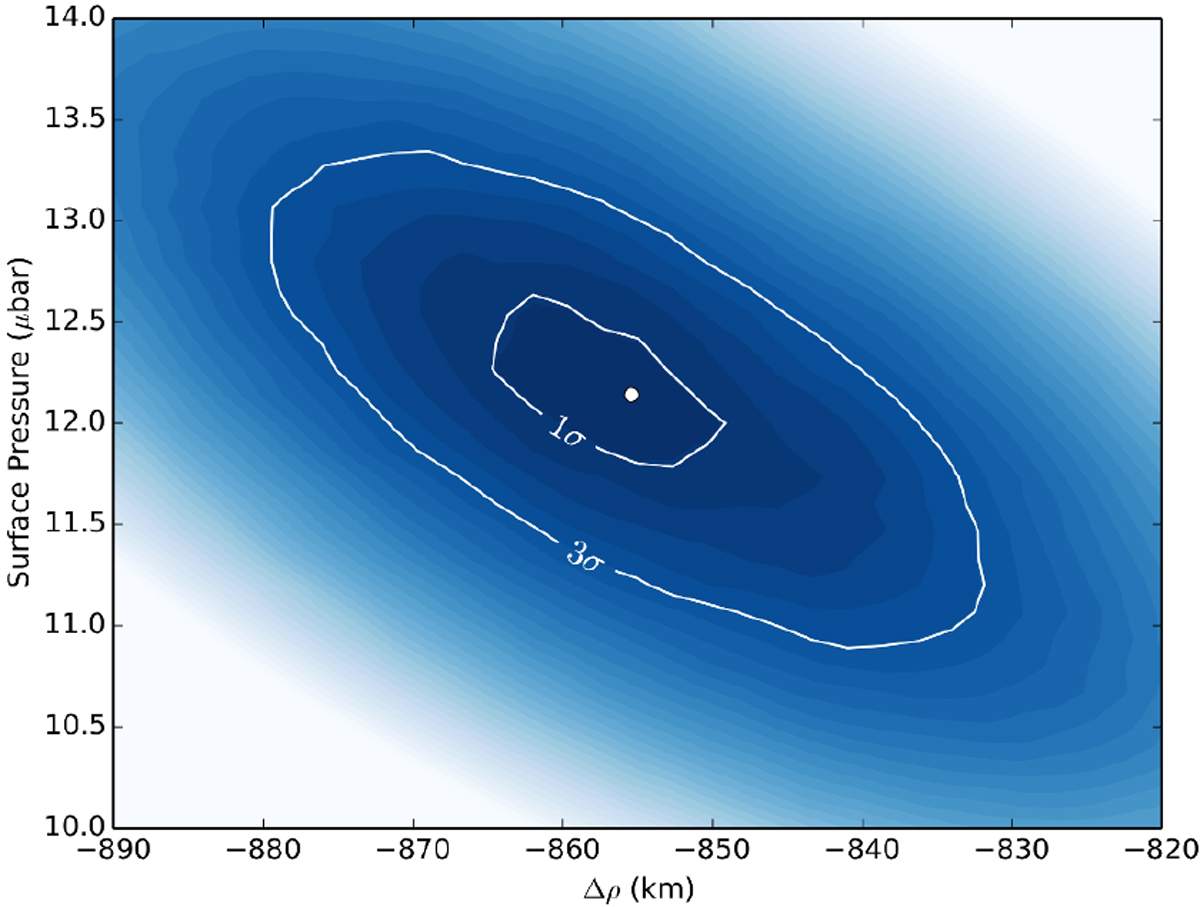