Context. Asteroid (6478) Gault was discovered to exhibit a comet-like tail in observations from December 2018, becoming a new member of the so-called active asteroid population in the main asteroid belt.
Aims: We seek to investigate the grain properties of the dust ejected from asteroid (6478) Gault and to give insight into the activity mechanism(s).
Methods: We use a Monte Carlo dust tail brightness code to retrieve the dates of dust ejection, the physical properties of the grains, and the total dust mass losses during each event. The code takes into account the brightness contribution of the asteroid itself. The model is applied to a large data set of images spanning the period from 2019 January 11 to 2019 March 13. In addition, we carried out both short- and long-term photometric measurements of the asteroid.
Results: It is shown that, to date, asteroid (6478) Gault has experienced two episodes of impulsive dust ejection, which took place around 2018 November 5 and 2019 January 2. These two episodes released at least 1.4 × 107 kg and 1.6 × 106 kg of dust, respectively, at escape speeds. The size distribution, consisting of particles in the 1 μm-1 cm radius range, follows a broken power law with bending points near 15 μm and 870 μm. On the other hand, the photometric series indicate a nearly constant magnitude over several 5-7.3 h periods, which is a possible effect of the masking of a rotational light curve by the dust.
Conclusions: The dust particles forming Gault's tails were released from the asteroid at escape speeds, but the specific ejection mechanism is unclear until photometry of the dust-free asteroid are conducted to assess whether this was related to rotational disruption or to other possible causes. 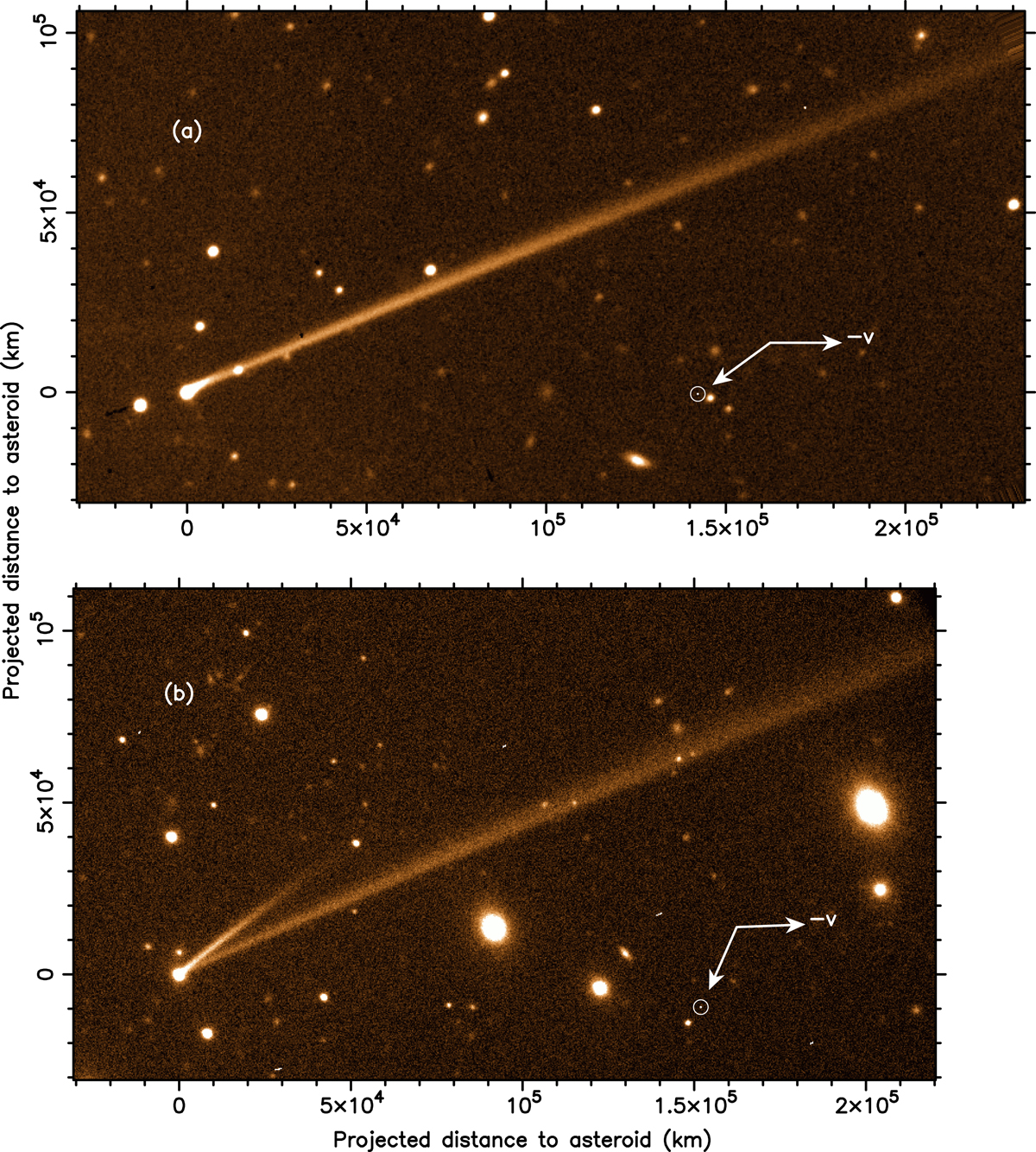