The shape of (7) Iris as evidence of an ancient large impact?

Context. Asteroid (7) Iris is an ideal target for disk-resolved imaging owing to its brightness (V 7-8) and large angular size of 0.33'' during its apparitions. Iris is believed to belong to the category of large unfragmented asteroids that avoided internal differentiation, implying that its current shape and topography may record the first few 100 Myr of the solar system's collisional evolution.
Aims: We recovered information about the shape and surface topography of Iris from disk-resolved VLT/SPHERE/ZIMPOL images acquired in the frame of our ESO large program.
Methods: We used the All-Data Asteroid Modeling (ADAM) shape reconstruction algorithm to model the 3D shape of Iris, using optical disk-integrated data and disk-resolved images from SPHERE and earlier AO systems as inputs. We analyzed the SPHERE images and our model to infer the asteroid's global shape and the morphology of its main craters.
Results: We present the 3D shape, volume-equivalent diameter Deq = 214 ± 5 km, and bulk density ρ = 2.7 ± 0.3 g cm-3 of Iris. Its shape appears to be consistent with that of an oblate spheroid with a large equatorial excavation. We identified eight putative surface features 20-40 km in diameter detected at several epochs, which we interpret as impact craters, and several additional crater candidates. Craters on Iris have depth-to-diameter ratios that are similar to those of analogous 10 km craters on Vesta.
Conclusions: The bulk density of Iris is consistent with that of its meteoritic analog based on spectroscopic observations, namely LL ordinary chondrites. Considering the absence of a collisional family related to Iris and the number of large craters on its surface, we suggest that its equatorial depression may be the remnant of an ancient (at least 3 Gyr) impact. Iris's shape further opens the possibility that large planetesimals formed as almost perfect oblate spheroids. Finally, we attribute the difference in crater morphology between Iris and Vesta to their different surface gravities, and the absence of a substantial impact-induced regolith on Iris. 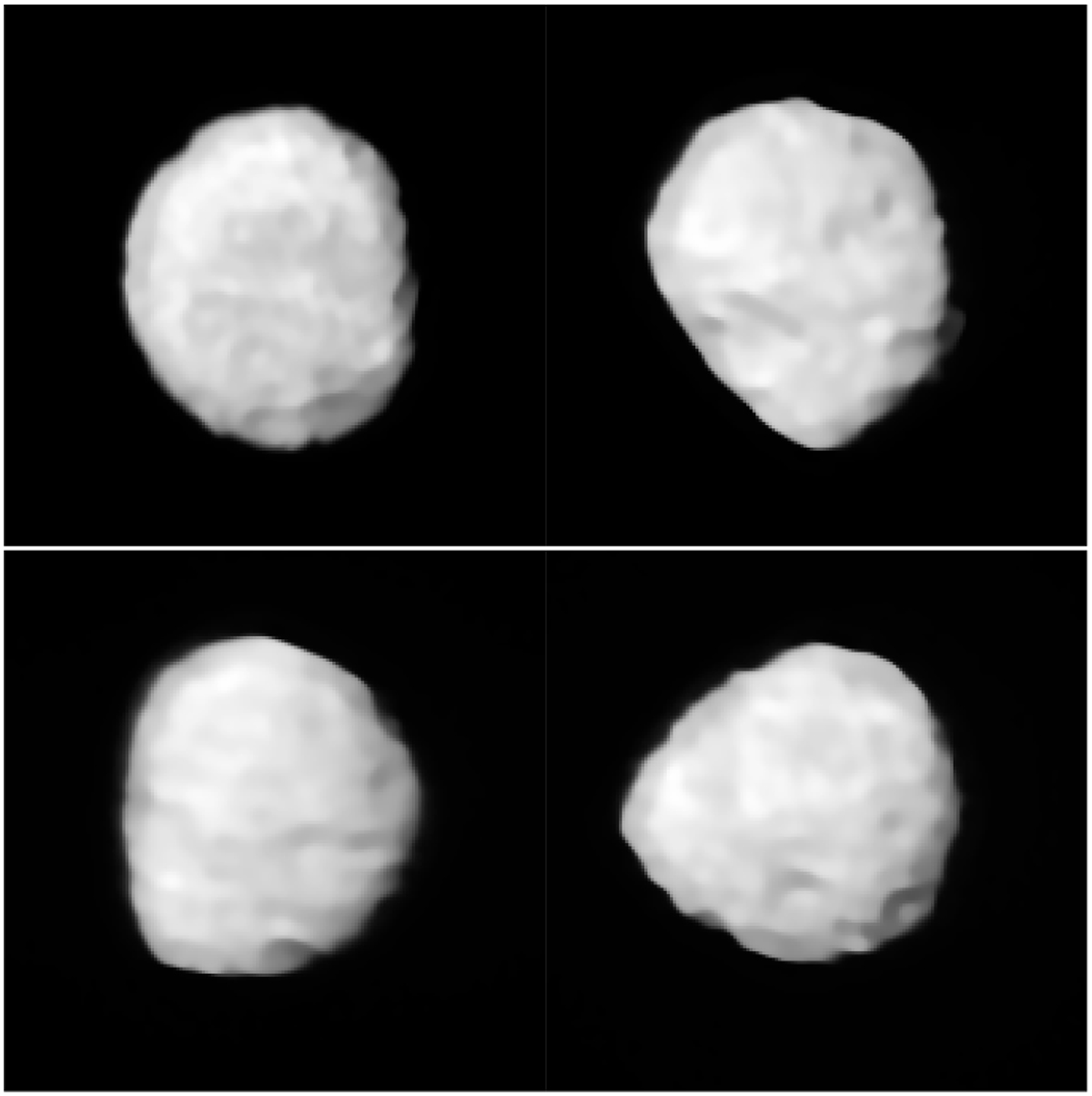