Monitoring the cooling of neutron-star crusts heated during accretion outbursts allows us to infer the physics of the dense matter present in the crust. We examine the crust cooling evolution of the low-mass X-ray binary MXB 1659-29 up to ∼505 days after the end of its 2015 outburst (hereafter outburst II) and compare it with what we observed after its previous 1999 outburst (hereafter outburst I) using data obtained from the Swift, XMM-Newton, and Chandra observatories. The observed effective surface temperature of the neutron star in MXB 1659 - 29 dropped from ∼92 eV to ∼56 eV from ∼12 days to ∼505 days after the end of outburst II. The most recently performed observation after outburst II suggests that the crust is close to returning to thermal equilibrium with the core. We model the crust heating and cooling for both its outbursts collectively to understand the effect of parameters that may change for every outburst (e.g. the average accretion rate, the length of outburst, the envelope composition of the neutron star at the end of the outburst) and those which can be assumed to be the same during these two outbursts (e.g. the neutron star mass, its radius). Our modelling indicates that all parameters were consistent between the two outbursts with no need for any significant changes. In particular, the strength and the depth of the shallow heating mechanism at work (in the crust) were inferred to be consistent during both outbursts, contrary to what has been found when modelling the cooling curves after multiple outburst of another source, MAXI J0556-332. This difference in source behaviour is not understood. We discuss our results in the context of our current understanding of cooling of accretion-heated neutron-star crusts, and in particular with respect to the unexplained shallow heating mechanism.

A movie is available at https://www.aanda.org 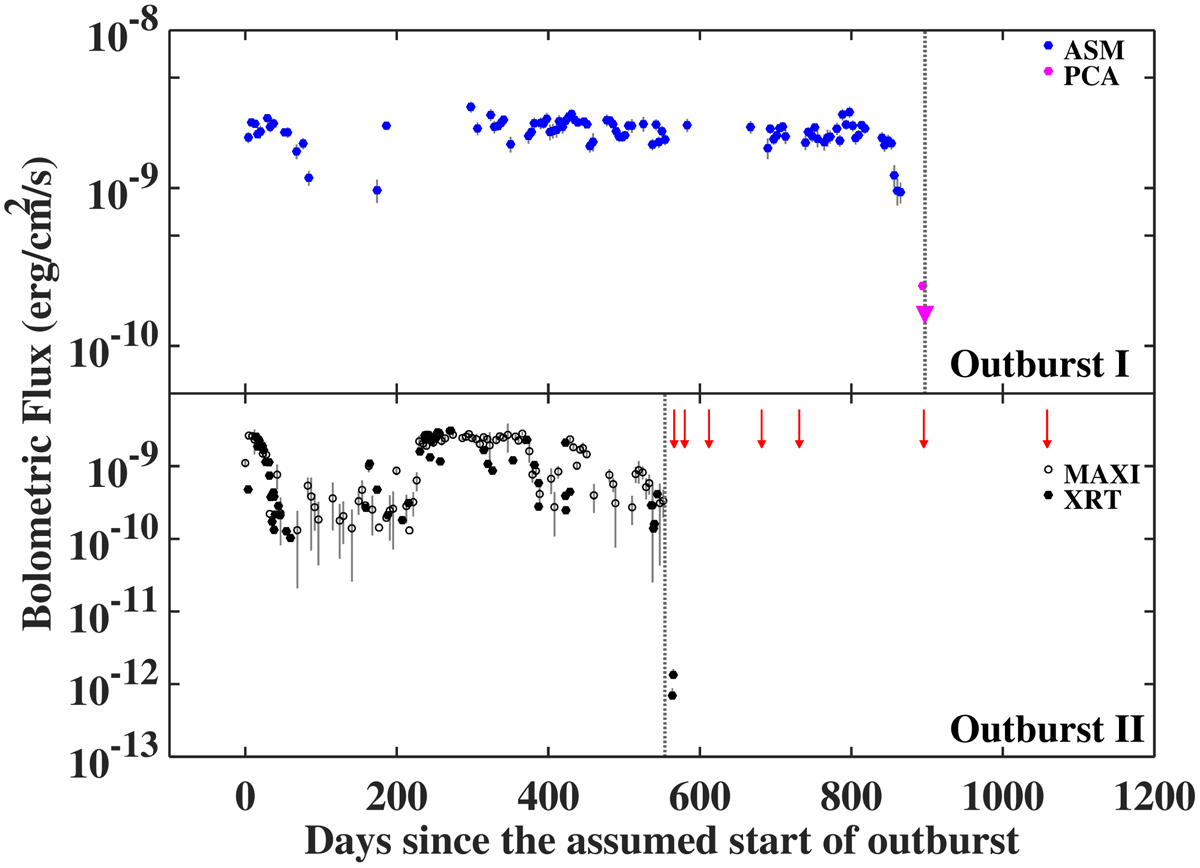