Context. XMM-Newton has observed the X-ray sky since early 2000. The XMM-Newton Survey Science Centre Consortium has published catalogues of X-ray and ultraviolet sources found serendipitously in the individual observations. This series is now augmented by a catalogue dedicated to X-ray sources detected in spatially overlapping XMM-Newton observations.
Aims: The aim of this catalogue is to explore repeatedly observed sky regions. It thus makes use of the long(er) effective exposure time per sky area and offers the opportunity to investigate long-term flux variability directly through the source-detection process.
Methods: A new standardised strategy for simultaneous source detection on multiple observations was introduced, including an adaptive-smoothing method to describe the image background. It was coded as a new task within the XMM-Newton Science Analysis System and used to compile a catalogue of sources from 434 stacks comprising 1789 overlapping XMM-Newton observations that entered the 3XMM-DR7 catalogue, have a low background and full-frame readout of all EPIC cameras.
Results: The first stacked catalogue is called 3XMM-DR7s. It contains 71 951 unique sources with positions and parameters such as fluxes, hardness ratios, quality estimates, and information on inter-observation variability, directly derived from a simultaneous fit. Source parameters are calculated for the stack and for each contributing observation. About 15% of the sources are new with respect to 3XMM-DR7. Through stacked source detection, the parameters of repeatedly observed sources are determined with higher accuracy than in the individual observations. The method is more sensitive to faint sources and tends to produce fewer spurious detections.
Conclusions: With this first stacked catalogue we demonstrate the feasibility and benefit of the approach. It supplements the large data base of XMM-Newton detections with additional, in particular faint, sources and adds variability information. In the future, the catalogue will be expanded to larger samples and continued within the series of serendipitous XMM-Newton source catalogues.

Based on observations obtained with XMM-Newton, an ESA science mission with instruments and contributions directly funded by ESA Member States and NASA.The catalogue is available in FITS format at the CDS via anonymous ftp to http://cdsarc.u-strasbg.fr (ftp://130.79.128.5) or via http://cdsarc.u-strasbg.fr/viz-bin/qcat?J/A+A/624/A77, and at the SSC web pages at http://xmmssc.irap.omp.eu and is searchable via XCatDB at http://xcatdb.unistra.fr/3xmmdr7s and XSA at https://www.cosmos.esa.int/web/xmm-newton/xsa. 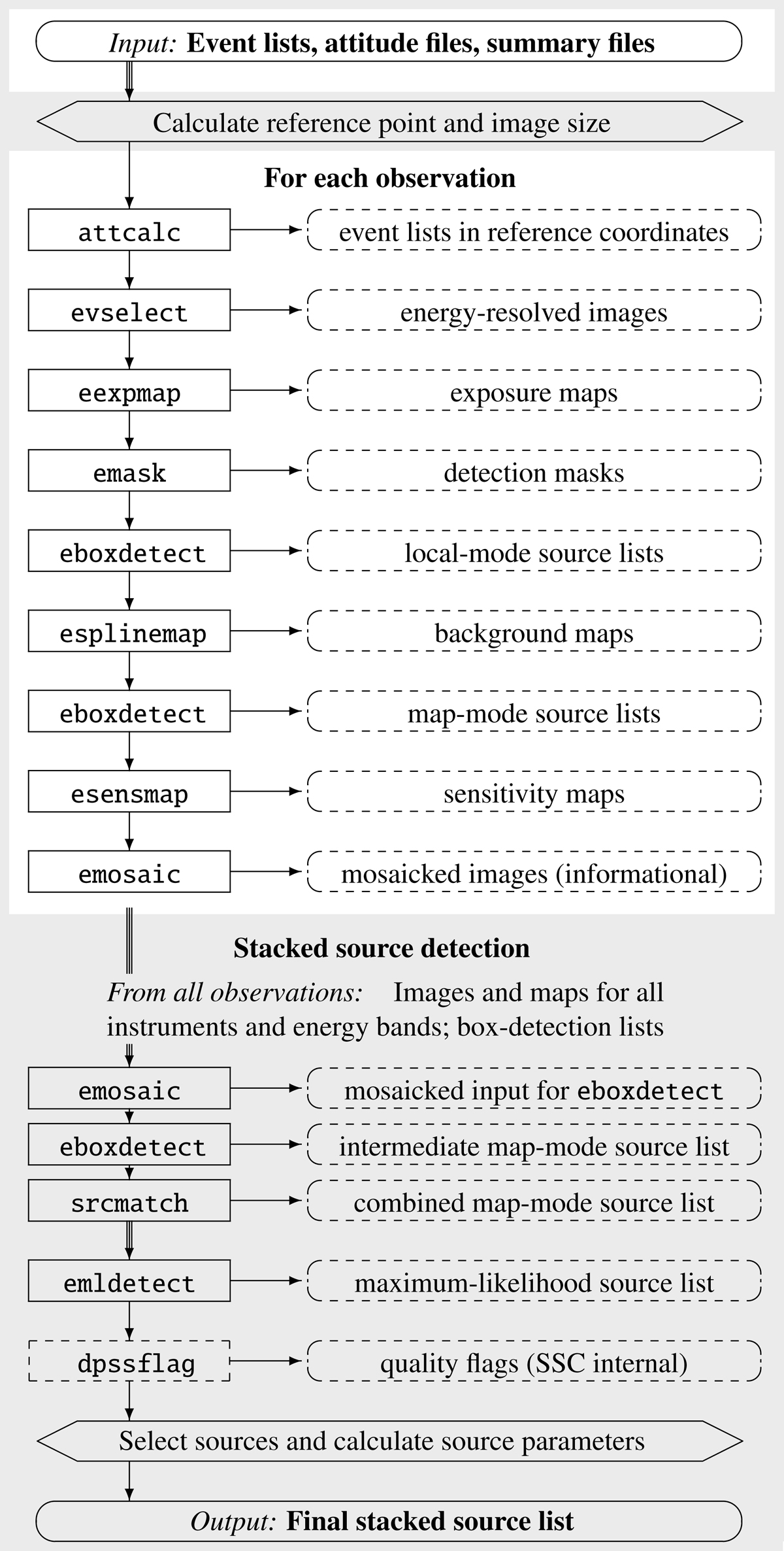