Context. An essential part of the paradigm describing active galactic nuclei is the alignment between the radio jet and the associated rotation axis of the sub-pc accretion disks. Because of the small linear and angular scales involved, this alignment has not yet been checked in a sufficient number of low luminosity active galactic nuclei (LLAGNs).
Aims: The project examines the validity of this paradigm by measuring the radio continuum on the same physical scale as the accretion disks to investigate any possible connection between these disks and the radio continuum.
Methods: We observed a sample of 18 LLAGNs in the 4.8 GHz (6 cm) radio continuum using the Very Long Baseline Array (VLBA) with 3.3-6.5 ms resolution. The sources were selected to show both an edge-on accretion disk revealed by 22 GHz H2O megamaser emission and signatures of a radio jet. Furthermore, the sources were previously detected in 33 GHz radio continuum observations made with the Very Large Array.
Results: Five out of 18 galaxies observed were detected at 8σ or higher levels (Mrk 0001, Mrk 1210, Mrk 1419, NGC 2273, and UGC 3193). While these five sources are known to have maser disks, four of them exhibit a maser disk with known orientation. For all four of these sources, the radio continuum is misaligned relative to the rotation axis of the maser disk, but with a 99.1% confidence level, the orientations are not random and are confined to a cone within 32° of the maser disk's normal. Among the four sources the misalignment of the radio continuum with respect to the normal vector to the maser disk is smaller when the inner radius of the maser disk is larger. Furthermore, a correlation is observed between the 5 GHz VLBA radio continuum and the [OIII] luminosity and also with the H2O maser disk's inner radius. 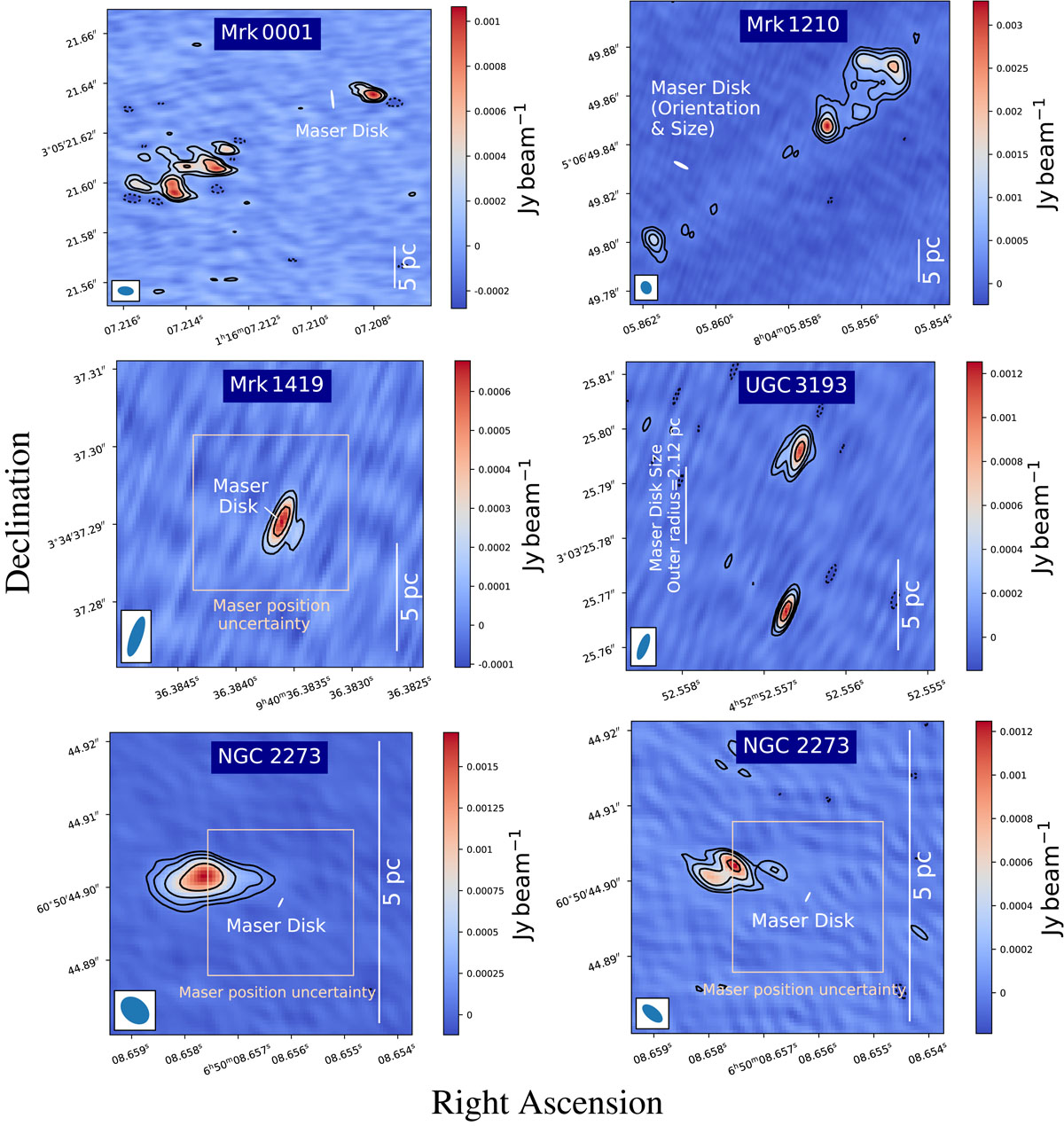